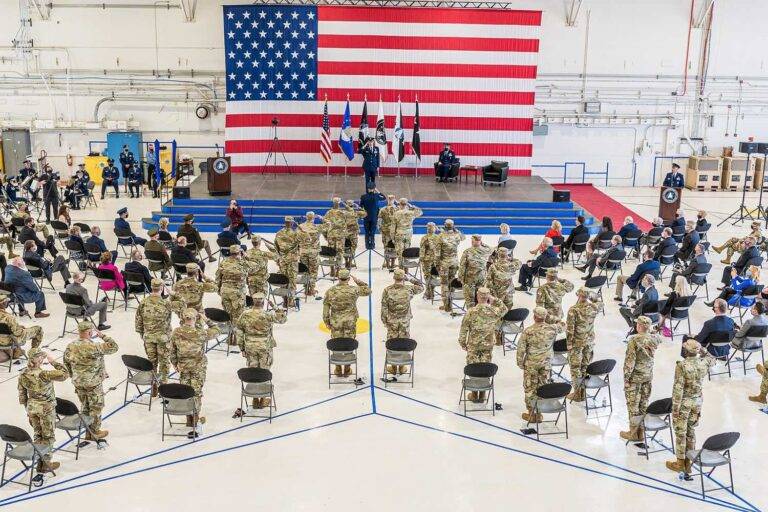 Welcome to this week’s installment of the Intelligence Brief Newsletter. This week we turn our attention toward space, and a few of the items our telescopes are trained on include 1) Nuclear energy in space, 2) a space alliance proposal by the European Union, and 3) the Space Force’s current public relations issues. Let’s dive into things.

In an executive order issued by the White House on January 12, titled “Promoting Small Modular Reactors for National Defense and Space Exploration,” a number of new details were outlined for the development and creation of small nuclear reactors for use in space and defense.

According to the order, “the United States Government will coordinate its nuclear activities to apply the benefits of nuclear energy most effectively toward American technology supremacy, including the use of small modular reactors for national defense and space exploration.  This work is critical to advancing my Administration’s priorities for the United States to lead in research, technology, invention, innovation, and advanced technology development; its mission to promote and protect the United States national security innovation base; its drive to secure energy dominance; and its commitment to achieving all of these goals in a manner consistent with the highest nuclear nonproliferation standards.”

The executive order arrives only a few weeks after an earlier policy directive related to nuclear power in space. The new order directs the administrator of NASA to provide a report within 180 days “in consultation with heads of other executive departments and agencies” that will outline NASA’s requirements for nuclear energy systems. Ultimately, these will help facilitate future space exploration by humans, as well as robotic probes through 2040, about which the ensuing report will also provide cost estimates and other details related to the potential use of such nuclear energy systems for propulsion of spacecraft. The current executive order is among other instances resulting in a report is to be issued within 180 days related to prospective novel aerial technologies.

In response to technological advancements by adversaries like China, the European Union is seeking to expand its access to space by lessening its reliance on the United States and Russia, according to a statement on Tuesday. In the furtherance of this goal, the EU is also calling for a new space alliance; but rather than being one with other nations, it hopes to cooperate more with industrial partners, similar to NASA’s recent partnership with SpaceX.

European Commissioner Thierry Breton said on Tuesday that he doubts current approaches by the EU will ensure its success over the next three decades, and called for a new, more robust strategy.

“We must ask ourselves: will our current approach successfully get us to 2050, considering the disruptions in the sector that we all observe? I strongly doubt it,” Breton said, “and I believe we need a more offensive and aggressive strategy.”

Breton said he plans to issue “a common roadmap for the next generation of launchers and technologies relevant to ensure an autonomous access to space,” allowing the EU to remain in the game while relying less on cooperation with countries like Russia.

China’s space ambitions aren’t the only factor influencing the EU right now. The involvement of commercial companies, particularly in the United States, are helping to set the stage for the future of space exploration in an increasingly competitive international environment. Since 2014, the EU has invested 12 billion euros in the furtherance of space activities and aims to increase this amount to 15 billion euros between now and 2027, pending approval by the European Parliament and EU member governments.

Making Space for the Space Force

With the EU’s announcement, as well as the increased efforts by governments and industries around the world towards an increased presence in “the final frontier,” the relatively recent establishment of the US Space Force would seem only logical. Obviously, many countries are concerned about advancements the likes of China’s launch capabilities, and more broadly, how space will be exploited in decades to come with the establishment of new disruptive technologies.

Despite these legitimate considerations, the Space Force has been mired with controversies since its establishment, ranging from complaints about their uniforms, to the similarities between its logo and other elements to imagery from science fiction. However, the real issue the Space Force has battled since its establishment has been a crisis of credibility, in the eyes of many who perceive it as merely being a rebranding by the Trump administration of existing operations previously housed within the U.S. Air Force.

“For much of the public, the Space Force is seen as a vanity project of Trump’s instead of a long-debated military organization necessary to ensure that the Defense Department can counter Russian and Chinese threats,” wrote Valerie Insinna yesterday at Defense News. As Insinna further notes, “debate about a separate service branch for space originated in 2017,” and resulted from a bipartisan effort.

In reality, discussion about the establishment of a separate branch of the military whose sole domain would be space actually goes much further back than 2017. Specifically, this originated in the early days of the George W. Bush administration, and an assessment led at that time by then-secretary of defense Donald Rumsfeld called the Commission to Assess United States National Security, Space Management and Organization. In its report, the commission looked at the necessity for development of space-based weaponry, and that operations in space were of secondary concern for the U.S. Air Force and its Space Command. The long-term objective, the commission’s report advised, should be the formation of a separate military branch which would oversee space operations, which is precisely what the newly established Space Force does.

Despite its newness, it would be difficult to argue that the idea for a Space Force, and the position that having one would be advantageous in terms of future outlook, has been with us for a while now. If anything, maybe bringing more public attention to the long-term development of the concept would help to offset some of the critiques the Space Force has received.