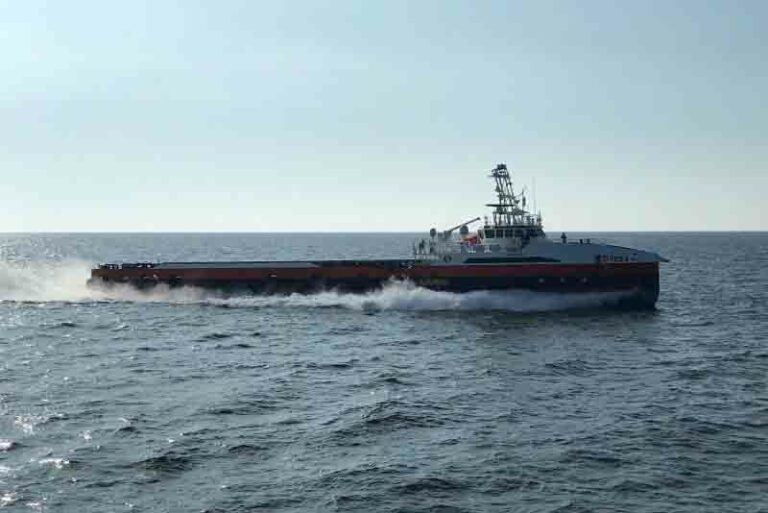 According to a Department of Defense statement, during recent testing, approximately 97% of Ghost Fleet Overlord’s travel from the Gulf Coast to the Coast of California was done autonomously. The DoD says a small crew was aboard monitoring the situation. However, command and control were performed remotely by sailors with Surface Development Squadron One. “One of the few times the USV was guided by its onboard crew was when it traversed the Panama Canal,” said the DoD.

Ghost Fleet Overlord is being developed through a partnership with the Department of Defense Strategic Capabilities Office (SCO) and the Navy. “This is a historic milestone for the program and the Navy. It represents what SCO does best: integrate mature technologies to accelerate service priorities and create new capabilities for our warfighters,” said SCO director, Jay Dryer.

The development of unmanned naval vessels has lagged far behind their airborne counterparts. Notwithstanding their late arrival, America’s advancements in unmanned surface vessels (USV) and unmanned underwater vessels (UUV) has moved at a fever pitch in the last four years.

In 2016, the Defense Advanced Research Projects Agency (DARPA) unveiled America’s first anti-submarine drone warship – Sea Hunter. In the spring of 2018, the Navy announced the crewless, 132-foot-long drone ship had been transferred to the Fleet and was ready for operational use. Virtually everything about Sea Hunter is classified and unknown. In Army of None: Autonomous Weapons and the Future War, Pentagon defense expert, Paul Scharre, describes Sea Hunter as “not only game-changing but paradigm bending.”

Following the successful launching of Sea Hunter in 2018, the Navy turned its focus toward developing a “large unmanned surface vessel” (LUSV), codenamed “Ghost Fleet Overlord.” The Navy defines LUSVs as a vessel 200 feet to 300 feet in length and capable of full load displacements of 1,000 to 2,000 tons, making Ghost Fleet Overlord roughly equivalent to a corvette class warship.

Meeting emerging military challenges, particularly from China, is only one of the motivators driving the Navy’s aggressive pursuit of USVs and UUVs. Because the vessels do not need to incorporate spaces and support equipment for human onboard operators, the individual cost to procure unmanned vessels is dramatically less than manned ships. Additionally, as the Congressional Research Service points out in a December 2020 report provided to lawmakers, the absence of human crews make unmanned vessels like Ghost Fleet Overlord “particularly suitable for so-called “three-D” missions, meaning missions that are “dull, dirty, or dangerous.”

The Navy says the rapid development of Ghost Fleet Overlord has been achieved by taking commercial sea vessels and integrating readily available and government-provided onboard equipment to convert the craft into an unmanned surface vessel.

By September 2021, the DoD says the drone ship will transition to the Surface Development Squadron One. The unmanned vessel will then be further integrated with command-and-control systems, payloads, and undergo more complex and challenging testing. The Navy is also set to acquire two more Ghost Fleet Overlord prototypes to accompany the two current USVs undergoing sea trials.

The Navy says Ghost Fleet Overlord is on track to be operationally ready by late 2024, early 2025.