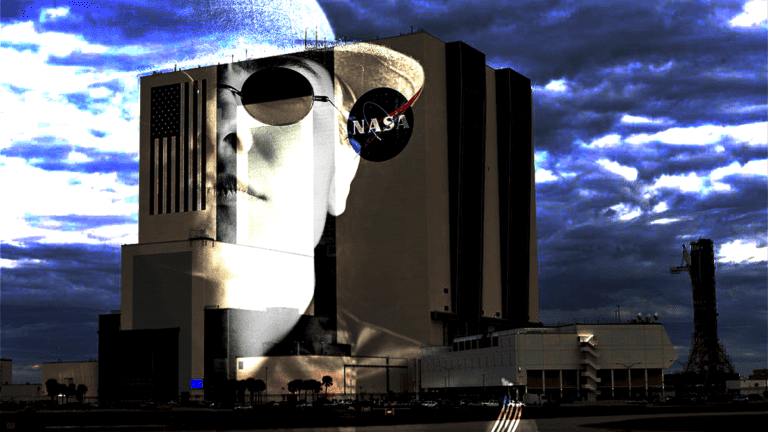 On January 13, 2021, a former senior NASA scientist pled guilty in Manhattan federal court for making false statements about their involvement with China’s Thousand Talents Program. A program U.S. authorities say amounts to a spy ring, seeking to steal intellectual property for the People’s Republic of China.

According to the Department of Justice (DOJ), in late October 2020, Meyya Meyyappan, 66, of Pacifica, California, lied to federal investigators about several things, chiefly that he was not a member of China’s Thousand Talents Program. “In truth and in fact, Meyyappan was a member of the Thousand Talents Program and held a professorship at a Chinese university, funded by the Chinese government,” the DOJ said in a statement.

Established in 2008 by China’s central government, the Thousand Talents Plan or Thousand Talents Program aims to recruit leading international experts in science and technology, research, and innovation. Far from being a secret, the program offers permanent recruitment into Chinese academia and attempts to bring in leading international experts at top-tier universities and research centers for short-term employment in China.

According to the program’s English website, successful applicants to the Thousand Talents Program can expect to earn a 1 million yuan (U.S. $151,000) starting “bonus,” and the opportunity to apply for research funding of 3-5 million yuan (U.S. $464,000 to $773,000). Foreign scientists who relocate to China additionally receive incentives, such as accommodation subsidies, meal allowances, relocation compensation, and paid-for-visits home. The Chinese government says they will also find jobs for foreign spouses or provide equivalent salaries to what they currently earn locally. Chinese ex-pat scientists living abroad under the age of 40 are offered the same benefits as foreign recruits for returning and lending their expertise back to their country of birth.

China says the Thousand Talents Program is simply meant to encourage innovation and scientific advancement. However, U.S. national security experts say it is a part of China’s widespread espionage and attempts to commit intellectual theft.

A 2018 report issued by the National Intelligence Council said the Thousand Talents Program’s underlying motivation is to “facilitate the legal and illicit transfer of U.S. technology, intellectual property, and know-how” to China. In a November 2019 open hearing on Threats to the U.S. Research Enterprise: China’s Talent Recruitment Plans, U.S. officials called the Thousand Talents Program a “threat to national security.”

Former Under Secretary of Defense for Research and Engineering, Michael Griffin, said The Pentagon is currently “facing an unprecedented threat to its technological and industrial base” because of widespread spying efforts by China. In a previous interview with The Debrief, former Chief of Counterintelligence for the CIA, James Olson, said China had a “voracious” appetite for U.S. sensitive information and technology.

“It is not limited to penetrations of the U.S. government, but it also includes military-related technologies, industrial processes, agriculture, medicine, space, and cutting-edge research in any area that exceeds Chinese capabilities,” said Olson.

According to the DOJ, Meyyappan began working for NASA in 1996. In 2006, Meyyappan was promoted to Chief Scientist working in Exploration Technology at the Center for Nanotechnology, at NASA’s Ames Research Center. “In his position at NASA, Meyyappan was subject to certain statutory, regulatory, and agency restrictions and reporting requirements regarding, among other things, outside employment, travel, and compensation. Notwithstanding these prohibitions, Meyyappan participated in China’s Thousand Talents Program,” said the DOJ.

Meyyappan is not the only NASA scientist accused by the DOJ of having ties to China’s Thousand Talents Program.


Meter-Size Interstellar Objects Are Much Tougher than Solar System Rocks!

In 2020, University of Tennessee professor Anming Hu, Zhengdong Cheng of Texas A&M University, and University of Arkansas professor Simon Saw-Twong Ang were all arrested by the DOJ based on varying accusations of having worked with China’s Thousand Talents Program. All three academics were involved in NASA related research projects at the time of their arrests.

In 2013, research scientist and NASA contractor Bo Jiang was arrested by federal authorities moments before departing on a one-way ticket from Washington D.C. to Beijing. Initially, authorities said Jiang was planning to share a NASA laptop containing sensitive information with China. However, federal prosecutors later acknowledged, “None of the computer media that Jiang attempted to bring to the PRC [People’s Republic of China] on March 16, 2013, contained classified information, export-controlled information, or NASA proprietary information.”

Jiang’s charges were reduced to a single misdemeanor for misuse of government office equipment concerning pornography discovered on the NASA laptop Jiang had been using. China has accused the United States of “McCarthy-style paranoia.”

The DOJ says Meyyappan could face up to five years in federal prison and a maximum fine of $250,000. Presently, Meyyappan is scheduled to be sentenced by a federal judge on June 16.