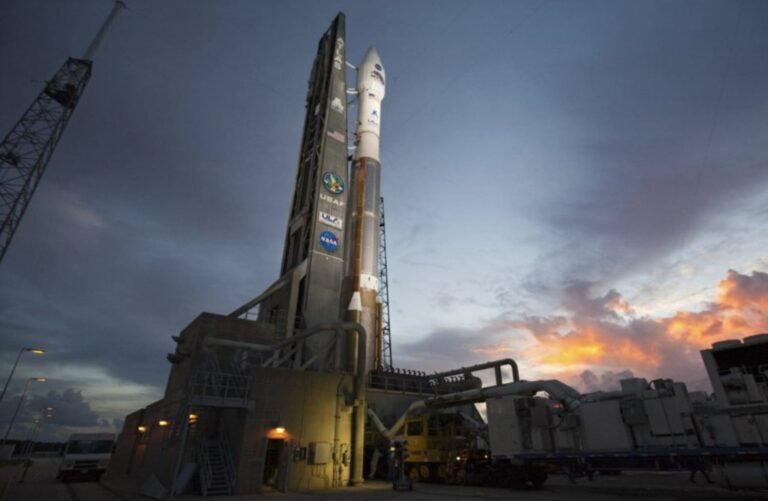 According to its website, the U.S. Space Force (USSF) “is responsible for organizing, training, and equipping Guardians to conduct global space operations that enhance the way our joint and coalition forces fight, while also offering decision-makers military options to achieve national objectives.”

This mission allows the organization to develop weapons systems, as well as strategies for keeping both space and U.S. airspace safe. Just like the rest of the military, the USSF is based in the pentagon, with many of its members coming from the U.S. Air Force. While the USSF is mainly operated by military personnel, they do allow civilians to join. This allows for a wider range of perspectives on methods to keep space safer and more democratic.

Teams from both the USSF and Atlas V (part of the United Launch Alliance, ULA) launched the pair of satellites from Cape Canaveral. The launch was to test the tracking technology, as well as ballistics and hypersonic systems on the satellites. The entire mission cost $1.1 billion but had a successful launch as the rocket shot up with 2.3 million pounds of thrust. The mission finished after six hours when the rocket placed the two satellites in Earth’s orbit 22,300 miles in the atmosphere.

According to Gary Wentz, ULA vice president of Government and Commercial Programs, “This mission once again demonstrated ULA’s unmatched capability of precisely delivering the country’s most critical assets to a highly complex orbit. Our strong partnership with the USSF team is essential to maintain our nation’s security advantages and achieve robust mission assurance. Thank you to the ULA team and our mission partners for the indelible commitment to mission success.” ULA has launched 151 rocket missions, all of which have seen successful completion.

Outlook: The Next Steps For the Space Force

This satellite launch is only the beginning of the USSF’s plans for the future. Currently, the USSF website includes several different organizations it is collaborating with, which includes the Pacific Northwest National Laboratory and MIT. Although the exact sorts of weapons the USSF is developing remain unclear, the recent launch from Cape Canaveral presents us a fairly good idea about things to come, and what to expect from the newest branch of the military in the years ahead.


China dominates the drone market, both from a commercial and militairy perspective.