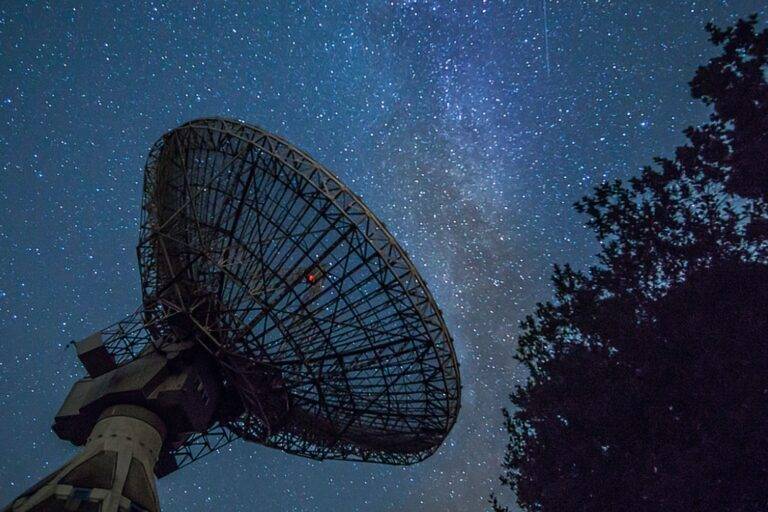 The Search for Extraterrestrial Life

Happy ET Week everyone, and welcome to this installment of The Intelligence Brief. A few items in our cosmic queue are 1) science and the search for extraterrestrial life, 2) Harvard University astronomer Avi Loeb on the building blocks of alien life and 3) scientific hubris toward topics like aliens. Finally, we’ll revisit an old favorite: 4) unidentified aerial phenomenon or UFOs, and how they relate to the scientific search for alien life… time to disembark.

One of the greatest questions ever addressed by science, and by humans throughout the ages, has to do with whether we are alone in the universe.

The prospect of discovering forms of extraterrestrial life—and perhaps even intelligent ones—would be groundbreaking by itself. However, answering this longstanding cosmic question would also provide humans with much-needed perspective about life here on Earth. It may causes us to consider how life might have first come into to existence here on Earth, and even more fundamentally, what it really means to be alive.

This week, The Debrief has focused on questions like these, and how scientists today are leading the search for alien life. We have taken a look at many scientific advancements that are moving us toward resolving this great question about our universe, and among these is the James Webb Telescope, which is set to become successor to the famous Hubble Space Telescope. According to NASA, “Webb will be the largest, most powerful and complex space telescope ever built and launched into space,” and its capabilities “will fundamentally alter our understanding of the universe.”

The JWT will represent a new milestone for NASA, and speaking of milestones, The Debrief is happy to announce this week the launch of its new YouTube podcast, which also calls for an official welcome of its host, Michael Mataluni, into the fold. Keeping with the theme this week, Mataluni spoke with astrobiologist Tessa Fisher and talks about alien life, exoplanets, and Oumuamua, an enigmatic object and the first from interstellar space, which astronomers first observed in 2017. For more on ‘Oumuamua, Tim McMillan also provided an in-depth interview with Harvard astronomer Avi Loeb on this, whose main contention is that the peculiarity of ‘Oumuamua warrants consideration as to whether it might indeed represent a vessel or probe of extraterrestrial design.

The Building Blocks of Alien Life

‘Oumuamua is not all that interests Avi Loeb when it comes to extraterrestrials, and through the search for other life forms, humankind also may one day have the benefit of learning more about the complex processes that first led to life here on Earth billions of years ago.

Though the building blocks of life can be easily studied in the laboratory today and made to replicate certain functions that scientists believe gave rise to life on our planet, we have yet to explain precisely what could have allowed for this to occur naturally under the cataclysmic environment of our early world. A statement by the late biochemist Robert Shapiro of New York University comes to mind here, who once compared scientists replicating the conditions that must have led to life emerging on our early planet to “a golfer, who having played a golf ball through an 18-hole course, then assumed that the ball could also play itself around the course in his absence.” Simply put, we have yet to fully decipher what conditions might have led to life springing forth on our early planet.

“What’s the chance that all the chemicals that were cooked together on the surface of the Earth by random processes ended up making the best cake you can imagine?” Avi Loeb asks. “The chances are small.”

Loeb wonders whether the circumstances which could have given rise to life on faraway alien worlds might have resulted in much more intelligent beings, whose advanced technologies could also still exist someplace out there.

“Other circumstances could lead to much more intelligent beings,” Loeb told The Debrief during one of several discussions we had with him in recent days. “And also, if they had more time than we did for developing technologies. Their technologies would be far more advanced than ours. Because… right now, [our] technologies develop on a timescale of a few years. And just imagine what technology would be like a hundred years from now, a thousand years… a million years. Or a billion years. And the sun formed relatively late in the history of star formation in the universe. And so we are relatively late bloomers, so to speak.”

“There are so many other sunlike stars that formed billions of years earlier than [our] sun. In fact, some of them have died by now—they consumed all of their nuclear fuel—and so if there are intelligent beings out there, you know, if they’re still around, they’re much more sophisticated than we are.

Scientific Hubris and the Search for Extraterrestrials

Loeb also speaks to what he views as hubris in the scientific community, and especially the time-honored human tendency to place humans at the center of the cosmic equation.

“I start from a point of view of modesty,” Loeb says. “I think that’s the best approach to life. Humans early on in history thought that we are at the center of the universe. Aristotle, the great philosopher… put the Earth and us at the middle of the universe.

“That’s a natural thing to do,” Loeb contends. “When I look at my daughters… when they were infants, they tended to think that the world centers on them. But then they went out to the street, and they saw other kids, and they got a better perspective. We as a civilization [has not] matured yet. We did not realize that we aren’t at the center of the action.”

“We did realize that we’re the center of the physical universe,” Loeb says, although noting that “it took some time to recognize that.”

Loeb would be qualified to speak to this point—that is, humanity’s long held anthropocentric attitudes. After all, it had been the observations of early astronomers that first began to offer clues about where Earth really resides on the great cosmic canvass, and that while we’re a part of the painting, we are far from being the main subject.

Nonetheless, there are still many areas where the human tendency to place ourselves at the center of things prevails, which is especially the case when it comes to alien life.

“People still have the luxury of believing we are at the center of the biological universe,” Loeb says, largely on account of the fact that until solid confirmation of the existence of extraterrestrials does finally turn up, we remain the only known life forms in the universe… the only ones known to humans, at least.

“We think we are special. We are really unusual, and that there is nothing out there. And not only that, but the astronomy community—the mainstream—says let’s not talk about it. Let’s not discuss the possibility that some unusual object that came to our vicinity could have been produced by another civilization, because it looks so weird.”

SETI and UAP: An Uneasy Alliance?

Loeb is referring here, of course, to ‘Oumuamua, about which he has recently authored an entire book. Although it was initially believed to have been a comet, ‘Oumuamua’s observed behavior and apparent shape seemed to suggest otherwise.

According to NASA, “observations revealed no signs of cometary activity after it slingshotted past the Sun on Sept. 9, 2017 at a blistering speed of 196,000 miles per hour (87.3 kilometers per second). It was briefly classified as an asteroid until new measurements found it was accelerating slightly, a sign it behaves more like a comet.”

Loeb contends that trying to place ‘Oumuamua into the comet or asteroid category while not accounting for its more unusual aspects is tantamount to attempting to fit a square peg into a round hole.

“It doesn’t look like any asteroid or comet that we have seen before. So it all boils down to this stubbornness of making [ourselves] special. Which I attribute to being arrogant.

“Basically, why would we believe that there is nothing out there? Only if we are arrogant, and that turned out to be the wrong attitude throughout human history.”

For more on Avi Loeb, as well as his new book which examines the idea that ‘Oumuamua could have been an extraterrestrial probe or craft of some kind, be sure to read Tim McMillan’s aforementioned interview with Loeb. You can also listen to the podcast I recorded with him on The Micah Hanks Program here.

This week, UFOs seem like a good note to end on. To that point, I have long wondered about the timing of ‘Oumuamua’s arrival in late 2017, and the appearance of a New York Times article which first brought widespread public attention to a Pentagon group which studied potential aerial threats called the Advanced Aerospace Threat Identification Program (AATIP).

To be clear, I don’t propose that there is any explicit connection between these events; it is merely the fact that they roughly coincided that, if nothing else, is a bit novel for the following reasons. Imagine for a moment if ‘Oumuamua had actually been an extraterrestrial probe or other craft—something that, in likelihood, we will probably never be able to confirm—and while even a handful of astronomers and other scientists like Avi Loeb have been willing to consider this, we might not be required to look into the depths of space for evidence of extraterrestrial life and exotic alien technologies at all. In fact, they might be found much closer to home (i.e. here on Earth) if one only knew where to look.

This thought experiment gives credence, of course, to one popular interpretation of what unidentified aerial phenomena (or UFOs) might represent. Proponents of the existence of unusual aerial objects from over the years have long maintained that they could represent a form of extraterrestrial technology. However, while a large amount of data has been collected since the end of World War II pertaining to these objects, both by military and civilian programs, no consensus has been reached in terms of what their likely origins are.

This is hardly surprising, considering the fact that scientists generally pay so little attention to the UFO subject, and customarily greet even the most compelling data with dismissal. Along similar lines, during my recent conversation with Avi Loeb he recalled one colleague telling him that he “wished we had never found ‘Oumuamua.” This, to Loeb’s surprise, had been because the unique behavior of the interstellar object didn’t fit neatly into what science understood and could easily explain. In other words, Loeb’s colleague would rather not have to make discoveries that challenge our consensus views and scientific paradigms.

If UFOs do represent a genuine mystery—possibly even one of extraterrestrial provenance—they deserve serious attention, no matter how unlikely such prospects may seem at a glance. Equally, we should recall past instances where the scientific discovery process has been impeded by unwarranted dismissal; healthy skepticism should always be requisite within the sciences, but nothing could be more harmful to progress than ignorance… especially the willful variety.