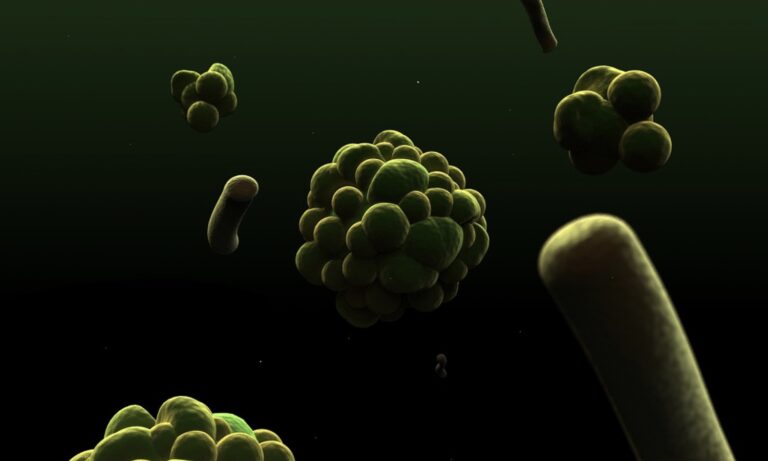 The Secret Life of Drugs: A Much Awaited Tell-All from the Species in Your Feces


Are we flushing away important health information with every bowel movement?

There are trillions of microorganisms living inside our gastrointestinal tract that play important roles in health and disease. Scientists estimate that there might be more than 2,000,000 genes in the gut microbiome — dwarfing the 20,000 genes within our genome. It also turns out that the liver isn’t the only organ in our body breaking down alcohol and prescription medications.

Scientists still don’t understand everything about drugs and what they do inside of the gut. There’s a wild party going on in the gastrointestinal tract — but unlike the gut microbiome, we don’t have an invite.

Luckily, gut bacteria regularly interact with the prescription drugs and other medications we’re taking. A portion of this gut bacteria ends up in your feces, which in turn gives scientists insight into the microbiome.

Today, you get an exclusive peek into the secret life of drugs and why the microbiome may be key for personalized medicine.

The Secret Life of Drugs

We’re only beginning to learn how this affects the body’s response to drugs and other medications. In the future, clinicians might develop fecal fortune-tellers — tests that predict which drugs an individual is most likely to respond to and which lead to side effects.

What exactly happens to drugs when they enter your body? Most drugs are either absorbed directly in the stomach or the gut. While drug metabolism is mainly the liver’s job, Sofia Cussotto, Ph.D., a postdoctoral researcher at the University of Bordeaux, in the NutriNeuro lab, added that this process is also mediated by the microbiome. “Certain microbes have the enzymes [to act] on specific drugs.”

But the drugs themselves also affect individual bacteria, like antidepressants — a focus of Cussotto’s past research — which have noted antibacterial effects. A 2018 study of more than 1000 non-antibiotic drugs found that almost 1 in 4 inhibited the growth of common gut microbes. These interactions may be responsible for some unwanted side effects of common medications.

Microbes can also eat drugs without actively metabolizing them — through a process called bioaccumulation — an unexpected result. Martina Klünemann, Ph.D., was the first author of this work conducted at the European Molecular Biology Laboratory as part of her graduate studies.

Think of it like eating a burger, normally the enzymes in your body will break it down to its constituent nutrients. But if we were to bioaccumulate burgers, they’d just sit there, stowed away inside our bodies likely disrupting our normal physiological function.

The drug “disappeared” indicating that the bacterium was interacting with it. She couldn’t detect any signals or metabolites that indicated the drug degraded, but the bacterium changed its metabolic behavior. Klünemann and her colleagues discovered that the drug itself was left intact, bioaccumulating inside the microbes. As you can imagine, if you were bioaccumulating burgers inside your body, it would disrupt or shift other physiological processes.

Across 15 different drugs and 25 bacterial strains, this work found 29 new microbial-drug interactions. The antidepressant duloxetine bioaccumulated within certain bacteria, binding to different proteins inside the bacteria and altering its activity, and even preventing the antidepressant effect within a host organism. If the bacteria are taking up a large amount of a certain drug, it isn’t being absorbed and used as intended by the host (you!).

Drugs kill bacteria and slow their growth. Bacteria digest drugs. Bacteria bioaccumulate drugs. If someone has a lot of bioaccumulating bacteria in their microbiome, perhaps it means they need a higher dose of a drug to achieve its therapeutic effect. Scientists are learning to harness and understand these processes to predict the side effects and efficacy of prescription medicines.

The poop that we flush away is full of bacteria that could one day foretell your future. Genomic information can be extracted from poop, then sequenced and analyzed to determine which treatments a person is most likely to respond to. It may also predict which medications may exert side effects mediated by the gut bacteria.

“Often need to take them for a couple of weeks until you get an improvement,” Klünemann explained of antidepressants. She added that perhaps a shift in the microbiome is also required for their actions and side effects as well. Antidepressants are a class of medication that is notoriously challenging to prescribe because it’s hard to tell which person will respond well to a specific drug.

Another well-studied example is medications for schizophrenia, which lead to unwanted weight gain — now shown to be mediated by gut microbes, at least in rats and mice. “The side effects are also potentially explainable by changes in the microbiome,” Klünemann said. “Or [the effects] could be caused because the drug is affecting the metabolism of bacteria.”

“We’re still more focused on the preclinical models: mice, rodents, bacterial culture, or even the fermenter,” Cussotto said. It may be a while until these findings are tested and become clinically relevant for patients. But some preliminary studies are already showing the predictive power of poop.

The microbiome could predict the response to cancer immunotherapy though researchers aren’t entirely sure why. Future studies may figure out how specific features of the gut microbiome contribute to other drugs, their side effects, and remission.

Another large study showed that there are microbial signatures common to various kinds of depression. Antidepressants are particularly interesting to target since there aren’t any well-established biomarkers (yet) that predict whether an individual will respond well to a particular medication. The average antidepressant leads to remission or improvement in about 30 percent of patients. It often takes several weeks to figure out the right antidepressant for a particular person.

“Potentially this can be reduced by looking at your microbiome,” Klünemann explained. “We can already say from the beginning, these three antidepressants will not work for you, or they might work but they will definitely cause [unpleasant] side effects.”

Understanding these interactions could also improve the long-term quality of someone’s life. “If you take drugs for the whole lifetime, which have side effects like weight gain, diarrhea, and bloating, it makes your life a little bit complicated,” Klünemann said.

Even though it might be a decade or two until this research becomes clinically useful, there are plenty of promising studies showing off the predictive power of our gut microbiome. Importantly, our poop can tell us about the secret life of drugs.