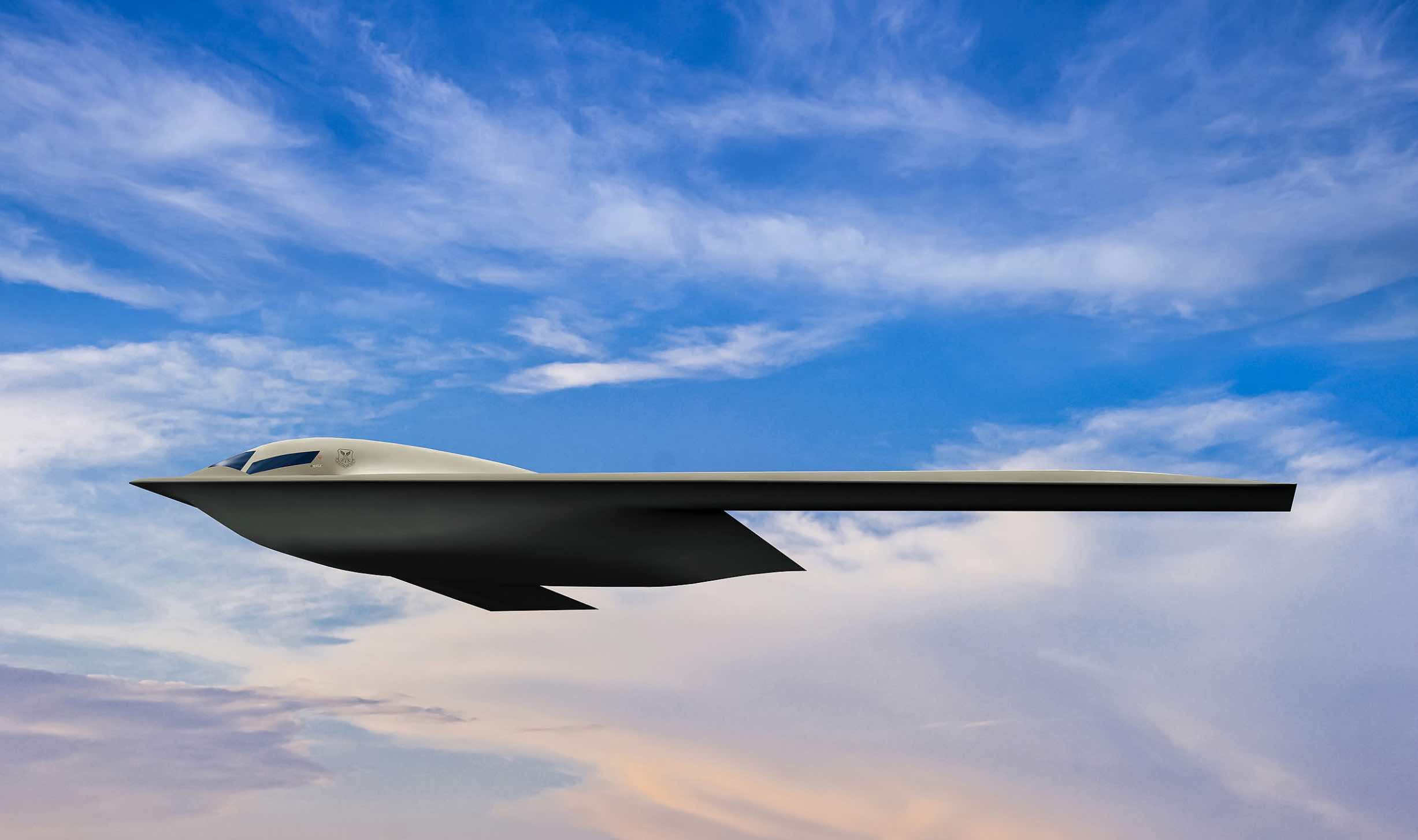 This week, the public will get a glimpse of the world’s first sixth-generation aircraft as Northrop Grumman finally reveals its secretive B-21 Raider strategic bomber.

The aircraft, which has generated a significant amount of buzz in recent weeks leading up to its public unveiling, is set to be part of the U.S. Air Force’s Long Range Strike Bomber program and will provide state-of-the-art extended long-range delivery of heavy payloads—both conventional and thermonuclear—with capabilities that exceed any other intercontinental strategic bomber in the U.S arsenal.

Named in honor of the April 1942 Doolittle Raid led by Lt. Col. James “Jimmy” Doolittle, which served as a demonstration of U.S. air superiority with the first American air operation to strike the Japanese archipelago, the bomber aircraft is set to be unveiled on December 2 at Northrup Grumman’s facility in Palmdale, California.

“When delivered to the Air Force, the B-21 will join the nation’s strategic triad as a visible and flexible deterrent,” the company said in a statement on Tuesday, “supporting national security objectives and assuring the nation’s allies and partners.”

Although images mostly consisting of artistic renderings of the craft from various angles have appeared online in recent weeks, they leave much to the imagination. However, with the sixth-generation aircraft’s public unveiling steadily approaching, there are a few things that we know about the advanced capabilities of the Air Force’s latest and most impressive aircraft, which will be capable of precision strikes anywhere on the globe.

The U.S. military’s current arsenal of fifth-generation aircraft provides several key battle-ready capabilities that make them optimal for threat environments. However, at the current rate of technological development, it has been increasingly evident that ensuring the success of these fighters will require enhancements not only to their overall battlefield survivability and ground support functions but also to their performance in domains that include cyber and space warfare.

Fitted with stealth capabilities more than three decades in the making, the B-21 Raider will represent the epitome of 21st-century strike and stealth technology, including some of the most advanced stealth airframes, instrument panels, avionics, and other elements currently in development.

“Developed with the next generation of stealth technology, advanced networking capabilities and an open systems architecture, the B-21 is optimized for the high-end threat environment,” Northrup Grumman said this week.

The B-21’s stealth capabilities will also rely on unique manufacturing and materials that are specifically designed to meet the challenges presented by modern anti-access/area denial systems. The resulting aircraft is a dual capable penetrating strike stealth bomber, which the USAF says will form “the backbone of the future Air Force bomber force,” serving alongside its existing arsenal of B-52s.

As the world’s first sixth-generation aircraft, the B-21 Raider will fill a unique role in the USAF’s existing family of systems that comprise its Long Range Strike program. Its prowess and ability to carry out precision strikes virtually anywhere in the world will complement the military’s existing capabilities that include intelligence, communication, electronic attack, surveillance and reconnaissance, and a host of other assets.

The numerous advantages presented by sophisticated drone aircraft in recent decades have led to additional challenges in developing a successor to the Air Force’s manned bomber aircraft that can complement the formidability of smaller, remotely controlled aircraft. Rising to those challenges, the B-21’s design makes it capable of both manned and unmanned operations, helping to secure its place as the backbone of the U.S. military’s air power in the years ahead.

Another key strategy in designing the B-21 involves the use of open systems architecture, which aims to help offset integration risks in the coming years as new applicable technologies are developed. Such design is also economically efficient, as it is conducive to competitive development as the military seeks to advance the capability of the B-21 and the rest of its arsenal, which will help the new sixth-generation aircraft evolve in the years ahead.

As a result, the B-21 is in every sense a digital bomber, integrating advanced manufacturing, software development, and overall engineering that aim to reduce production risks with the B-21 while also helping to ensure sustainability in its production.

Significantly, Northrup Grumman has managed to migrate the ground systems data for the B-21 into a cloud environment, which enables a robust—and secure—digital infrastructure that will aid interoperability and will also reduce infrastructure costs.


Welcome to The Debrief, where we cover science, technology, defense, and the world of tomorrow.

In September, it was announced that Northrup Grumman had entered a data rights agreement with the Air Force aimed to help facilitate a demonstration of cloud-based technologies, but also to ensure that the program could combine the best elements of affordability with the implementation of fast and reliable upgradability in the coming years.

Earlier this year, it was also announced that the migration of B-21 ground systems data into a cloud environment had already been successfully demonstrated. “This successful test proved the ground systems footprint can be significantly reduced at main operating bases and in deployment packages,” Northrup Grumman said in a statement on its website. “This approach will drive affordability and readiness advantages in operations and sustainment.”

Along with its innovative design and digital capabilities, Northrup Grumman says it has relied on having a nationwide team comprising more than 8,000 individuals from its own company, its industry partners, and the Air Force, rounding out a team consisting of more than 400 suppliers with locations in 40 states. All of these help ensure sustainability in the long term as the B-21 Raider is unveiled and set on a course to lead the efforts of the bomber fleet in support of the United States’ strategic deterrence strategy.

“In a dynamic global security environment, the B-21 will provide the flexibility and deterrence critical to the security of the U.S. and our allies,” Northrup Grumman said in a statement.

Presently, there are six B-21 Raiders under construction, which the company says are nearing the final stages of assembly at its facility in Palmdale, California, where the new aircraft will be unveiled in the days ahead.