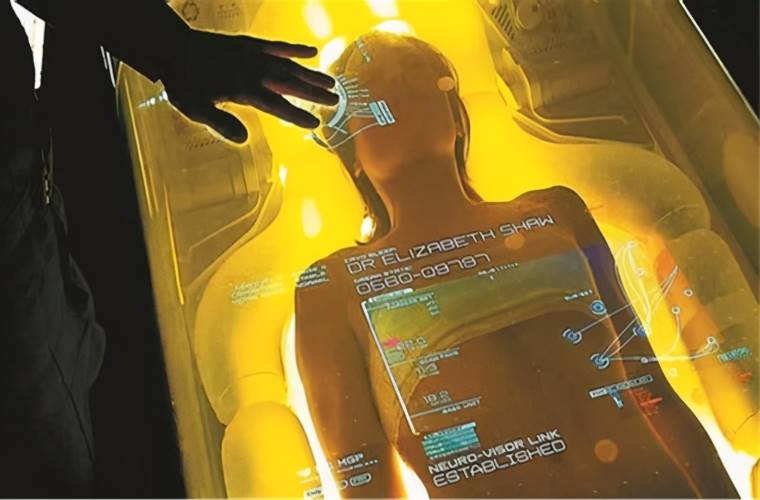 Crewed missions into space are complicated. Humans need a lot of things to stay alive on long voyages. Food, water, and air aside, keeping the mind and body occupied requires a lot of room and materials, and while crossword puzzles can keep you busy, they are not enough for prolonged periods. What if we could simply place the crew into a human hibernation state, and they could sleep their way through the solar system? The idea seems logical, but the human body isn’t exactly built for it.

Developing the technology to travel quickly through space is becoming increasingly important as our species has its eyes on Mars and beyond. While the latest developments in propulsion may shorten the time it takes to reach other planets in our solar system, we are nowhere near reaching science-fiction level lightspeed. This makes outer space a vast place where travel between two points can take months, years, and even decades. Moving beyond our solar system, we are talking about trips that last tens of thousands of years at the minimum.

Long-term missions would require enormous amounts of supplies and room to keep the crew from going stir-crazy. Moreover, the long-term effects of cosmic radiation and zero gravity can cause some pretty severe health problems. It is only reasonable that NASA and the European Space Agency have studied inducing hibernation on more extended space missions, suggesting that such a method would reduce the resources needed to keep the crew alive, and shield them from some of the natural hazards of space travel.

“The basic idea of putting astronauts into long-duration hibernation is actually not so crazy: a broadly comparable method has been tested and applied as therapy in critical care trauma patients and those due to undergo major surgeries for more than two decades. Most major medical centres have protocols for inducing hypothermia in patients to reduce their metabolism to basically gain time, keeping patients in a better shape than they otherwise would be,” the ESA’s SciSpacE Team Leader Jennifer Ngo-Anh said in 2019. “For a while now hibernation has been proposed as a game-changing tool for human space travel. If we were able to reduce an astronaut’s basic metabolic rate by 75% – similar to what we can observe in nature with large hibernating animals such as certain bears – we could end up with substantial mass and cost savings, making long-duration exploration missions more feasible.”

The issue is technology. We don’t know how to overcome millions of years of evolution. Humans do not hibernate, and when we try, our genetics kick in and start trying to wake us up. Currently, controlled hibernation works by cooling the body down to a near hypothermic state. Too warm, and it doesn’t work. Too cold, and the body begins to shut down. Cool someone down too quickly, and they start to shiver, which ends up burning calories. Hitting the sweet spot, which can vary depending on the person, can slow their body’s metabolism right down.

Humans can survive in a controlled hibernation for less than a week, and then bad stuff starts to happen. In studies done on rats, the lining of their bowels begins to break down after about 12 days, and they go into sepsis. Humans would also suffer a similar fate eventually. Moreover, any slight alteration in temperature could trigger the body’s natural response to cold, like shivering, and our body fights back and will struggle to wake us up. Hibernation also doesn’t stop the body totally, so any extended mission would require those sleeping humans to either put on serious fat reserves ahead of time or be tube fed while they sleep.

Building “sleeping pods” and crew areas is the simple part, but overcoming the body’s natural desire to not sleep for months at a time is very difficult. According to the ESA’s study, some future drug would have to be developed that will induce a state of hibernation, otherwise known as “topor.” Though there has been some promising research, this miracle human hibernation drug does not yet exist. Moreover, it would also have to protect the human body from falling in and out of hibernation, or worse, having your body go septic.

Cool space drugs aside, what if an astronaut needs to be revived quickly? Could the lingering effects of the drug as it wears off cause other problems in decision making? Moreover, the ship itself would have to run automatically. If something goes wrong with the onboard computer system, the sleeping astronauts could spend eternity in their pods-turned-coffins.

Outlook: “I Wanna’ Be Sedated…”

Artificial hibernation is not impossible. However, many technological hurdles need to be overcome. Much like future propulsion systems, the theories are sound, but creating actionable outcomes are far from a reality.

While we look to the stars and our future among them, our species must reflect upon the fact that it is never really about the destination but the journey itself. The problem is that some of those journeys are just way too long. Being locked in a tiny spaceship with months or even years of travel time, it goes without saying that the Ramones might be right about this one.