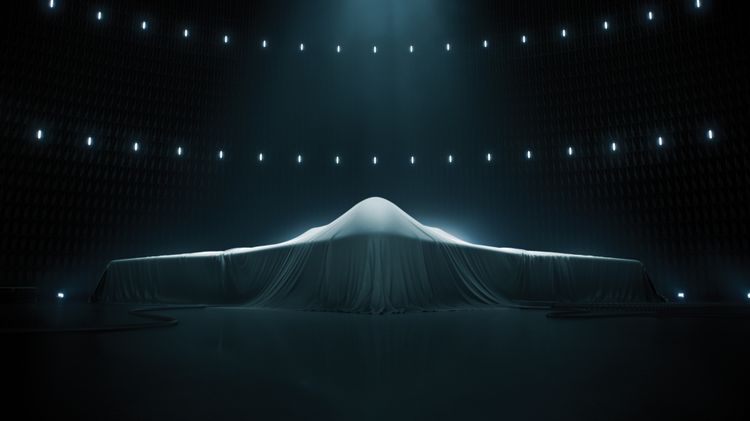 After more than seven years, the United States Air Force is finally ready to reveal its sixth-generation B-21 Raider. Designed and manufactured by Northrop Grumman, the long-anticipated reveal is scheduled to take place at the company’s facility in Palmdale, California, on December 2nd of this year. Due to the classified nature of the program, few details have been made available, with some industry media expecting that level of secrecy to continue even at the in-person reveal.

“The B-21 is the most advanced military aircraft ever built and is a product of pioneering innovation and technological excellence,” said Doug Young, sector vice president, and general manager of Northrop Grumman Aeronautics Systems. “The Raider showcases the dedication and skills of the thousands of people working every day to deliver this aircraft.”

Sixth Generation B-21 Is Not Your Father’s Stealth Bomber

It has been over three decades since the B-2 stealth bomber made its maiden flight, and in that time, numerous advancements in avionics, computerized systems, weapons, and materials have dramatically improved the capabilities and lethality of America’s fighting aircraft. Less emphasis is placed on close-up encounters and dogfighting as fifth-generation fighters have reacted to an ever-changing 21st-century battlefield.

Now, Northrop Grumman and the U.S. Air Force are moving the bar again by revealing their first sixth-generation B-21 Raider Stealth Bomber.

On Dec. 2, we’ll unveil the world’s first sixth-generation aircraft. Stay tuned for your first look at the B-21 Raider. https://t.co/y5TJ8wOkY8 pic.twitter.com/SEWbsmVZR3

Although no specifics have been shared thus far, sixth-generation fighters are expected to feature some rather sophisticated systems. This not only includes improved stealth coatings and materials to make the aircraft nearly invisible to enemy radar but may also include the ability to fly without a human pilot and network with other aircraft to coordinate mission operations.

Some of these aircraft may also equip human pilots with a VR headset that replaces traditional slight and weapons controls, advanced variable-cycle engines that are fuel efficient at cruise but still provide significant thrust when needed, and possibly even science fiction-style directed energy weapons like the lasers already being tested by the Air Force.

B-21 May Remain Shrouded in Mystery

Thus far, the Air Force and Northrop have been tight-lipped regarding which of these types of advancements will be included in the B-21 or what other advancements the new aircraft may also include. Even pictures of the vehicle have yet to be made available to the media. Some defense industry publications have already noted that artist renderings of the new aircraft often feature only one or two angles, potentially hiding key weapons, networking, or propulsion upgrades.

As noted by Breaking Defense, “Northrop stated that the event would provide an “exclusive view” of the B-21 — hinting that those so lucky to see the new bomber in person may only be able to view it from a specific angle, allowing the Air Force and Northrop to prevent onlookers from gleaning any secret information about the design.”

Help Me China! Help! – Latest on Russia’s Invasion of Ukraine

We have also learned that Northrop currently has six B-21’s currently undergoing tests. According to a recent statement from the contractor, along with load-bearing testing, “the team will power up the aircraft, test its subsystems, and apply coatings and paint. The next steps will include carrying out engine runs as well as low-speed and high-speed taxi tests, and then on to first flight.”

“The US last introduced a new bomber over 30 years ago,” said Pentagon Press Secretary Brig. Gen. Pat Ryder during an October 20 briefing announcing the December 2nd reveal. “The B-21 Raider will provide our nation with a formidable combat capability that can be employed across a range of operations in the highly contested environment of the future.”