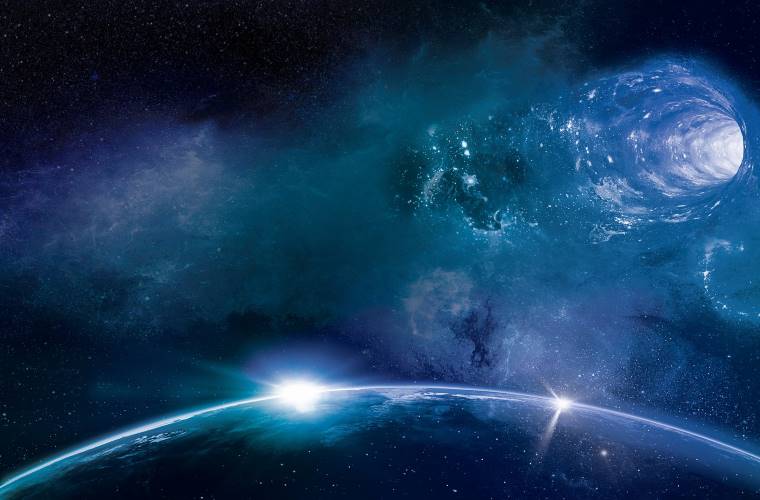 Black holes may indeed be shortcuts through space and time, just like science fiction always promised. And unlike those sci fi stories where interstellar travelers jump from place to place using Einstein-Rosen bridges, (the scientific name for such constructs) this latest theory is grounded in traditional physics.

Ever since Albert Einstein first laid out his theory of General relativity, physicists and researchers hoping to unravel the very nature of time and space have been able to use its elegant equations to guide their endeavors. This pursuit has led to a series of metrics, or ways of looking at Einstein’s theory mathematically, which have more or less determined that the idea of entering a black hole and living to tell about it is virtually impossible.

However, although relativity itself has survived many challenges, the metric most commonly used to look at the effects of gravity in and around black holes hasn’t been as reliable. In fact, as a report in Livescience discussing the new theory points out, the Schwarzschild metric “contains some funky math.” Specifically, the post explains, that metric “misbehaves at a particular distance from the black hole, a distance known today as the Schwarzschild radius or the event horizon.”

And by ‘misbehaves,’ the post continues, “we mean that metric completely breaks down, and it can no longer distinguish between different points in space and time.”

ANALYSIS: STABLE WORMHOLES MAY EXIST AFTER ALL

Intrigued by the idea of an Einstein-Rosen bridge, Physicist Pascal Koiran from the Ecole Normale Supérieure de Lyon in France, noted that all previous models used this “misbehaving” Schwarzschild metric to study what would happen if someone actually tried to enter the black hole at one end the bridge. So, he tried another sometimes useful metric, known as the Eddington-Finkelstein metric, to see if he got a different result. And he did.

Published in the International Journal of Modern Physics, Koiran’s new approach shows that matter can actually enter such a wormhole, travel through it within a fixed amount of time, and come out the other side intact, wherever that may be. This approach, the study abstract notes, would be impossible using the old Schwarzschild metric because “it would amount to continuing the trajectory of the particle beyond the end of time.”

OUTLOOK: SG1 GO BACK TO YOUR STATIONS

Like most papers of this nature, the one written by Koiran is purely theoretical in nature. Furthermore, the idea of humans somehow using this formula to artificially create a wormhole would still entail manipulating a black hole’s singularity as well as its theoretical counterpart, the white hole, both pretty tall orders all on their own.

The Debrief did recently report on a theory proposing how tiny wormholes may allow for interstellar communication, but that concept involved the transportation of information, not matter. Nonetheless, by using the alternate metric, Koiran’s approach is mathematically sound.

As the piece in Livescience notes, “Koiran’s result is still interesting because it points out that wormholes aren’t quite as catastrophic as they first appeared, and that there may be stable paths through wormhole tunnels, perfectly allowed by general relativity.”

Okay, SG-1, your mission is back on! Open the iris!