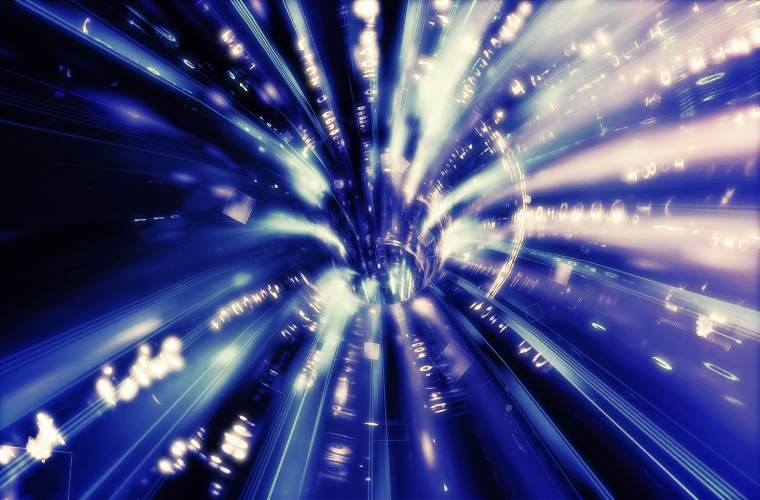 Tiny Wormholes May Be Usable for Interstellar Communication

Wormholes, as used by the Mendrak in my science fiction novel, Helium-3, are shortcuts in space-time. So far, they are purely theoretical constructions resulting from certain solutions of the equations of general relativity. They are very popular in science fiction because spaceships don’t have to move faster than light but still get from one place to another exceedingly fast.

Unfortunately, wormholes are unstable. No ship would survive passing through one unless the vehicle brings a lot of “negative energy” into play (and I don’t mean that negative energy coming from a bad night without sleep). Energy and the mass associated with it are always positive. So we need a non-existent substance to take advantage of a shortcut in space-time that is only theoretically possible. In other words, a conveniently named “negative energy.”

However, physicists at the University of Oldenburg and the Universidade de Aveiro in Portugal have now shown in a paper that wormholes could be passable without negative energy. The researchers simplified their task using a so-called semiclassical approach that combines elements of relativity with aspects of quantum theory and classical electrodynamics.

They used elementary particles such as electrons, along with their electric charge, as the spacecraft that would traverse the wormhole. In simple terms, if the craft could act like they particles, they could travel through the wormhole. These particles can be described mathematically with the help of the Dirac equation. This formula calculates the residence probability of a particle according to quantum theory and relativity as a so-called Dirac field.

Under these circumstances, as the physicists show in their paper, the existence of a wormhole traversable by matter is allowed. The prerequisite for this is that the ratio between the electric charge and the mass of the wormhole exceeds a specific limit. The electric field created by the electric charge protects the particle to a certain extent. To do this, it must also be strong enough compared to its mass.

And it gets even better. Not only matter, but signals in the form of electromagnetic waves could pass through the tiny tunnels in space-time. Interstellar communication would probably also be the more likely application scenario here. That’s because the kind of wormholes that the team envisions would be far too small for travel between stars. And there is another limitation: The model the researchers have used will have to be further refined to find out whether the structures could exist in reality. However, the researchers are optimistic: “We assume that the wormholes can also exist in a complete model,” says lead author Jose Luis Blázquez-Salcedo.

While it is impossible today, our future could involve long-distance phone calls not between countries but between worlds light-years apart. Or, if we are lucky, the ability to take your holiday in the TRAPPIST system or Proxima Centauri.

Brandon Q. Morris is a physicist and space specialist. He is the author of several best-selling science fiction novels, including The Enceladus Series. Brandon is a proud member of the Science Fiction and Fantasy Writers of America and of the Mars Society. Follow his science blog here.

Wormholes May Actually Work If We Change Our Understanding of Gravity

Europa Becomes Next Target in NASA’s Hunt for Life

Earth ‘On Course’ for Saturn-Like Ring of Space Junk