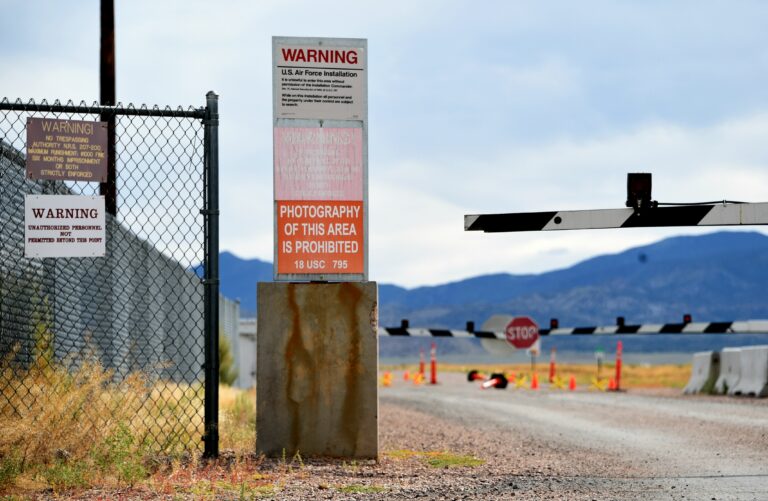 This Rare Area 51 Footage Was Recently Removed by the CIA

Area 51 has long been one of the most talked about locations in the United States—if not the entire world—despite being one of the U.S. government’s most highly classified testing facilities.

Less well known is that in 1960, a short documentary film was actually made at the remote USAF facility, which remained unknown to the public until the CIA released it late 2012. However, for reasons that remain unclear, the historic footage now appears to have been removed from the agency’s YouTube channel.

For decades, Area 51 has been a source of speculation about advanced spy planes that have been built and tested there, as well as rumors of more exotic technologies that might be related to UFOs. Such ideas were bolstered by the claims of Bob Lazar, who in 1989 came forward saying he had worked at an underground facility at Area 51 called S-4 located near Papoose Lake. Since Lazar’s story was first publicized, others have come forward claiming to have also worked at the facility.

While the mystique surrounding Area 51 has been helped along over the years by such claims which, to date, still remain unproven, the location’s actual role in the history of secret aircraft development is far less speculative. In fact, some would argue that despite the facility’s high security status, it was never really a secret at all.

The facility at Groom Lake was established in April 1955 by the CIA for its forthcoming Project AQUATONE, the codename of its secret program involving the Lockheed U-2 spy plane. Designed for strategic reconnaissance missions flown at high altitudes, the project was deemed far too sensitive to be undertaken at Edwards Air Force Base or at Lockheed’s own testing facility at Palmdale, California. Richard M. Bissell Jr., the director of the project, dispatched Kelly Johnson and a crew of Lockheed inspectors who flew over Nevada, and quickly spotted what Johnson later likened to “another Edwards” within the dry bed of Groom Lake. The location was quickly acquired for the CIA by the Atomic Energy Commission and added to the Nevada Test and Training Range, where production of the U-2 commenced.

The CIA has said in recent years that civilian observations of the U-2 flights over Nevada at the time were likely the source of many UFO sightings from the period, adding to the already considerable speculations from over the years that link Area 51 with UFO lore.

The idea that there had ever been an on-location documentary film made about Area 51, or “Watertown” as it had once been more commonly known, might seem shocking to those who have followed the speculations about the high security facility over the years. However, that is precisely what happened there in 1960, when a short film was commissioned for production by the Pasadena, California-based Hycon MFG Company.

Written and filmed by Don Downie and Jim Jarboe, the intention behind the film had less to do with documenting the secret technologies being developed there, although such aircraft certainly did make appearances in the production. The film’s actual purpose had been primarily for family members of employees working at the facility, whose loved ones often were required to spend long stretches at the desert site while developing aircraft like the U-2.

“From the desert wastelands of Watertown, it’s but a matter of hours to anywhere in the world where reconnaissance might be desired,” a narrator in the 1960 film can be heard saying.

At slightly more than twenty minutes in length, the film remained unknown to the general public for decades, although it does not appear to have been classified (especially on account of the fact that family members of Area 51 employees were its primary audience). It remained in obscurity until the CIA released it several years ago as part of a collection booklet it published titled CIA Analysis of the Warsaw Pact Forces: The Importance of Clandestine Reporting.

However, sometime in late 2020 the video appears to have been made private on the CIA’s YouTube channel, and is no longer publicly accessible there.

Although the CIA has removed access to the film from its YouTube channel, as a work of the United States Federal Government it is in the Public Domain, and the video can indeed still be found online, if one knows where to look:

It remains unclear what the CIA’s reason for removing the video from its YouTube channel might have been. Although its removal may raise suspicions among conspiracy theorists, it more likely involves the recent revamping of the CIA’s website, which for the first time in years was given an updated new look in January. In addition to its rebranding, some of the agency’s older videos appear to have been removed from its YouTube account in the weeks and months leading up to the launch of its new site design.

Though less likely, it is also possible the video’s removal could have been influenced by the September 2019 Storm Area 51 Facebook event, an online event intended as a joke which actually resulted in festivals and other gatherings near the base. Approximately 150 people showed up in the Nevada desert near the entrance to Area 51 on September 19, 2019, and seven arrests were made for minor offenses. One individual also reportedly attempted to enter the facility and was given a warning. In advance of the event, whose creator later said had been intended as “purely comedic,” several agencies that included the USAF, FAA, and FBI issued statements regarding potential security concerns about public gatherings near the base that were expected at that time.

An archived version of the original upload at the CIA’s YouTube channel can also be viewed via WayBack Machine. Interestingly, although the CIA’s own original upload appeared to be missing the first few seconds of the film, we managed to locate a complete version at the C-SPAN website for anyone who might wish to see the missing 1.5 seconds of the footage toward the beginning (as well as a 45 second introduction by one of C-SPAN’s narrators).

In addition to showcasing operations at the facility (known at the time as “Watertown”), the CIA’s short 1960 documentary provides valuable historical information about the design and manufacture of the U-2 spy planes built and tested there between 1954 and 1960. This, along with the details it provides about the working conditions and other operational aspects occurring there at the time, helps solidify the the only known documentary film ever made on-location at Area 51 as an important piece of Cold War history.