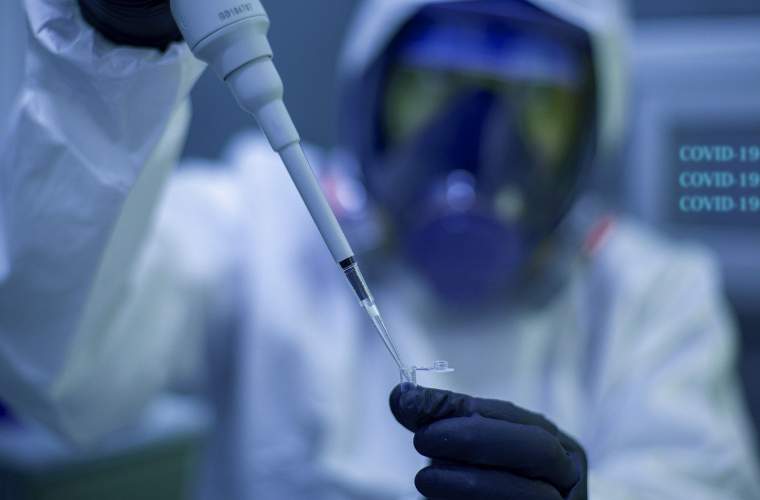 With the world still fighting through its first viral outbreak in a century, the team at GE Research have recently announced an agreement with the Defense Advanced Research Projects Agency (DARPA) to design and build a fully encapsulated system to speed the current vaccine development arc from months to a matter of days, or even hours.

According to the press release, the “NOW” program “was created to develop a rapid, mobile medical manufacturing platform for producing, formulating, and packaging DNA and/or RNA-based vaccines and therapeutics for use in stabilization and humanitarian operations, and to better prepare deployed, field-forward forces against bio-threat attacks and emerging infectious disease.”

The release also states that “developing this type of platform would enable the deployment of vaccines and therapeutics in just days vs. weeks.”

“We think the world really needs this kind of advance to be prepared for unexpected challenges like what we have seen recently with COVID-19,” Dr. John Nelson, a Senior Principal Scientist on the project, said in the same release. “Having the ability to produce small batches of ready-to-use vaccines in under three days at the site of need would enable widespread deployment of doses at an unprecedented speed.”

In an interview with the Debrief, Dr. Nelson talked much more extensively about the GE program while also explaining how we currently create vaccines for a viral outbreak.

“For people like Moderna or Pfizer,” he said, “they get the sequenced genome of the virus from GenBank for the type of virus, they look at the genome and identify where the spike protein is.” Run by the National Institute of Health, Dr. Nelson explained that GenBank is the repository for all known gene sequences for these types of pathogens. The spike protein is simply a surface protein on that virus that allows it to dock with human cells.

“Every different virus has a way for docking with human cells,” he explained, “and that is a protein that is on the surface. That’s the protein your body recognizes when you get re-infected and (a vaccine) targets that thing for death.”

Nelson also made sure to explain that none of the viruses we see are new, with things like the seasonal flu or the current coronavirus having been known about for decades. “We never get surprised by a brand new virus that infects humans that we’ve never seen before,” he told The Debrief, explaining that the latest pathogenic coronavirus is simply a variant of an existing one.

However, once the genome sequence for a new variant is made and the researchers have identified the target spike protein, the current process can take months before a usable vaccine can even think about being tested.

“For someone like Moderna,” he said, once again using the current pandemic for reference, “once they have identified the protein target, which only takes a few hours, they still have to build that DNA.”

That next step is ‘phoning a clone’ where researchers take the sequence they need to build and, as Nelson explains, they “send it out to a company that can make DNA from scratch. And they make it chemically.”

This next bit is where things become complicated and where DARPA is looking for a solution.

The chemical process to create DNA takes months and results in a significant amount of toxic chemical waste. It also involves breeding the resultant DNA inside hundreds of liters of E-Coli, then going through a series of purification processes to separate the bacteria from the DNA. Shortening that lengthy process is at the heart of the NOW program, Nelson explained, while also removing the chemical waste from the entire procedure.

“DARPA told us, you can’t have waste that needs special handling,” Dr. Nelson told The Debrief. And that, along with speed, led to the creation of the NOW project.

ANALYSIS: Building a ‘Vaccine in a Box’ to Stop A Future Outbreak

The new system GE is currently designing has what the doctor described as three different modules.

“In our first module,” he explained, “we’re going to be making a master copy of our DNA construct in the box. We are doing exactly what these phone-a-clone people are doing, except we’re doing it enzymatically, and we won’t have hazardous waste disposal.” That lack of hazardous waste, he reiterated, was a crucial part of DARPA’s requirements.

Unfortunately, no companies have a commercially available system to create custom DNA enzymatically, meaning synthetically and without toxic waste. However, a pair of companies with this technology in development, DNA Script, and Molecular Assemblies, were brought into the program to determine which of their processes would end up in the final product. “We’re evaluating each of them in the program,” Dr. Nelson said, “to see which is the best one to put in the box.”

Whichever process (and company) GE determines is the best for their project will occur in the system’s first module, but along with being toxic waste-free and not made in huge vats of E-Coli, the new DNA needs to work as well as the ones made the old fashioned way.

“What DARPA wants us to do, is to demonstrate that the DNA we make in our box has the same efficacy as the DNA they have been using for years.”

Assuming they successfully create viable DNA from this method, they next need to replicate that over and over until they have made enough raw material for vaccine development. Currently, that process involves growing the DNA in huge, 500 hundred liter-plus vats of E-Coli bacteria, a process that takes weeks or even months, and then refining the DNA out of the E-Coli for laboratory use.

“I have replaced that bacterial method with a synthetic method that I can just do in a 2-liter jug,” Nelson said. “If you were growing up a 500 liter batch of bacteria, which makes the equivalent of a half a liter of my reaction juice,” he further explained, “that whole growth process, that whole purification process, will take Pfizer something like two weeks to a month to do. That’s why Pfizer didn’t start clinical trials until April, even though they had the sequence back in January. That’s weeks worth of work and manual labor. I have completely replaced all that work and labor with my enzymatic printing press.”

So, after the GE system’s first module makes the master copy of the DNA, and the second module bulks it up to a usable amount, the third step is purifying the end product and putting it in a vial for use in humans. This process is called “fill-finish” in the industry.

What about Weaponized Viruses?

When asked about the possibility of foreign nations using weaponized viruses to start an outbreak the battlefield, Dr. Nelson was initially cagey, joking that he should be in military intelligence if he knew the answer to that.

“What [DAPRA and DTRA, the Defence Threat Reduction Agency] is saying is, we have military personnel responsible for evacuating US citizens where there are new outbreaks, and our soldiers are at risk when they do that.” But, he conceded, “certainly the military needs to be prepared for a manmade pathogen. The purpose of DARPA is to not be surprised by our enemies, and so, they have to think of all of the things the enemy can do, right?”

How about a virus that originates from another planet?

“The reality on that front,” Dr. Nelson responded when asked about a pathogen that may be brought back to Earth by our astronauts, “is that whatever the thing is that comes back would have to have a DNA or RNA component to it that we understand. So, who knows if it’s life from another place? If it’s something that was on the ship that we sent out that got mutated in space and came back weird, we certainly would be able to sequence it, figure out what it is, and develop a vaccine against it.”

For something utterly foreign to Earth, including a form of life that may not even have DNA or RNA to sequence and attack, Nelson said we would effectively be operating in the dark. “It would have to be a pathogen we recognize as ‘life,'” or there would likely be no process we already know about to try to create a vaccine.

Just announced in January of this year, the program has a five-year term, with the doctor and his team hoping to deliver a fully functioning machine, a “vaccine in a box,” he called it, by that deadline. “It’s a five-year program,” he stated, “then we transfer the plans for how the box works over to the military.”

At that point, the doctor explained, he hopes that GE will work with the military to test and improve the device until it can deliver on its ultimate goal; to stop a total outbreak.

“Hopefully,” Nelson said, “we can just make it, take it out of the machine and inject it in people, and it doesn’t have to be stored. People are basically just waiting in a line for it to come out of the machine.”

The doctor’s final point was that he is merely the project leader and that many people at GE are involved in making the system a success.

“It’s nice when the whole team gets credit for something that has been a team effort,” he said, noting that the wide range of talent across the board is his favorite part about working at a place like GE.

Ultimately, it may indeed be five years away before they have a working model. Given the hundreds of thousands of lives already lost to the current Coronavirus plague, not to mention the millions permanently affected by the fallout of a pandemic, the system being developed by GE couldn’t come at a more appropriate time.