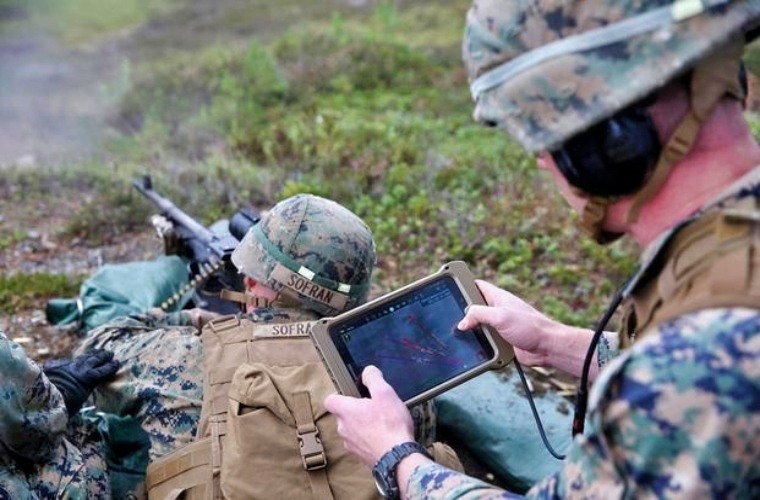 This Battlefield Has No WiFi: How Starlink Internet Can Alter Autonomous AI Military Systems

As artificial intelligence continues to be a vital asset on the battlefield, an inherent problem that plagues warfighters is that internet access, especially in remote areas, is spotty or nonexistent. Connecting to large telecommunications networks often requires a lot of hardware that is big and hard to set up in a pinch, especially in active combat zones. Artificial intelligence software connected to military hardware can fail during these critical moments.

Background: AI, Starlink, and Internet On the Battlefield

AI has become a staple in daily life. Whether we ask Siri to play a song, have Google translate someone’s speech, or have a mapping app plan a route for us, all those tasks require one thing in particular, a stable connection to the internet. While your computer or device contains the AI software to initiate a task, that software must connect to a larger cloud of data to actually perform it and complete it. When you ask Google, for example, to translate text — the app reaches out to Google servers via the internet to figure out the translation.

When AI software cannot connect to the internet, it is unable to complete the task required. This becomes a serious problem, especially when those systems are needed on the battlefield. This becomes a concern in situations where soldiers or special forces may need to translate between languages quickly, use navigation software, or even use small AI-enabled autonomous weapons systems, and they are behind enemy lines where internet connectivity is not possible. AI can resolve many problems quickly and efficiently and doesn’t succumb to fatigue and stress. While an AI cannot replace the need for soldiers yet, AI-enabled technology may offer quick and practical solutions to those soldiers while they are in dangerous environments.

The big question becomes; how does one make AI work where there is no internet. Either you design an AI that doesn’t require access to the internet or make the internet available everywhere. Or, do both?

U.S. Special Operations Command, or SOCOM, is working on designing AI systems that can operate in conditions where the internet is not available. The problem here is that AI then needs not only to be redesigned but rethought. In light of this, reinventing how AI operates is a good long-term objective.

The goal is to “shrink” the AI and its knowledge base down enough to fit on a hard drive. Everything the technology needs is right there, and that AI doesn’t need to reach out to an internet-based cloud to retrieve data. The difficulty boils down to knowing exactly what a soldier may need at any given time on the battlefield. To aid in this development, SOCOM and the Department of Defense’s Joint Artificial Intelligence Center are working on thirty different projects to create AI for defense purposes. One of these projects is to create a  “hyper-enabled environment” where a whole host of intelligence analysts can provide situational information and data, and the soldier has access to that information via an AI. The tricky bit is trying to game out all the possible scenarios so the AI can provide helpful feedback or information points without needing to retrieve it from the cloud.

Lisa Sanders, SOCOM’s director of science and technology for special operations forces, acquisition, technology, and logistics, told Defense One that a critical challenge often faced in the field has to do with translating languages. While most soldiers could use their smartphone and Google Translate to converse with people, once those soldiers were operating off the grid, their devices could not connect to the internet to access translation data. This was prevalent in Syria when U.S. personnel were training opposition forces to combat ISIS. With a vast array of dialects in the area, soldiers were often unable to translate information.

“We’re doing a six-month effort where we are doing a representative language (not a high-density language)… to figure out how big that thesaurus needs to be. How much flexibility does it need to have to be operationally relevant? That’s an example where processing at the edge is going to limit us. Those analytics need power to run,” Sanders stated.

Languages are one matter, but getting live intelligence data is a whole different problem. How does one use an autonomous drone in low connectivity areas and have that system make decisions when the variation in scenarios it could face are astronomical? In some situations, a “man in the middle” may be necessary; however, in others, that may not always be an option.

Moreover, what happens when you need those autonomous systems to do more than navigate or hunt for targets? What if there are situations where that system needs to be used for both offensive and defensive measures, or look for survivors after an incident, and relay coordinates back to a human operator? Without the internet, that system will require an impossibly large drive to store every possible use case.

While some AI-based technologies could conceivably be designed to operate in a limited fashion without the internet, the second option is to ensure they have access to the internet no matter where they are.

In April, The Debrief reported that low-orbit satellite internet, such as that provided by Elon Musk’s Starlink, could pose serious issues for authoritarian governments who monitor and censor their regime’s internet. The benefit of these low-orbit satellite systems is that the hardware required to access the internet is relatively small and easy to set up. Moreover, with the massive constellation of Starlink satellites going into orbit, the system should easily provide global coverage and connectivity.

In mid-2020, the U.S. Army signed a three-year Cooperative Research and Development Agreement (CRADA) with SpaceX to test the Starlink system for military use. When it comes to operating behind enemy lines, due to the small size of Starlink equipment, a soldier could easily create an internet hotspot anywhere. Any tools that have an onboard AI would hop onto the WiFi network. Or, if possible, Starlink’s technology could be modified to fit onto a weapon system so it has constant connectivity.

Michael Schwille, a senior policy analyst at RAND who has expertise in information warfare, told The Debrief in April that users could easily “smuggle” Starlink internet systems across borders to establish a secure and easy-to-use internet hotspot. While Schwille warned that this would obviously escalate political tensions between nations, if U.S. special forces are already operating in those areas, it is likely that tensions are pretty hot already. Apart from providing internet for AI-based weapon systems and tools, operators could distribute these internet providing technologies for use in cyber warfare and live intelligence gathering on the ground.

Outlook: The Future of Starlink Internet and the Military

The best-case scenario is developing hybrid tools and weapon systems that can operate with and without internet connectivity. However, in the short term, implementing low orbit satellite internet would be much easier since this technology is already in use.

As The Debrief reported in April, these satellite systems can be used in active measures. From an intelligence-gathering standpoint, assets, operatives, or even friendly militias inside a regime could quickly use these systems to strike out of remote areas. Hackers could also use these systems to operate within enemy borders for cyberattacks against adversarial targets.

Artificial intelligence already plays a vital role in military operations. The future of this battlespace is ensuring that AI can be used anytime and anywhere.