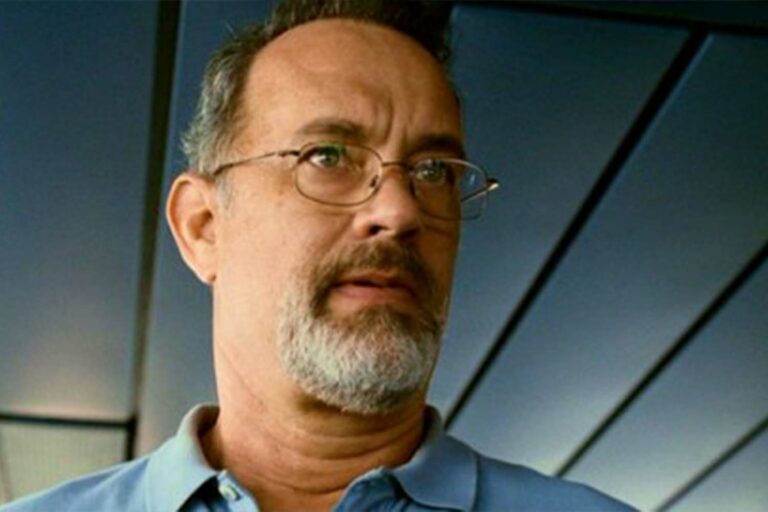 Recently published research found that when actor Tom Hanks announced his COVID-19 diagnosis on March 11, 2020, it likely had a significant effect on the public’s attitude toward the deadly pandemic.

The pair of researchers say 83% of persons surveyed had heard of Hanks’ diagnosis, and approximately half of that group said the news had changed their attitudes and behaviors towards COVID-19. Results of the study were published in the journal of Health Communication.

“There is a growing body of research about how celebrity behavior and social media posts can affect public health,” said Dr. Myrick in a statement issued by Penn State. “This suggests that public health officials and advocates may want to use these types of celebrity announcements to help reach people who may be harder to reach.”

Staring in a slew of blockbuster movies, such as Forrest Gump, Toy Story, Saving Private Ryan, and Captain Phillips, Hanks is one of the world’s most popular and well-known film stars.

News of Hanks coming down with COVID last spring was further spread when a photo showing Hanks, apparently in a hospital room, holding a volleyball identical to the ball his character befriends and names Wilson in the 2000 film Cast Away went viral online. A caption accompanying the image claimed hospital staff had given Hanks the volleyball to keep him company during his quarantine.

Indeed a heartwarming story, Hanks’ photo holding the volleyball was a doctored image, and the story was false. The account had initially appeared on the satire news site, The Betoota Advocate.

Nevertheless, the fake viral story further spread the news of Hanks’ diagnosis, which researchers say “highlighted the reality of COVID-19” during the early days when much of the public was still learning about the virus and its severity. Because of Hanks’ announcement, many began to consider their own susceptibility to COVID-19.

“This [Hanks disclosure] just makes me a little worried now. Anyone, no matter who you are, can catch the virus and not even know it. Makes me take all the precautions that I possibly can to prevent myself and family from getting the virus,” said one of the respondents to the study.

Researchers say many survey participants reported being inspired to learn more about COVID-19 and/or take stricter precautions thanks to Hanks’ disclosure. “I am more alert and interested in the issue of coronavirus than I was before Tom Hanks disclosed that he had it,” reported a participant. Another said, “My thoughts have changed. Hearing this news about Tom Hanks makes me think that the virus is more serious.”

Many expressed a range of emotions to the news of Hanks’ illness, including surprise, fear, anger, sadness, and hope. “I just feel an increase in fear and worry. I think humans are stupid and might give me the disease, this makes me angry,” reported a participant. “I am worried about the coronavirus hitting close to home. Knowing a celebrity has gotten sick with this virus makes me more worried that myself or my family might catch it,” said another.

For the half of respondents not influenced by Hanks’ diagnosis, the majority reported thinking the illness did not pose any severe health concerns to the actor. Researchers also noted that many in the “not influenced” category said they were already aware of COVID-19 and its effects before Hanks’ announcement.

With persons reporting they had not heard about Hanks’ diagnosis, researchers showed half of these participants the Facebook post where Hanks announced he’d tested positive for COVID-19 and the other half a non-COVID post made by Hanks. Researchers say the group who read the COVID-19 post reported feeling less capable of avoiding the virus than those who had read the non-COVID post.

“It could be that learning of Hanks’ diagnosis, despite his wealth and resources, resulted in people thinking that if Hanks could not avoid COVID-19, then they may not be able to, either,” theorized researchers.

A wealth of empirical research has demonstrated the significant impact celebrity endorsement can have on consumer buying behavior. A 2017 study by Harvard Business School professor Dr. Anita Elberse and Barclays Capital analyst Jeroen Verleun found that, on average, a celebrity endorsement increased a company’s sales by 4% relative to its competition and increased stock value by 0.25%. While this may not seem like a lot, 4% can translate into billions of dollars for major corporations.

Researchers say their study showing the impact of Hanks’ COVID-19 diagnosis on public perception demonstrates that celebrities can be equally powerful voices during public health crises.

Statistical analysis performed by researchers showed that celebrity influence could be especially pervasive during a health crisis whenever it involves a famous personality people feel they can identify with. “Tom Hanks is the guy we feel we like and know, so hearing about him is closer to finding out that a friend or a family member has it,” said one participant.

“People who said they typically trust celebrities, friends, family, or Donald Trump for health information were more likely to say that Hanks’ announcement led to positive behavior change,” said Dr. Myrick. “This suggests that public health officials and advocates may want to use these types of celebrity announcements to help reach people who may be harder to reach. They don’t rely as much on news or on scientists for health information.”

Researchers note their findings suggest not everyone will respond uniformly to illness announcements made by celebrities, and some may feel disempowered by the news that a beloved public figure cannot protect themselves from illness.

“Public health organizations may need to focus on creating messages that boost public efficacy if a beloved celebrity is struggling with an illness. Conversely, once a celebrity like Hanks recovers, additional campaign messages may want to point to that recovery to generate hope and stronger efficacy perceptions,” note researchers.

Following his recovery, Hanks has said he experienced “crippling body aches,” fatigue, and the inability to “concentrate on anything for more than 12 minutes” during his bout with COVID-19. Hanks says his wife, Rita Wilson, lost her sense of taste and smell, had severe nausea, and a high-fever.

Not wanting to see anyone else go through the unpleasant, in some cases fatal, experience, Hanks encourages people to follow prevention guidelines issued by health professionals. “There’s really only three things everyone needs to do: wear a mask, social distance, wash your hands. I know societally it’s been politicized, but I don’t get it, man. I don’t understand how anyone can put their foot down and say: ‘I don’t have to do my part.'”