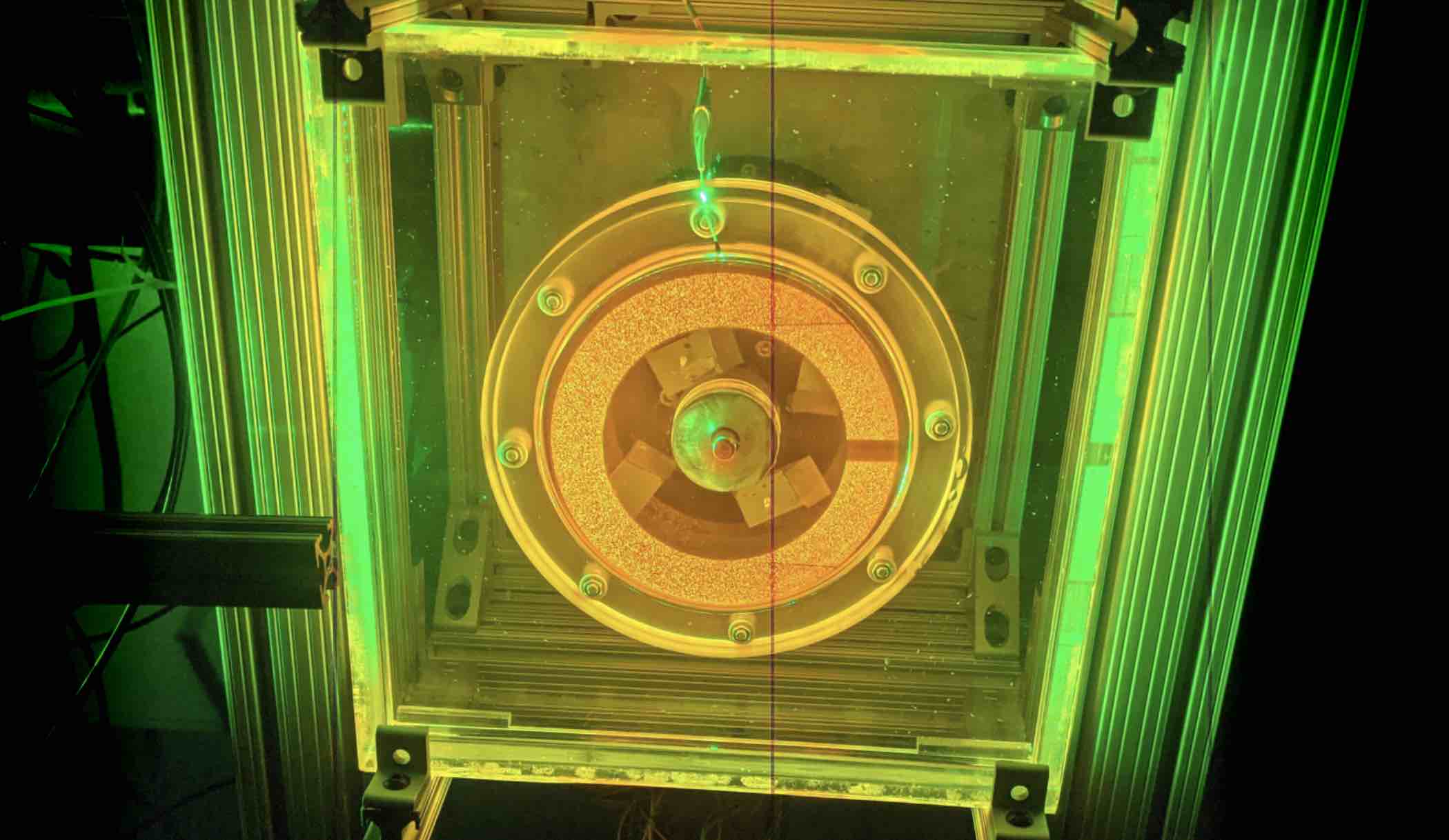 Turbulence, the “Greatest Unsolved Problem in All of Science,” Could Soon be Decoded

If you are a frequent air traveler, you are probably familiar with one of the most common manifestations of what physicists know as turbulence. Equally well-known to those who have sailed during adverse weather conditions, it is an occurrence that people experience while engaged in a host of common forms of travel and other activities each day.

According to one online definition, turbulence involves “irregular atmospheric motion especially when characterized by up-and-down currents.” Yet, despite its prevalence in our lives, many things about turbulence have remained mysterious to scientists and engineers, who have long sought to understand how it can be predicted and planned for.

The problems associated with our understanding of turbulence might soon change, however, following a discovery by physicists with the Georgia Institute of Technology who say they have now demonstrated how turbulence can be better understood with the help of fluid dynamics.

The branch of physics and mathematics that involves studies of liquids and gases and how they flow, fluid dynamics plays a key role in how the team of Georgia researchers says they were recently able to predict through computation certain geometric aspects of turbulence.

The research team, led by Cristopher Crowley, Roman Grigoriev, and Michael Schatz with Georgia Institute of Technology’s School of Physics, saw cooperation from the university’s School of Physics, as well as Sandia National Laboratories scientist Michael Krygier, who was the progenitor of the same numerical systems used to solve the problem detailed in the study while a graduate student at Georgia Tech.

Grigoriev recently said in a statement that turbulence has traditionally been viewed as an entirely random process. However, according to his team’s findings, data they have gleaned may now finally refute this idea.

“Our results provide the first experimental illustration that, on suitably short time scales, the dynamics of turbulence is deterministic,” Grigoriev says, adding that his team’s findings help connect it to “the underlying deterministic governing equations.”

According to Grivoriev, the main focus of their study was to overcome the financial hurdles presented by traditional numerical simulations, the likes of which would normally be used for such research.

“Numerical simulation is the only reliable existing prediction approach,” Grigoriev said, adding that “the goal of our research was to make prediction less costly.”

For their study, the team attempted to replicate the conditions of turbulence by analyzing and tracking millions of suspended fluorescent particles as they moved.

By analyzing weak turbulent flow observed between a pair of rotating cylinders, Grigoriev and his team say they were able to eliminate the end effects—elements of more easily calculable geometric systems—which might include things like the flow of water as it passes down a drainage culvert.

The team’s study relied in part on Navier-Stokes equations, a series of partial differential equations (i.e., having to do with the derivatives of functions) developed over several decades that have long been relied upon to help calculate the motion of thick fluids and which are able to convey both conservation of momentum, and conservation of mass. These equations were key for Grigoriev and his team in calculating the flow of different fluids, which matched the observations made during his team’s experiment.

One aspect of turbulent fluid flows known to researchers in Grigoriev’s field involves the patterns they tend to follow, which generally fall within what is known as coherent structures on account of their random appearances and disappearances, and consistent spatial characteristics. The Georgia Tech team found that analyzing experimental data they collected during their observations, along with numerical information gleaned from it, showed that flow patterns they witnessed appeared to be a good match for the special solutions the team produced for the study.

“These special solutions are both recurrent and unstable,” read a press statement describing the results of the study, “meaning they describe repeating flow patterns over short intervals of time. Turbulence tracks one such solution after another, which explains what patterns can appear, and in what order.”

According to the researchers, each of the different recurrent solutions they resolved from their studies appeared to be quasi-periodic, meaning that they are constituted by a pair of different frequencies—one of which relates to the rotation of the flow pattern around the axis of symmetry of flow, and the other relating to changes in the shapes of various flow patterns within the system provided by the independently rotating cylinders the research team used in their study. Based on their observations, the team believes that the flow patterns that emerged were not entirely random, but instead repeated over intervals within the co-rotating frames.

Grigoriev and his team say that these kinds of behaviors were indeed predictable within the context of the fluid motions they studied. “Such qualitative behaviors were predicted for low-dimensional chaotic systems, such as the famous Lorenz model, derived six decades ago as a greatly simplified model of the atmosphere,” he said.

That isn’t to say, however, that all of the complex dynamics that turbulence represents can be so easily calculated in nature.

“The dynamics of turbulent flows are, of course, far more complicated,” Grigoriev concedes, “due to the quasi-periodic nature of recurrent solutions.” Nonetheless, the Georgia Tech research team says that they were able to consistently show that the temporal and spatial elements of turbulence can be determined by the models the team used.

“These results lay the foundation for representing turbulence in terms of coherent structures,” Grigoriev said, adding that the observations will lend aid to future researchers in terms of “leveraging their persistence in time to overcome the devastating effects of chaos on our ability to predict, control, and engineer fluid flows.”

The implications of such findings will likely have an impact on a diverse number of fields that range from those directly involved in studies of fluid turbulence to mathematicians, physicists, and engineers.

The team argues that its findings may be able to help improve the prediction of extreme weather like hurricanes and tornadoes, as well as aid in the more accurate prediction of average daily weather systems.

However, for Grigoriev, his team’s reasons for undertaking the study were even simpler: he calls turbulence “perhaps the greatest unsolved problem in all of science.”

Grigoriev and his team’s paper, “Turbulence tracks recurrent solutions,” was recently published in Proceedings of the National Academy of Sciences, a portion of which can be read online for free.