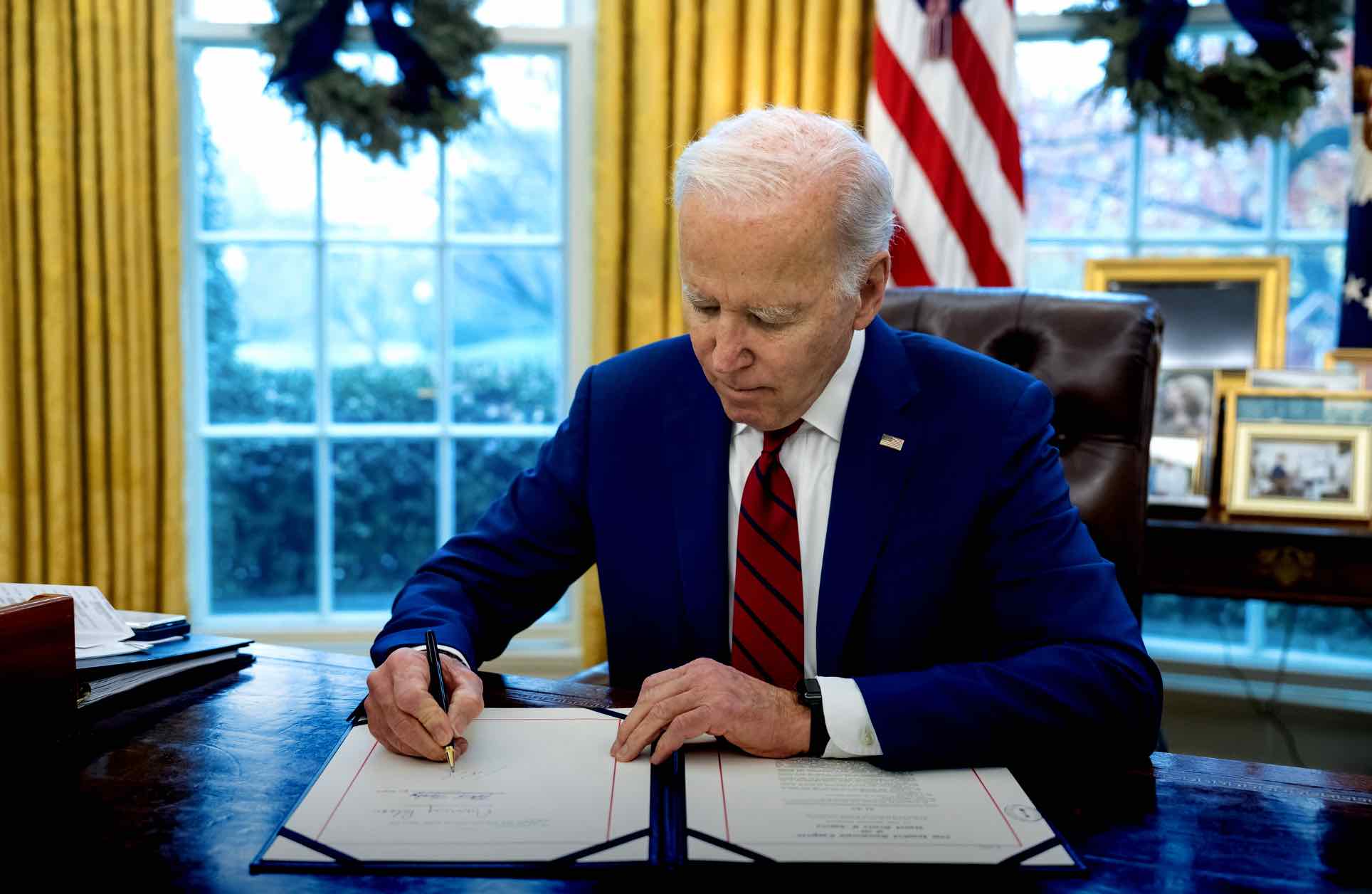 On Friday, President Joe Biden signed the National Defense Authorization Act (NDAA) for fiscal year (FY) 2023 into law, providing a total of $816.7 billion to the Pentagon and setting the course for the U.S. national defense strategy for the coming year.

Among key provisions contained within the bill are pay raises for military and civilian service members, along with funds in support of Ukraine and Taiwan, and several programs related to national security within the Department of Energy, the Defense Nuclear Facilities Safety Board, and other related activities.

President Biden said in a statement that this year’s bill “provides vital benefits and enhances access to justice for military personnel and their families, and includes critical authorities to support our country’s national defense, foreign affairs, and homeland security.”

The bill also contains a few controversial items that include a requirement that the DOD rescind a mandate that armed forces personnel be vaccinated against COVID-19, a law which Pentagon officials have said they will “fully comply” with, adding that the DOD “remains committed to the health and safety of the force and to ensuring we are ready to execute our mission at all times.”

However, another controversial portion of the bill signed into law on Friday that few in the media have covered relates to what the Pentagon now calls unidentified anomalous phenomena, or UAP, encountered by the military. Specifically, the FY 2023 NDAA includes provisions that could open doorways to greater transparency in government on the issue by providing protections for whistleblowers, in addition to expanding the scope of current investigations by the DOD’s All-domain Anomaly Resolution Office (AARO).

“This is arguably the biggest story mainstream news organizations have ever failed to cover,” said Chris Mellon, a former Minority Staff Director of the Senate Intelligence Committee and also former Deputy Assistant Secretary of Defense for Intelligence, in a statement on his website where he characterized the UAP-related language within the FY 2023 NDAA as “unprecedented.”

Among the elements contained within the relevant portion of the bill are additions to the scope and authority of AARO, with Congress now directing the Office to report directly to Defense and Intelligence Community leadership. The bill also directs AARO to extend the scope of its inquiries further back into history to review potentially relevant government records dating as far back as 1945.

Complimenting the historical review AARO will be undertaking is language that calls for any non-disclosure agreements related to UAP in past or existing DOD, DHS, and other programs to be shared with AARO leadership.

Significantly, Sec. 1673 of the FY 2023 NDAA also outlines protections for U.S. personnel that have signed any such agreements, allowing them to come forward with any information and report their involvement with such programs to AARO, and to Congress.

Douglas Dean Johnson, an independent researcher who tracks legislation related to UAP and reports on related developments on his website, called the relevant portion of Sec. 1673 “a sweeping anti-reprisal clause, applicable both to government employees and contractors.”

“Sec. 1673(b)(1) provides that those bringing information forward into the new system are not thereby committing any violation of the laws,” Johnson wrote in early December, adding that provisions within the bill prevent those coming forward with information from being “impeded from that disclosure by any previously applicable non-disclosure agreement.”

Specifically, the language within Sec. 1673 outlines provisions for any Federal Government programs and their employees, as well as contractors within those programs, related to unidentified anomalous phenomena, “including with respect to material retrieval, material analysis, reverse engineering, research and development, detecting and tracking, developmental or operational testing, and security protections and enforcement.”

Language within the bill also states that the historical review and survey of non-disclosure agreements is to be completed by AARO within an eighteen month period following the NDAA being signed into law.

Through the Looking-Glass: Odd New Metasurface Material is a “Doorway” to Strange Quantum Phenomenon

“If it seems unbelievable that Congress would pass such legislation, it is only because of the paucity of reporting on the facts that caused members of both parties in Congress to join together to pass these provisions,” Mellon said in a statement appearing on his website.

Although the FY 2023 NDAA includes what many have called unprecedented legislation toward greater government transparency on the UAP issue, there will still be limitations on how much information may be shared with the public, a point emphasized by AARO leadership in recent days.

“While we’re committed to declassifying and sharing information related to UAP to the greatest extent possible, we must, of course, balance the desire for transparency with the need to protect classified information, sources and methods in the interest of national security,” AARO director Dr. Sean Kirkpatrick said during a DOD media roundtable on December 16.

During the event, Kirkpatrick thanked Congressional leaders for their “very valuable support and partnership,” while emphasizing the necessity for rigorous collection and analysis of data over the next eighteen months, and in the years ahead, as AARO proceeds with its evaluation of information related to unidentified anomalous phenomena.

“It is crucial that we are rigorous and thorough in our collection, analysis and [science and technology],” Kirkpatrick said, emphasizing that his office will “apply the highest analytic and scientific standards… execute our mission objectively and without sensationalism [and] not rush to conclusions.”