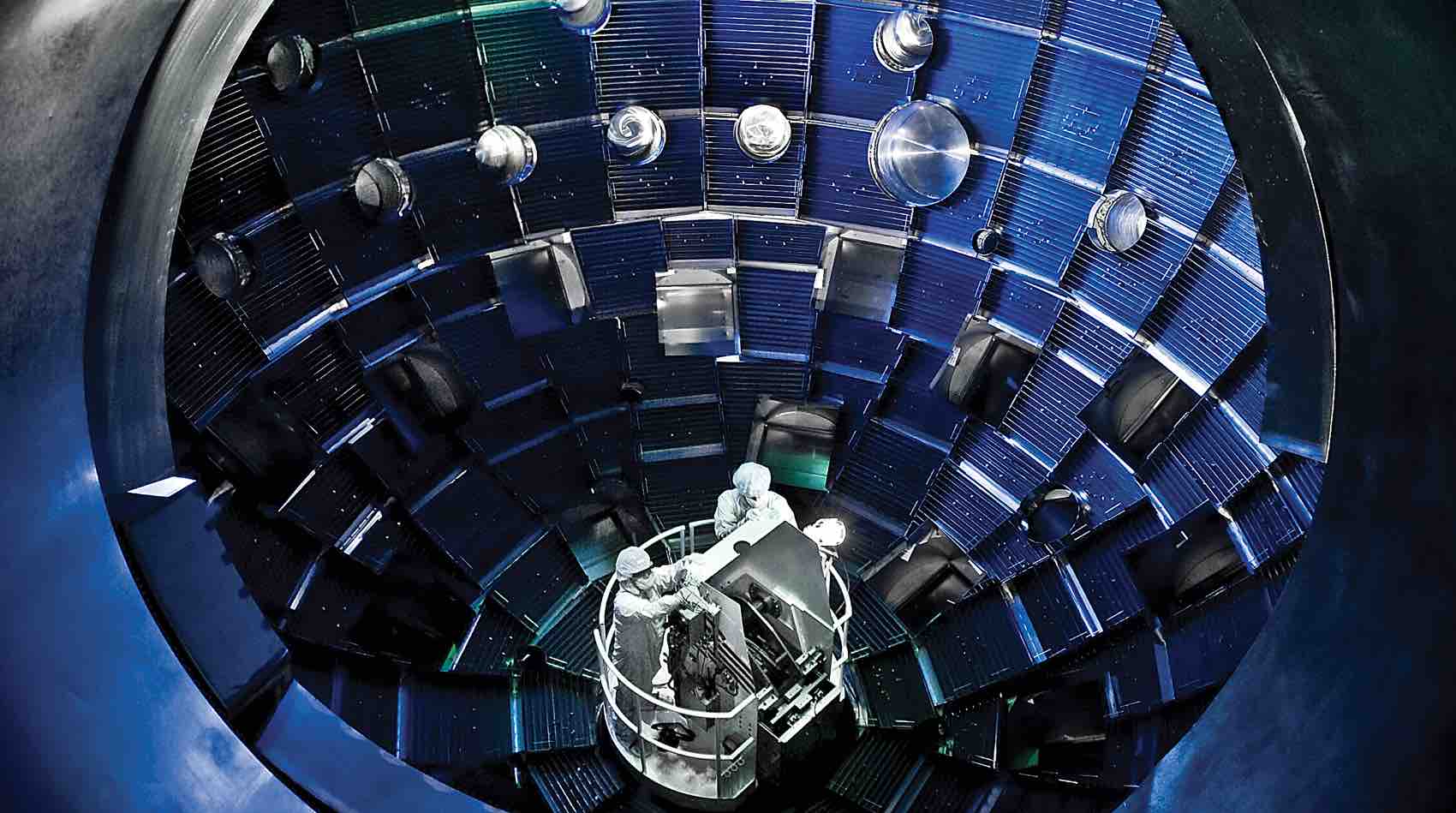 U.S. Department of Energy to Make Major Fusion Energy Announcement This Week: Here’s What We Know

Scientists with the Nuclear Ignition Facility at Lawrence Livermore National Laboratories (LLNL) in California have reportedly achieved a major milestone in fusion energy, the results of which are expected to be officially announced on Tuesday after news of the development leaked over the weekend.

According to initial reports, scientists at the U.S. Department of Energy (DOE) facility are believed to have succeeded in generating more energy than the amount consumed in a reaction during experiments carried out in August of 2022.

An array of 192 lasers housed at the $3.5 billion laboratory were concentrated onto a pellet of fusion fuel consisting of hydrogen plasma to initiate the reaction, requiring about 2.2 megajoules of energy. The resulting reaction, according to information from those familiar with the August experiments, reportedly generated close to 2.5 megajoules of energy, representing a potential milestone in the development of sustainable nuclear fusion energy.

Although public confirmation of the potentially historic breakthrough will not be made until the results have been triple-checked, the official announcement is expected to occur on Tuesday at an event held at the LLNL with energy secretary Jennifer Granholm and other DOE officials.

Hinting at the likelihood that the fusion experiment reached the point where energy output exceeds input, known as over-unity, a statement the laboratory provided to Financial Times indicated that its initial data is strongly suggestive of an experimental success at the NIF, while adding that the precise energy yield has yet to be conclusively determined, and that the facility “can’t confirm that it is over the threshold at this time.”

The Debrief reached out to LLNL, which in an email response declined to provide any specific details in advance of Tuesday’s expected announcement. However, other developments reported by the laboratory in recent days all seem to point to the fact that the U.S. Department of Energy has been steadily closing in on achieving a significant nuclear fusion breakthrough.

In light of the forthcoming announcement, here is everything we currently know about the events leading up to the fusion energy breakthrough that will likely be revealed to the public on Tuesday.

The Long Road to a Historic Breakthrough in Nuclear Fusion

Earlier this year, LLNL’s National Ignition Facility (NIF) officially announced the peer-reviewed results of experiments from 2021 where they successfully achieved a yield of more than 1.3 megajoules (MJ) in a process known as inertial confinement fusion.

“An inertial fusion implosion on the National Ignition Facility, conducted on August 8, 2021 (N210808), recently produced more than a megajoule of fusion yield and passed Lawson’s criterion for ignition,” the authors stated in the first of the three separate papers which reported their findings, which The Debrief reported on August 15, 2022.

Earlier this month, the lab announced additional achievements toward reaching inertial confinement fusion, as it was reported that scientists at the NIF successfully demonstrated a potential breakthrough in sustaining high-energy yield implosions by nesting a hydrogen target capsule within a strong magnetic field.

The recent successes arrived following several months of troubleshooting in the aftermath of reaching the threshold of ignition back in August 2021, a feat that proved more difficult to replicate than many at the NIF might have initially anticipated. Despite the team’s initial success, failure to replicate these results during subsequent attempts led to additional analysis, revealing that a loss of energy from implosion asymmetries, as well as the suspected contamination of fuel resulting from materials mixing within a target capsule of lesser quality than the one used in 2021, were all deemed to be factors resulting in the persistent failures.

John Moody, a NIF & Photon Science physicist, said in December that “NIF implosions are currently showing significant fluctuations in their performance,” an issue likely caused by “slight variations in the target quality and laser quality.”

“The targets are very, very good, but slight imperfections can have a big effect,” said Moody, who is the lead author of a paper published in November which reported the facility’s recent success with nesting a target capsule within a magnetic field (a synopsis of Moody and his team’s paper can be found here).

In addition to improving the quality of the target capsules used in experiments at the facility, NIF scientists have also been working to improve symmetries with their high-powered lasers and address “perturbations caused by the tiny tubes used to fill the capsules with DT fuel,” all relatively minor factors that point to the extremely precise requirements–as well as the necessity for quality target capsule construction–that are necessities for achieving ignition.

Following the success reported by Moody and his team in November, NIF scientists have been looking ahead at using newly constructed hohlraums–small cavities constructed of materials capable of maintaining radiative equilibrium with the energy they are built to contain–build from new materials to replace the hohlraums previously used in their experiments.

When paired with deuterium-tritium-filled capsules that are cooled to very low temperatures cryogenically, NIF scientists reported in December that “the result could substantially boost NIF’s chances of consistently achieving self-sustaining fusion reactions,” adding that such conditions may be capable of producing “as much or more energy than the amount of laser energy delivered to the target,” thereby replicating the facility’s successful 2021 ignition.

Based on all of the current information about the ongoing experiments at the NIF, this points to the likelihood that the replication of a self-sustaining reaction comparable to what the facility achieved in 2021 has indeed occurred, but now with the achievement of a net energy gain. Once confirmed, it will indeed represent a true breakthrough in the quest for viable methods of producing fusion energy.

Going forward, the challenge now shifts toward extending the life of the reaction which, with the help of further refinements at the LLNL and its NIF facilities, will one day be capable of sustaining itself for long enough to facilitate the kind of clean, reusable energy source that fusion researchers have sought for decades.

Christopher Plain is a novelist, comedian, and Head Science Writer at The Debrief. Follow and connect with him on Twitter @plain_fiction, learn about his books at plainfiction.com. Or email him directly at christopher@thedebrief.org.