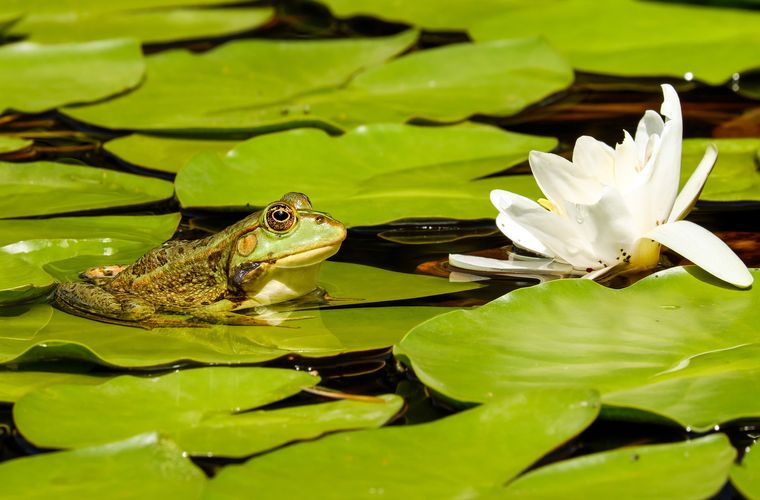 Underwater Breathing Crops Could Help in the Fight Against World Hunger

Global weather is becoming more extreme, as natural disasters like floods, tornados, or wildfires are becoming more common. Because events like floods and droughts are some of the main causes of crop failure, many scientists are examining ways to manipulate crops to survive these events.

While there are already many genetically modified crops that can withstand pesticides or predators, trying to modify plants to withstand the weather can be much more difficult. At Nagoya University in Japan, two researchers believe that they may have found a possible solution already built into plants’ natural structures.

In order to understand how plants could survive flooding, in particular, scientists have to study how plants “breathe.” Plants perform respiration differently than other organisms, by taking carbon dioxide in during the day, transforming it into sugar, and releasing oxygen into the atmosphere as a byproduct. Sunlight is also needed to assist in this process. Because plants take in carbon dioxide, they’re seen as beneficial for fighting the negative effects of climate change.

For aquatic plants, respiration gets a bit more complicated. Aquatic plants usually survive best at relatively shallow depths, because they can get more sunlight. Their roots are also modified via centuries of evolution to take in carbon dioxide from the water, using a gradient of gas concentration. If possible, many aquatic plants have leaves at the surface of the water to make the gas exchange process more efficient.

In looking at aquatic plants, the researchers at Nagoya University found that these plants had developed a specific structure within their roots called “lysigenous aerenchyma.” This special type of tissue growth makes the plant roots spongy and full of holes. The researchers suggested that these air chambers could be used as a snorkel, to better direct gasses from the air to the plant for respiration. This type of tissue could make the breathing process more efficient for the plant, allowing it to better survive in a submerged environment.

From their work, the researchers found two triggers that can cause a plant to develop these special roots. The first trigger was submerging the plant in water. This caused a series of chemical reactions that triggered cell death in certain tissues, making them full of holes. This same chemical reaction could also be triggered by an influx of calcium. While the researchers found these triggers the actual mechanism behind this process still has yet to be discovered. The researchers published their findings in the journal Trends in Plant Science.

Though the researchers examined only aquatic plants, they are hopeful that this process can be translated to other plants. With crops more resistant to flooding, there will be a decrease in food shortages, allowing at-risk areas to thrive safely. These modified plants could also help to make cities stronger against floors.  These modified plants could become flood-resistant, helping to retain infrastructure during flooding, as well as boosting crop output, and helping to better feed the global population.

Could China be Headed to Neptune Soon?