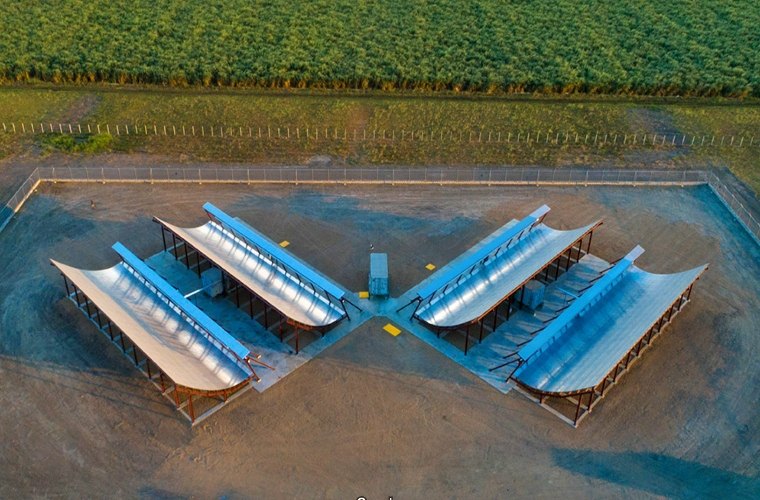 The Costa Rica Space Radar, which was unveiled officially last Thursday by U.S. and Costa Rican astronauts, will be able to track small objects in space that can be dangerous to satellites and astronauts. Four large reflective panels were built on a farm whose geographical location was specifically chosen to track low-orbit objects over the Earth’s equator. The commercial radar then sends data to San Francisco aerospace company LeoLabs.

BACKGROUND: What is the Costa Rica Space Radar?

A commercial partner of LeoLabs, Texas-based company Ad Astra Rocket, hosts the radar in the town of Filadelfia, which is run by former Costa Rican astronaut Franklin Chang-Diaz. The Costa Rica Space Radar is described as an “S-band phase array” and is nestled between sugar cane crops off the Costa Rican coast. This project was meant to propel Costa Rica into “the space age,” according to Chang-Diaz.

“This commercial radar is the most advanced that exists in the world,” Costa Rican President Carlos Alvarado told Reuters.

The project is now operational after less than a year of breaking ground. The radar can track objects as small as a golf ball and traveling as fast as 30,000 kilometers per hour. It can track “space junk” like orbital debris, as well as larger, satellite-sized objects. The issue of “space junk” continues to become a more significant issue as more tech companies make space their next frontier.

“[The] number one danger to astronauts aboard the International Space Station has been and is today the risk of orbital debris that is too small to be tracked by the U.S. Department of Defense going through the hull,” said former NASA astronaut and LeoLabs co-founder Ed Lu.

ANALYSIS: Why We Need the Costa Rica Space Radar

As low Earth orbit continues to be a traffic site for all the space junk that accompanies aerospace expansion, companies like LeoLabs must plan to place more radar systems worldwide to help better detect space debris and make space a safer place.

“Costa Rica’s interest in environmental stewardship and projects that into space,” Chang-Diaz said to SpaceNews. “The environment doesn’t end with our atmosphere. It’s going to extend far beyond that.”

The goal is to improve space flight safety and exploration, but can the Costa Rica Space Radar track other objects? LeoLabs, which will collect the data and monitor what shows up on the radar, could hypothetically look for a lot more than just “space junk” if they want to.

OUTLOOK: Space junk? Is that All?

While LeoLabs continues to tout the safety aspect of the project, the “most advanced commercial space radar of its kind anywhere on the planet” could potentially influence aerospace companies’ actions and space exploration. LeoLabs could take this a step further and attempt to detect comets, asteroids, and unidentified objects in space. The data and what they detect will likely be boring to the non-space buff crowd, but this science isn’t meant to be flashy just yet.

As more of these space radar systems pop up around the world, it will be interesting to see what they track. Will they primarily look for “space junk” or possibly something more interesting?