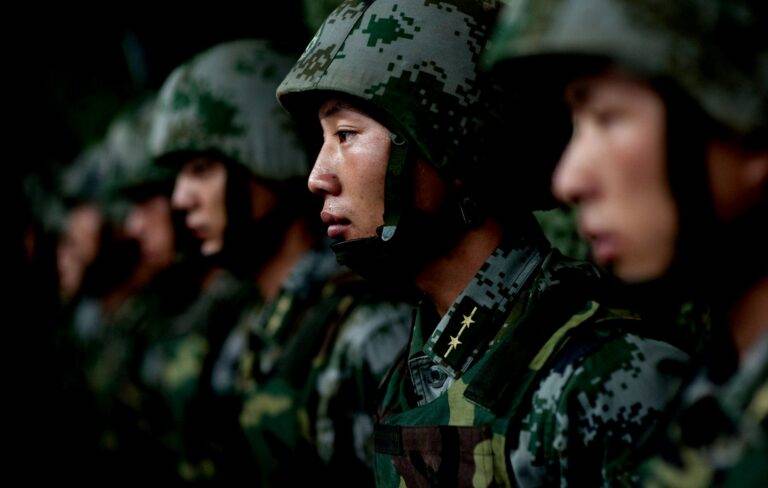 
The Director of National Intelligence warns that the People’s Liberation Army may hope to develop “super soldiers" through human testing.

The tests were reportedly carried out on soldiers with the People’s Liberation Army (PLA), Ratcliffe said in a December 3 op-ed published in the Wall Street Journal.

Citing his position in the intelligence community, Ratcliffe emphasized that if he were able to convey one thing to American citizens, “it is that the People’s Republic of China poses the greatest threat to America today,” calling the country and its ambitions “the greatest threat to democracy and freedom world-wide since World War II.”

Ratcliffe’s op-ed was preceded by a study published in China Brief last October that expressed similar concerns about the militarization of biology in China, a theme that has become prevalent in writings associated with the PLA. Notably, the concept of zhishengquan or “biological dominance” (also translated to mean “command and/or superiority in biology”) has become a regular component in PLA publications, especially those concerning futuristic warfare.

In the study, authors Elsa B. Kania, an adjunct fellow with the Center for a New American Security, and Wilson VornDick, a former naval officer and current consultant on national security, cited high ranking Chinese officials who have endorsed the militarization of biotechnology in recent years.

Specifically, they name Major General He Fuchu, the current vice president of the Academy of Military Sciences, who was quoted in August 2017 saying that “biotechnology and its integration with information, nano(technology), and the cognitive, etc. domains will have revolutionary influences upon weapons and equipment, the combat spaces, the forms of warfare, and military theories.”

Controversies involving human testing and genetic experimentation in China have also come from outside of the government and military. In 2018, Chinese researcher He Jiankui was fined and imprisoned for having aided in editing the genes of three infants. The case also involved falsified ethical review documents, as well as the manipulation of medical professionals who unwittingly implanted gene-edited embryos into a pair of women, one of whom later gave birth to twins.

A court subsequently ruled that He and two others had acted in violation of biomedical research and ethics regulations.

Over the last several years, a number of scientists—including those credited with co-creation of CRISPR technology—have warned about the misuse of such technology. In 2015, Jennifer Doudna, the co-inventor of CRISPR-Cas9, was among 18 scientists and ethicists that sounded alarms against the use of genetic modifications in an effort to combat various diseases, and “strongly discouraged any attempts at making changes to the human genome that could be passed on to offspring.”

Intelligence related to China’s human testing to create genetically “enhanced” soldiers had been only one of several concerns Ratcliffe expressed in the December 3 op-ed. Citing “clear” intelligence, Ratcliffe also stated that China seems intent “to dominate the U.S. and the rest of the planet economically, militarily and technologically,” likening the country’s industrial and research initiatives to “economic espionage.”

“China robs U.S. companies of their intellectual property,” Ratcliffe said, “replicates the technology, and then replaces the U.S. firms in the global marketplace.”

Ratcliffe, who has significantly shifted intelligence efforts during his time as DNI toward China, has also said that the country has targeted U.S. politicians on Capitol Hill “with six times the frequency of Russia and 12 times the frequency of Iran.” He also says the country has been dishonest in its communication with the international community about the threat of COVID-19.

Ratcliffe, a former Congressman from Texas’s 4th district, has served as Director of National Intelligence since May 2020. During a recent interview with Fox News, he asked that President-elect Joe Biden to “be honest” about China after he takes office in January.

In late November, it was reported that Biden, who is currently receiving the same intelligence briefings as President Donald Trump, planned to nominate Avril Haines as the next Director of National Intelligence.