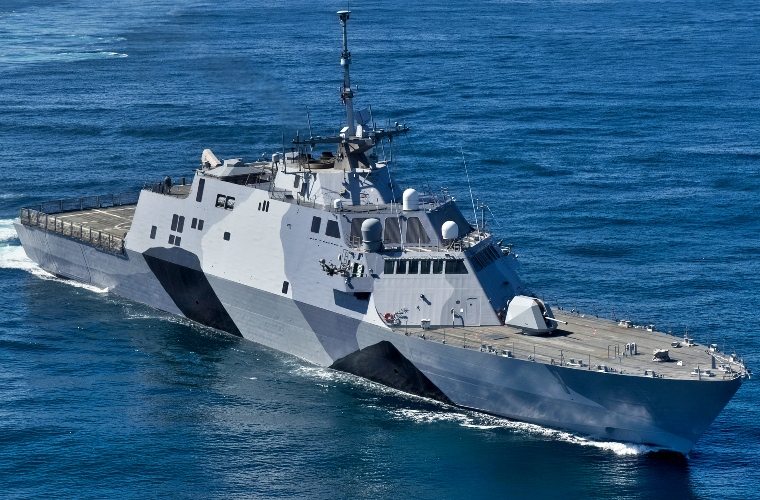 The US Navy has announced plans to decommission its first two Littoral Combat Ships. Rather than invest in upgrades, the Navy will instead mothball the problematic vessels. The LCS, which debuted just 13 years ago, had been touted as the future of the Navy. Yet, a troublesome maintenance record, limited utility, and cost overruns have forced the Navy to consider alternatives.

Background: What are Littoral Combat Ships?

The LCS program encompasses two classes of small surface vessels suited for near-shore operations. Much like the F-35 fighter, the LCS was designed to do a little bit of everything, a jack-of-all-trades that could be reconfigured to suit the needs of various mission profiles. The LCS was imagined to offer anti-submarine warfare, anti-surface warfare, reconnaissance, interception, logistics, minesweeping, and patrol capabilities. Speedy and flexible, the LCS houses helicopters, autonomous vehicles, and assault teams that carry out most of the ship’s functions.

Not intended for direct combat, the ship was meant to relieve larger frigates and destroyers from everything else so that the heavier, more powerful vessels would be available to engage in open combat.

Currently, 31 LCS are either commissioned or under construction–a significant reduction from the 52 originally planned.

Analysis: Littoral Combat Ships Are On the Way Out

The LCS has been an albatross. While the program has cost billions of dollars, the return has been limited. The two ships now being decommissioned, Freedom and Independence, were supposed to have had a 25-year shelf life. Freedom lasted 13 years. Independence lasted just 11. Neither accomplished much of anything. Freedom did a few laps around Latin America. Independence never made it to the frontline. By any measure, the ships were failures. When faced with the option of upgrading the two boats (for $2.5 billion) to meet the current fleet standard or scrapping the vessels outright, the Navy chose to scrap them.

In several respects, the ships had been a constant headache. For example, the propulsion system has been a mess. “High speed required a complex propulsion system that, two decades on, breaks so often…the type struggles to complete a deployment,” Forbes defense journalist David Axe writes. And the ship’s maintenance is so contractor-dependent that Navy crews often struggle to independently fix the ship’s systems. Meanwhile, swapping the multi-configurations, the LCS was designed to accommodate has been such a temperamental process that the Navy sticks to one configuration per vessel.

“Perhaps worst of all, to keep down the roughly $500-million-per-ship cost of the hulls, the Navy chose to arm them only with light weaponry—guns and short-range self-defense missiles,” Axe writes. Indeed, a 2010 Pentagon report found that the LCS would not be able to survive a hostile combat environment. Yet, the ships are “too big and expensive for scouting,” Axe confirms.

The LCS was designed to do a little bit of everything. In practice, it has done roughly nothing.

Outlook: The Future of the Navy

Despite the original LCSs being retired, despite a halt in upcoming LCS deliveries (for ongoing mechanical issues), some officials remain optimistic. Chief of Naval Operations Admiral Mike Gilday recently praised LCS performance on counter-narcotic missions in the West Pacific. And efforts to reduce LCS operating and maintenance costs are continuing in earnest. The hope is that the LCS will still become a reliable vessel, capable of relieving heavier ships from routine duties–a modest goal for a class once so highly celebrated.

China, currently conducting perhaps the biggest shipbuilding spree in modern naval history, is the most pressing concern for the US Navy. “Every time the Chinese navy adds a new destroyer or cruiser to its own heavily-armed fleet, the urgency grows for the United States to match China ship for ship, missile for missile,” Axe writes. Whether the LCS can contribute in a confrontation with China will likely determine the small vessel’s fate.

Vice Admiral Richard Hunt proposed that the LCS could be used to sense the environment before open hostilities commence. Skeptics argue that the LCS is highly vulnerable to the long-range threats in China’s ever-expanding arsenal–and that the ship could not survive in the Pacific theater. A 2014 Government Accountability Office report found that many Navy officials believed the LCS was unsuitable for use in the Pacific theater. The ships lacked the speed, range, and electronic warfare capabilities could not contend with China. The GAO, which also found that the ships were overweight and underperforming (an ironic problem for a boat intended to be small and fast), recommended that the Navy buy fewer LCSs. As containing China becomes the US military’s most pressing concern, the LCS seems set to be left behind, a failed experiment.