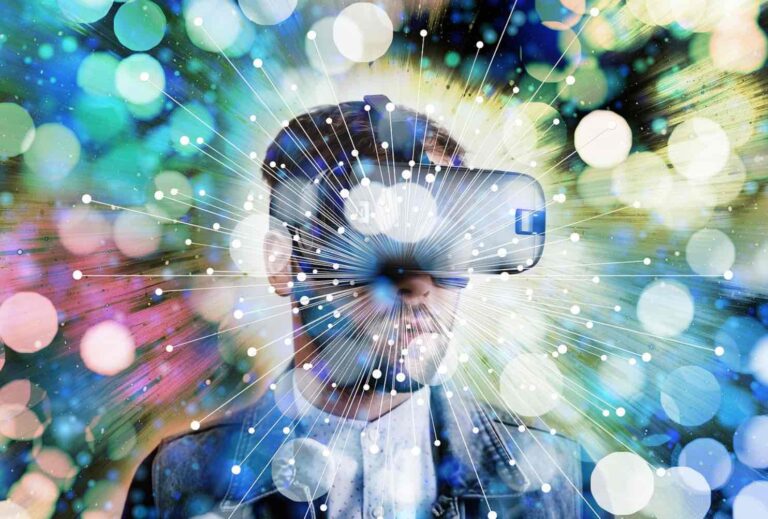 Time may fly while you’re having fun, but based on a series of recent experiments, a user’s perception of time may actually slow down when using more immersive virtual reality (VR) devices.

According to a press release announcing the results of their study, researchers involved say that the effect isn’t due to a user’s level of interest, or even the fact that you’re involved in a recreational activity, but instead seems to be an intrinsic component of the VR experience.

“This is the first time we can really isolate that it’s not just that you’re playing a video game, or the content of whatever you’re seeing,” said Grayson Mullenin  the University of California, Santa Cruz student researcher (who has since received his degree) who designed the experiments. “It’s really the fact that it is virtual reality versus a conventional screen that contributes to this time compression effect.”

Before Mullen and his mentor and co-author Santa Cruz Psychology Professor Nicolas Davidenko began their tests, anecdotal evidence had previously hinted at relatively new VR technology giving users the feeling less time had passed than really had. Even Palmer Luckey, the founder of the industry leading VR interface Oculus noted these effects back in 2016, but previous research had returned dubious or even contradicting results.

Still, one tantalizing experiment has shown VR can produce a similar effect. But, as the current paper whose results were published in the scientific journal Timing & Time Perception, states, “the present study is the first to observe time compression as a significant difference between VR and non-VR experiences with otherwise identical content.”

“[W]e predict that intervals produced while playing a VR game will be longer than those produced while playing an equivalent game displayed on a conventional monitor (CM),” the study ‘s introduction states. “This hypothesis is based on the anecdotal reports of a time compression effect in VR, and is motivated by past studies which have probed the relationship between time perception and VR but failed to find evidence of this effect.”

To put the idea that time passes more slowly when using VR to a test, Mullen employed a maze program that challenged users to guide a rolling ball to a specific destination by tilting the maze on either axis. The identical maze would be displayed on a conventional monitor as well as in a commercial Oculus Rift VR headset, and once users started the game they would be instructed to let the researchers know when they sensed five minutes had passed. A reminder of this would also appear on the screen at eight second intervals, although the subjects were not notified of the message’s frequency.

This particular method of time estimation, asking subjects to estimate a length of time during the actual performance of the task, was used for two reasons.

First, the paper points out that some of the previous, inconclusive studies asked participants to finish a task and then estimate how long it had taken to complete after the fact. This meant those estimates were made solely off of memory, rather than being made in real time like in the Santa Cruz experiments.

Second, the researchers wanted to use such a short time interval, in this case five minutes, because previous studies had shown time compression effects in pretty much all types of gaming when playing past 30 minutes. If, as they suspected, the VR interface itself was causing a significant time compression effect, it should be observable even in intervals this short in duration.

After selecting a young (ages 18-26) group of 41 student volunteers [two of whom were later eliminated because their results represented statistically extreme outliers], Mullen and Davidenko ran their tests, with each participant attempting to complete the maze in both formats before indicating they perceived five minutes as having passed.

As suspected, users who tried to navigate the maze with both a VR headset and a conventional monitor reported that five minutes had passed significantly later, a full 72.6 seconds on average, when using a VR interface rather than with a CM. Or, as further explained in the study: “An average of 28.5% more real time passed for participants who played the VR game than for those in the control group with no difference in perceived duration.”

Significantly, the researchers did note that the time compression effect only took place when the VR experience was tried first, and that the effect more or less faded away if the test subject tried the conventional monitor interface first then the VR second.

Although not specifically tested, the researchers theorized that using the conventional monitor first was likely “anchoring” the subject’s perception of time, therefore significantly influencing the estimation in the second test. Due to this possible anchoring effect, the researchers confined their published analysis to the first round of tests, whose significant variance in time perception led the study’s authors’ to declare, “These results constitute the first evidence that VR as a medium produces a unique time compression effect.”

As to why the time compression effect was taking place, the researchers zeroed in on two likely causes.

First, they pointed to the previously studied and confirmed concept that a sensory-based, internal connection to our own bodies’ natural rhythms called interoception, which includes things like breathing and heartbeat, facilitate a more accurate estimation of time. The virtual reality game the student subjects played had no such representation of the user’s body, and as a result may have distorted this mechanism.

“In virtual reality, when you look down, you might see nothing where your body normally would be, or you might see a schematic of a body, but it won’t feel like your body,” Davidenko said in the release. “There are theories that we may rely on our heartbeat and other bodily rhythms to help our brain track the passage of time, so if you have a less vivid sense of your body in virtual reality, you might be missing the pulses of this timekeeping mechanism.”

The second possibility had to do with the idea that humans get a perception of time from their surroundings. This includes things like sunlight changes, familiar sounds and even weather, all of which the researchers indicate help our minds estimate the passage of time.

New “Soft Robot” Conquers The Deepest Part of the Ocean

The team also considered the idea that arousal, or an immersive VR environment that is more engaging may have to do with the time compression, a phenomenon more commonly known as “time flying when you’re having fun.” However, their paper indicates that if this was the case, it should have caused the opposite effect.

Since VR use will likely only increase, the paper by Mullen and Davidenko makes sure to highlight both the pitfalls and the possible benefits of this effect.

First, they note, it should not be used for nefarious means, especially something like trying to keep consumers in an area for an exorbitant amount of time. This, they propose, may mean creating a virtual clock embedded in VR environments to keep players from losing track of time, a phenomenon already utilized by a gambling industry famous for trying to distort its customer’s perception of time.

“As virtual reality headsets get more comfortable to wear for longer periods of time, and as more immersive games are made for this format,” Mullen stated in the release. “I think it would be good to avoid having it become like a virtual casino, where you end up playing more because you don’t realize how much time you’re spending.”

More optimistically, the team notes that this effect could also be put to good use. Such applications might include helping to endure a long plane flight, or even assisting patients undergoing painful medical procedures to pass the time more quickly. The latter, they note, is a beneficial effect already observed in a previous study, and may offer overall palliative benefits in conjunction with other studies showing that using VR seems to reduce pain in general.