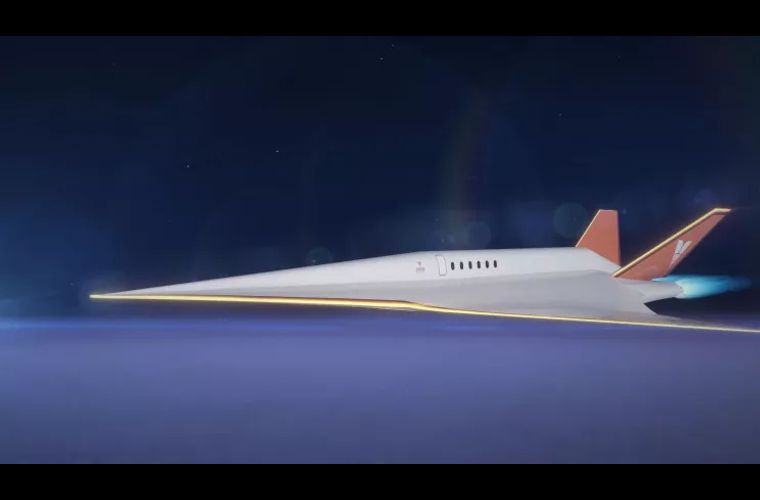 Aerospace companies are currently in a race to develop the next generation of hypersonic aircraft. According to Lockheed Martin, longtime leaders in the development of such technology, hypersonic air weapons and missiles are quickly becoming a significant focus of the U.S.’s defense strategy going forward, in order to meet the demand of completion from rival nations like China and Russia.

Missiles traveling at hypersonic speeds (that is, speeds at 5x the speed of sound) can result in significantly increased damage to their targets. But there are more uses for hypersonics beyond just weaponry; achieving such speeds can also be helpful when it comes to space travel.

Recently at a public summit, the deep tech company Venus Aerospace officially tossed its hat into the hypersonic ring, unveiling its own designs for an innovative new aircraft it calls the “Stargazer.”

Background: What is Venus Aerospace?

Based out of Houston, Texas, Venus Aerospace is working to build a hypersonic Mach 9 space plane. Their team is composed of individuals with military backgrounds, and at big-name companies that include Virgin Orbit, Blue Origin, and more. The development of an aircraft like this is no simple task, and the company has its own special team of scientists and engineers working on the special design requirements of the Stargazer.

With the initial stages of design beginning within just the last couple of years, the company has already closed on $33 million in funding, which they will need to build this special hypersonic plane.

Analysis: Venus Aerospace and the Stargazer

While many aerospace companies are developing planes to take tourists into space, Venus Aerospace has a different purpose in mind with its Stargazer. The hypersonic plane is designed to fly at Mach 9 speeds (around 6,669.8729 Miles per Hour) across the globe on the fringes of the atmosphere, which would make global travel faster and more efficient.

Flying aboard the Stargazer, an individual could travel from Los Angeles to Tokyo in just an hour. Significantly, the plane would also use conventional runways for take-off and landing, making the technology more accessible to all airports.

The company showcased the “Stargazer’s” design at the 2022 UP.Summit in Arkansas. This summit brings together innovative investors, technology startups, and other capital firms that have over $1 trillion in possible funding. The combination of these groups makes the Summit a great place to showcase new technology.

During its showcase, the company explained that the plane would weigh around 150,000 pounds and only be able to take 12 passengers.

“We worked with NASA at the Johnson Space Center and were able to access the information from the sonic boom testing from the space shuttle program” said co-founder Dr. Andrew Duggleby in an interview. “We determined that at altitude and speed flying you will not be able to hear us — we will be flying at 170,000 feet at Mach 9.”

Outlook: An Eco-friendlier Way to Travel?

Venus Aerospace has stated that the “Stargazer” is not only going to make travel more efficient but also help with making it more eco-friendly. Because much of the carbon and greenhouse gas emissions are due to planes, a shift in flight to being in outer space could help lower these emissions.

But the company has not yet specified how the plane will be more environmentally friendly, nor how it will deal with the noise pollution problem. Often when planes move at hypersonic speeds, they can produce a high amount of noise pollution. Working to lower this can help not only make airports safer, but also the surrounding natural environments.

Currently, Venus Aerospace is already conducting tests in hypersonic wind tunnels and propulsion laboratories, as it works to complete developmental work that will bring Stargazer and similar next-generation aircraft to fruition in the coming years.