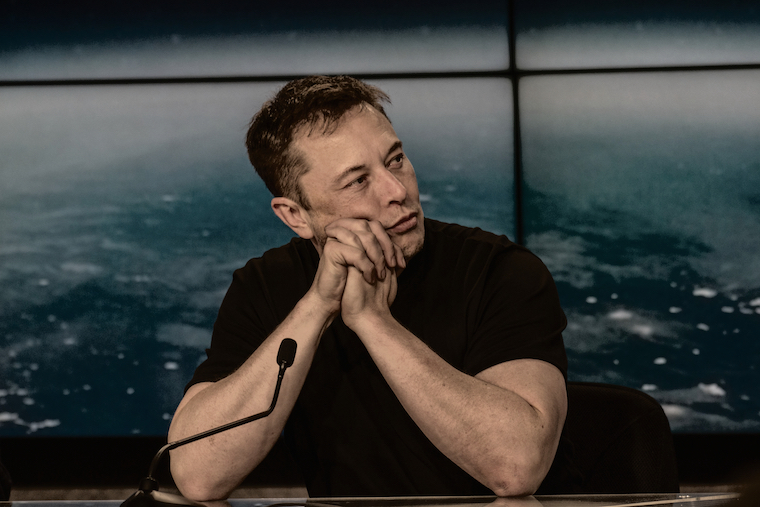 Can Elon Musk Really Be Our Hero?

In late February, as Russian tanks rolled into Ukraine and Vladimir Putin began to shut down internet services in the country, someone else halfway across the world was also considering entering the war: Starlink founder Elon Musk.

Within days, Musk activated the Starlink network and donated thousands of Starlink terminals to the embattled country, an action that would prove to be a key to the military successes in Ukraine during the conflict. Moreover, on a global level, the open internet has significant democratizing power in any nation controlled by an authoritarian regime. It allows journalists to report what is happening and protestors to organize.

In April of last year, The Debrief explored how uncensored satellite internet, like Starlink, could have severe consequences for authoritarian regimes.

Using low-orbit satellites that are relatively close to the Earth, Starlink offers small terminals that allow access to the open internet. A Starlink dish is smaller than an extra-large pizza and only weighs a couple of pounds. These small and easy-to-hide systems could create access points to circumvent state censorship and allow users in those countries to peer out into the broader world (and for the rest of the world to peer in).

“I think that these satellites provide an opportunity for democracies to turn the tables a bit on authoritarian regimes by providing low cost or free access to information via these satellite systems,” RAND’s information warfare senior policy analyst, Michael Schwille, told The Debrief last year.

And he was right.

Earlier this year, Starlink terminals were sent to Ukraine to aid in the fight against the Russian invasion. Artillery, drones, and soldiers have relied on the connections to wage successful attacks. Pinned-down Ukrainian soldiers in the Azovstal steel plant in Mariupol maintained contact with the outside world, their families and friends, as well as commanders and journalists, as Russian forces besieged them. NGOs, analysts, and even the broader public can peer into the war zone, monitoring war crimes. Starlink, and Musk, have been a lifeline for Ukrainians – but it also raises some concerns. The success of a nation’s resistance to an oppressive force rides on the whims of one powerful man who loves to play the hero but who will inevitably be pulled by corporate interests.

Last Thursday, CNN broke a story concerning Musk’s intent to pull Starlink from Ukraine unless the Pentagon begins to foot the bill. Citing concerns that “funding” the free internet service indefinitely was impossible, Starlink’s internet service would be shut down or have to be paid for by the US Defence Department.

The news came on the heels of a controversial tweet where Musk suggested Ukraine give up Crimea and control over the eastern Luhansk and Donetsk regions to Russia to end the war. Citing fears over possible escalation, Musk was heavily criticized by supporters of Ukraine and told to “F— off” by Ukrainian diplomat Andrij Melnyk. Adding to the controversy, news also came out that Musk allegedly spoke with Russian President Vladimir Putin concerning Ukraine, and his tweets echoed a Kremlin roadmap for a ceasefire. Musk denies the conversation happened.

In a Friday tweet, responding to CNN’s exclusive, Musk said, “We’re just following his recommendation,” citing Melnyk’s insult. This sudden shift in Musk’s support would have been a tense moment for the servicemen and women fighting on the ground in Ukraine.

Then, two days later, in a massive about-face, with final season Game of Thrones level tension, Musk tweeted, “The hell with it…” and decided that his company would continue to fund Starlink in Ukraine.

It is no secret that the Russian government is opposed to Starlink. Russia’s former space chief Dmitry Rogozin, in August of 2020, said that Starlink is “a rather predatory, clever, powerful, high-technology policy of the USA, which uses Shock and Awe in order to advance, before all, their military interests.” Rogozin publicly stated the more humanitarian aspects of Starlink, in that it would provide internet access to people living in remote areas, “nonsense.”

Russia’s state duma even banned the service, setting fines for anyone who attempts to use it.

Musk’s dive into geopolitics has divided his fan base. He received accolades when, on September 23rd, he posted a simple two-word tweet, “Activating Starlink…” in response to the US government’s easing of technology sanctions on Iran to combat internet censorship there. The Iranian government has been attempting to quell protests over the death of Mahsa Amini, who died in police custody after being arrested by the morality police for wearing “unsuitable attire.”

While Musk’s tweet portrayed him, yet again, as a hero- there have been complications. Smuggling terminals into Iran is not easy, and finding a working signal is next to impossible when activists do.

“Starlink is not a solution to the problem of internet connectivity in Iran,” said Skylar Thompson, the senior advocacy coordinator at Human Rights Activists in Iran, in an interview with the Wall Street Journal. “It’s a Band-Aid of false hope.”

But that is how Musk builds his brands; he uses hope. Global satellite internet, electric cars, and going to Mars are all pursuits based on hope. He knows that hope is powerful. It gives his fans and supporters something to cheer for, and it can provide an outgunned and outnumbered army with the will to fight and win.

By sending Starlink terminals to aid the Ukrainians or the protestors in Iran, he creates a strong sense of hope that justice and good will prevail. However, he can target that hope when people don’t accept his solutions to their problems. Pettiness aside, Musk’s altruism is tempered and pulled by another powerful force.

In an interview with the Financial Times last week, Elon Musk stated that the Chinese government expressed to him that they disapproved of his recent rollout of Starlink in Ukraine and asked him for assurances that he would not allow Starlink to operate in China. The same messaging was top of mind for Musk in 2016 when he told reporters that Starlink would not be activated in China.

“If they get upset with us, they can blow our satellites up, which wouldn’t be good. China can do that. So probably we shouldn’t broadcast there,” he stated in an interview.

In that same interview with FT, Musk waded into the political tensions over China’s political claim to Taiwan, suggesting that the island nation become a “special administrative zone” with assurances from Beijing to be “lenient.”

After the interview was published, Qin Gang, China’s ambassador to the United States, praised Musk on Twitter, thanking him for his ideas concerning Taiwan and echoing Musk’s statements that “after reunification, Taiwan will enjoy a high degree of autonomy as a special administrative region, and a vast space for development.”

Taiwanese officials quickly responded. On Twitter, Hsiao Bi-khim, Taiwan’s ambassador to Washington, said, “Taiwan sells many products, but our freedom and democracy are not for sale.”

Last year, Schwille pointed out that Starlink can be a soft weapon to use in the fight against dictatorships.

“What authoritarians fear most is access to unfiltered information,” he said. Noting the “Dictator’s Dilemma,” he asserted that authoritarian regimes do not want “non-regime narratives” reaching their citizens, nor do they want any communication to occur outside of approved and monitored channels.

And dealing with dictators has been the ultimate test for Musk. While his Twitter feed may portray him as the hopeful hero- his business interests push him deep into a dark and complicated world where hope can be nothing more than another product to be bought and sold.