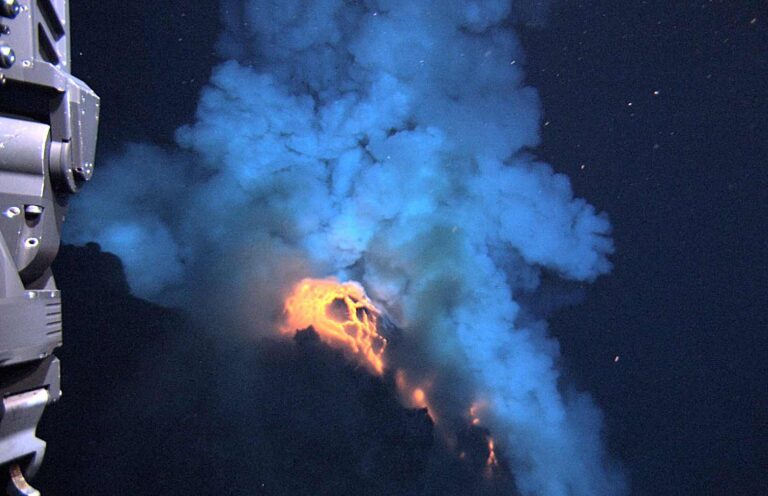 Once an Oceanic Anomaly, Scientists are closing in on Mysterious Megaplumes

In 1883, one of the deadliest blasts to have occurred in modern times shook the Sunda Strait and surrounding region, leveling nearly two-thirds of the island of Krakatoa as its massive volcano erupted into an inferno on the afternoon of Sunday, August 26.

The resulting explosions were so violent that people nearly 2000 miles away were able to hear the blast, with reports stemming from as far abroad as Mauritius and Australia. More than 36,000 were killed by either the primary blast, or the resulting tsunamis it created.

Seismic activity resulting from the blast was detected for weeks afterward, and the shock wave that resulted from the eruption at Krakatoa traveled the globe seven times. The immensity of Krakatoa’s blast and lingering effects may be one of the best examples in modern times that reminds us of the incredible power that volcanoes possess.

In contrast with blasts like Krakatoa, the eruption of Mount St. Helens, and other devastating volcanic eruptions on land, those which occur deep beneath the ocean were long considered tame by comparison and thought to only produce creeping lava flows rather than explosive events like their cousins on land.

However, according to new data obtained in the North East Pacific Ocean by deep sea drones, scientists at the University of Leeds have concluded that submarine eruptions can be far more powerful that once imagined–comparable to the energy needed to power homes throughout America. The new research has also linked these powerful eruptions to the longstanding mystery of megaplumes, a phenomenon produced as columns of heated water rise from the base of the ocean.

Hydrothermal megaplumes were first discovered in 1986, and since that time volcanologists and other scientists have debated what exactly their underlying cause may be. At the time of their discovery, scientists were amazed by the apparent present of anomalous columns of heated water, which extended as much as 1000 meters above the sea floor. One thing that appeared to be clear, however, had been that their points of origin seemed to exist around mid-ocean ridges.

Over the ensuing decades, scientists have obtained a wealth of data about these megaplumes, which includes their chemical richness, as well as their similarity to atmospheric plumes produced by volcanic eruptions on land. These propel ash upward, and then out in much the same way those on the ocean floor appear to do, producing what are often massive expanding plumes of heated water.

According to researchers Sam Pegler with the University of Leeds School of Mathematics, and David Ferguson with the School of Earth and Environment, ash produced by these megaplumes can be understood with the help of mathematical models they were able to construct, which replicate the movement of the ash these hydrothermal ocean events produce. Looking at records involving ash dispersal from past volcanic eruptions, they were able to calculate that the energy rate required to move the ash across such distances would be much higher than anticipated: comparable, in fact, to the entire United States power grid.

“The majority of Earth’s volcanic activity occurs underwater, mostly at depths of several kilometers, in the deep ocean,” Ferguson said in a statement, noting that “in contrast to terrestrial volcanoes, even detecting that an eruption has occurred on the seafloor is extremely challenging. Consequently, there remains much for scientists to learn about submarine volcanism and its effects on the marine environment.”

The energy released by these deep-sea volcanic megaplumes occurs very quickly, too. This indicated to the researchers that the energy being produced could not have been derived solely from the lava emerging from these volcanic cracks along the ocean floor, but instead receiving some help from reservoirs of hot fluid contained within the earth, which are released as the magma from these eruptions makes its way toward the seafloor.

Blood Falls: How a Macabre Glacier May Help the Search for Extraterrestrial Life

The researchers say their work offers the first evidence that the long-mysterious megaplumes can be linked directly with ocean floor eruptions that carry volcanic ash throughout the deep ocean, sometimes producing the heated columns within a matter of hours.

Ferguson and Pegler, whose research was published April 21, 2021 in Nature Communications, hope that their research will aid in furthering our knowledge of “the volcanic character of our oceans,” which is gradually being understood along with similar efforts aimed at mapping and reconstructing the dynamic environment of the ocean floor.