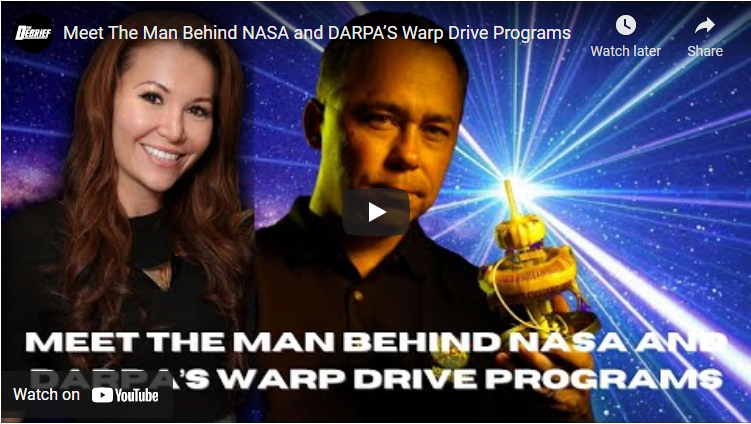 Dr. Harold G. “Sonny White, the researcher behind the “warp bubble” is finally talking about his infamous discovery. In this latest episode of Rebelliously Curious, host Chrissy Newton dives into the controversial announcement, asking the good doctor for his side of the story. It is a discussion you don’t want to miss.

Newton also asks Dr. White about his time at NASA, his work there on warp theory, and some advanced propulsion drive concepts that are promising but still in various stages of development. Well-versed on the subject due to his work with the Limitless Space Institute (LSI), Dr. White doesn’t disappoint, going into great detail about such futuristic spaceship engines as solar sails, nuclear thermal propulsion, and fusion drives.

Of course, no discussion with Dr. White would be complete without getting into the weeds of warp drive history past and present. Once again, Dr. White doesn’t hold back, talking about everything from his 2011 paper on warp drive and his controversial discovery of a warp bubble to the reality behind humans one day actually constructing a functioning warp drive spaceship. “It might be sooner than you think,” he says.

All in all, Newton does her usual best to keep her interviewee comfortable and on-topic, making for a smooth and enjoyable show from start to finish. GO watch it now!

Note: If you enjoy this episode and want to learn more about warp drives, read about some of the most popular concepts covered by The Debrief. For example, Dr. Eric Lentz has published a peer-reviewed paper on his warp drive design, while a pair of engineers from Chicago are trying to patent their own warp drive concept. A group of researchers in Switzerland are also trying to develop a warp spaceship they say can get very close to the speed of light without the use of exotic matter.

If you want to learn more about Dr. White and the amazing work on advanced propulsion underway at the Limitless Space Institute, you can read this previous Debrief interview, or this feature covering the future-shaping work being done at LSI.