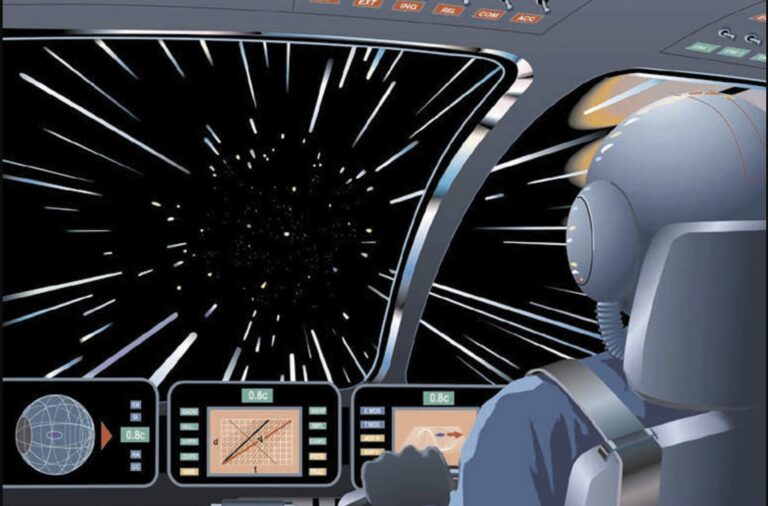 In Part 1 of this 2 part exclusive interview, former NASA engineer and Warp Drive pioneer Harold G. “Sonny” White talked about his education, his time at NASA, and how he finally left the agency to work at the Limitless Space Institute (LSI).

Now, in Part 2, Dr. White talks about his goals of interstellar travel and how the grants awarded by LSI in 2020 are helping scientists and engineers from around the globe research things like Pulsed Fusion Drives, Solar Sails, Directed Energy Propulsion, and even Traversable Wormholes.

The Debrief: One of the main programs at Limitless Space is your ‘I-squared grants,’ which provide money for mainstream scientists and engineers interested in advanced power propulsion to pursue their research. Was LSI already working on the grants when you joined, or did you bring that concept with you?

Sonny White: That was something I immediately championed as soon as I came in the door. LSI’s mission is to inspire and educate the next generation to travel beyond our solar system and support the research and development of enabling technologies. We wanted to be a “doing” organization, and as we were talking about earlier in the discussion, it really comes down to power propulsion.

I felt we needed a focused grant initiative, where we can put out a solicitation for the community to write some proposals and where they can be as bold as they want to be. I think it feeds the community in a way that allows them to get attention at their own universities and maybe improve the chances that they’ll get resources from other entities.

TD: Is that already happening?

SW: It is. One of our grant winners, a Professor University of Pomona picked up a grant. He also just sent me a note the other day that his graduate student just got approved by the University for three years. It’s cool to see how that gets connected back to this.

TD: How many applicants were there for these first grants, and how did LSI choose the nine winners?

SW: There were a lot. And the thing that was amazing to me is that there were a lot of very good proposals. They did a good job of making it hard for us to pick. And if we had more resources, there were more we would have liked to have funded.

TD: In the 1990s, NASA had the Breakthrough Propulsion Physics project, which in many ways seems like a predecessor to this effort. Was that project an influence?

SW: I think they did some great work. They tried to champion stuff that is in the same categories that we try and champion.

TD: Is there a technological advantage to this program taking place almost 30 years later?

SW: There is. It’s like, ‘Oh my gosh, the stuff we can do that we couldn’t do five years ago because of technological capability!’ For example, we do work internally where we’re working with the DARPA science office. We do an enormous amount of simulation work with our models, and we have to have 1000 CPUs to make the run; otherwise, it would take forever. Even five years ago, we couldn’t have done that. We’re also seeing work in nanofabrication that wasn’t available even ten years ago.

TD: You mentioned that you’re doing some in-house stuff at Eagleworks that isn’t part of the grants. Would you be willing to give me a little more detail on that, or is it top secret?

SW: Certainly nothing’s classified, but we tend to be very cautious about how much we say. We’re currently funded by DARPA, through the science office, so this is meant to be categorized as basic research/applied research.

So, that’s the work that we’re doing currently, internally with DARPA. We’re working with things like the Casimir Force, trying to measure very, very small fields in these cavities. There’s a paper coming out on that soon.

TD: Did the money for the nine grants awarded last year come from DARPA as well?

SW: The I-squared grants are philanthropic money. They don’t come from DARPA. That’s all philanthropic dollars, primarily from our benefactor, Kam Ghaffarian. Our DARPA grant is to support our internal work.

TD: Is there anything from your original Warp Drive work among those things that you’re actually working on? Or did it kind of hit a wall with theory in 2011, and that’s kind of just been where it’s been since then?

SW: (Long pause) We’re always thinking about some potential steps we can take to get from where we are today to something far in the future. But often, with stuff like this, because it is, at best, basic science, in some cases, you’re trying to figure out the science…there’s just a lot of detailed work. And it takes a long time. So certainly, that’s something we’re always thinking about and have an interest in, and as I said, at some point in the future, there may be some papers in the literature that we can make you aware of.

TD: Was there a timeline on these original grants, meaning is there a period of time you’re expecting to see results or something published from your nine grant winners?

SW: The I-squared grants program was always implemented as being a biennial program, meaning it’s a two-year cycle with a 12 month period of performance. That means we will put out a solicitation for the next round of proposals in the summer of next year. That timeline gives us a chance to do the solicitation, do the proposal review, make the awards and then follow these grant performers as they go through their process. Then we kind of digest and learn what they figure out before starting the process again.

TD: So you will evaluate these first programs later this year, and the public will get the results sometime next year when the new solicitations go out?

TD: Are you already receiving applications for the next round?

TD: Because Limitless Space is a nonprofit, and because you have a financial benefactor, is there any long-term goal to try and capitalize on some of the work that’s being done? Or is it really a pure science venture?

SW: Let me restate the mission of LSI and then give you the pinnacle objective. Our mission is to inspire and educate the next generation to travel beyond our solar system and support the research and development of enabling technologies. And our pinnacle objective, our “North Star,” is to enable Interstellar flight. Everything we do traces to that critical path.

TD: You have previously mentioned the Perimeter Institute as an influence for your approach at LSI. Could you explain that?

SW: The Perimeter Institute is a nonprofit, and they are solely focused on theoretical physics. There are no commercial products, and it’s just trying to push the boundaries of knowledge. It was set up in a very beautiful facility in Canada, a 120,000 square foot facility on a lake, and they have professors who come and visit and have lectures.

At LSI, our focus is advancing power propulsion as it applies to this goal of interstellar travel. Their focus is just trying to push the boundaries of theoretical physics, just to help humanity develop a deeper understanding of nature at its core. And so, in some ways, they were a good analog for us to kind of look at, as we were trying to figure out how do we set up the gears in this system, how do we want to do things, and what do we want to be as we continue to move forward?

TD: Where do you see the Limitless Space Institute in 10 years?

SW: Hopefully, we’ll be doing some of the things that we’re already doing and we’ll just be doing them a little bit more. Ideally, we’d love to have a facility, whether it’s located on a university campus somewhere or some other location, have a facility with laboratories, classrooms, and is partnered with universities all over the planet, even more so than what we are now. We have about 17 formal partnerships already.

TD: What is the single most important thing about your work at LSI that you want to make sure gets across to The Debrief’s readers?

SW: It comes down to this. This is all about capability, and our objective is to enable human exploration to the outer reaches of the solar system and the stars.

And the beauty is, if you build that capability, you won’t have to convince anyone to do that; they’re just going to do it. There’s always this perennial debate about ‘humans or robots.’ Well, to me, that’s a beautiful philosophical discussion, but I prefer to think about the practical side. As a capability, advanced power propulsion is going to enable us to do all kinds of stuff. We’ll send humans, and we’ll send robots. Because as a capability, we can do that. So we will!

A special thanks to Dr. White for giving The Debrief this exclusive interview. In the coming weeks, look for exclusive interviews with a number of the I-squared grant winners, including projects on Pulsed Fusion Propulsion, Directed Energy Propulsion, and Traversable Wormholes. Plus, keep following The Debrief to learn more about Dr. White’s recent Warp Drive breakthrough.