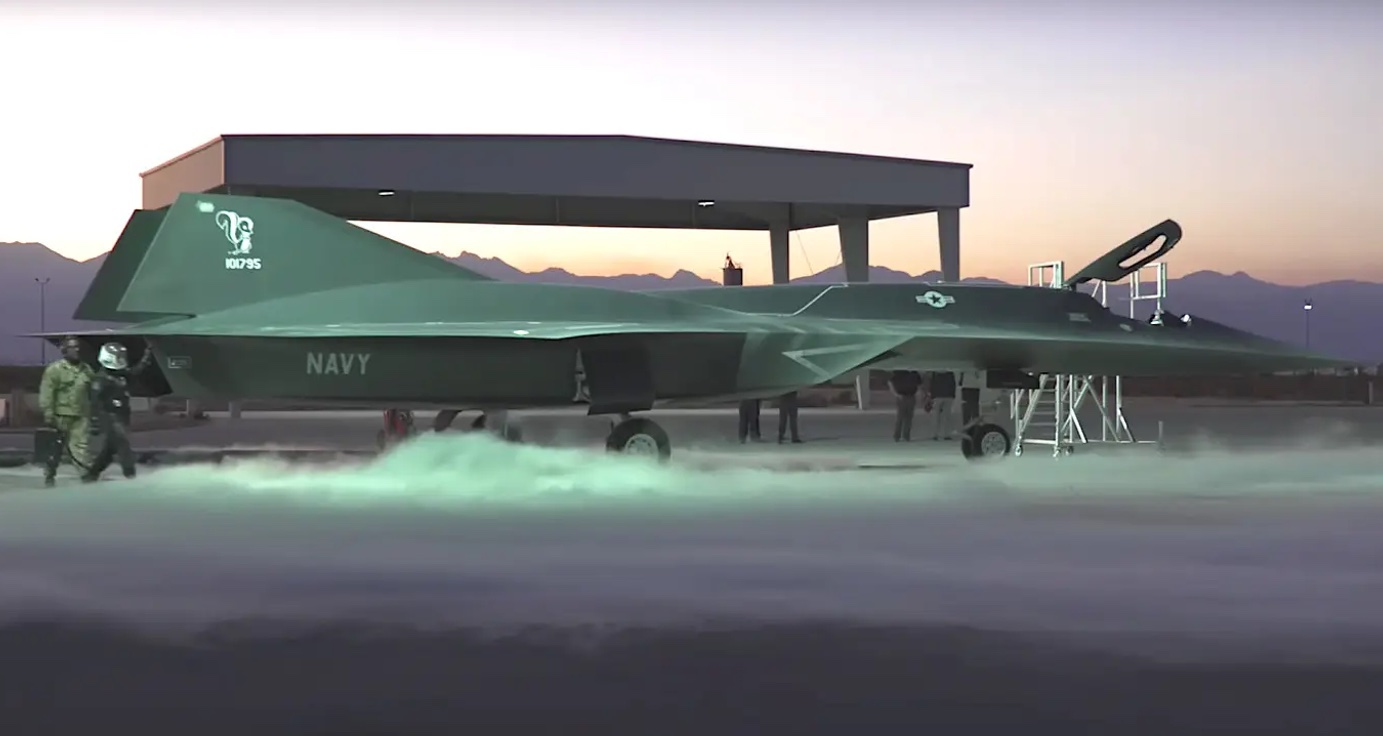 To open the much-anticipated movie sequel Top Gun: Maverick, Tom Cruise’s character Captain Pete “Maverick” Mitchell, braves danger to his career and flight status (not to mention his life) by pushing his experimental aircraft past Mach 10.

Without completely giving away the scene, Maverick is ultimately forced to eject from his disintegrating aircraft as it travels above ten times the speed of sound, allowing him to return to Top Gun flight school and lead the charge on the Death Star…err…an enemy target only 3 meters wide at the end of a long trench armed with anti-aircraft missiles and patrolled by enemy fighters.

Of course, since there were still almost two full hours of screen time remaining following Maverick’s life-saving, last-minute ejection, viewers were likely unsurprised to see that Captain Mitchell had survived the event to fly another day.

(Note: some internet theorists have postulated that Maverick did actually die from ejecting at this mind-boggling speed, and the rest of the movie takes place in some sort of afterlife, allowing him to make peace with his former failings before crossing over. However, for the purposes of this article, we will assume that the character survived.)

As is his way, noted celebrity scientist and science communicator Neil deGrasse Tyson took to Twitter to challenge the feasibility of Maverick living through this high-speed ejection.

Late to the party here, but In this year’s @TopGunMovie, @TomCruise’s character Maverick ejects from a hypersonic plane at Mach 10.5, before it crashed.

He survived with no injuries.

At that air speed, his body would splatter like a chainmail glove swatting a worm. Just sayin’. pic.twitter.com/YP9IKVc8VS

Setting aside the fact that Tyson’s tweet arrived months after the film hit theaters (implying that he saw it on TV at home and not in the theater), his pronouncement seemed to take the proverbial wind out of one of the movie’s most exciting moments.

A Twitter user named Condorman, whose profile indicates he is an Aerospace Engineer, immediately took Tyson to task:

Wrong again. You should research more before tweeting BS. There are ways to safely eject a pilot at hypersonic speed. We even had a way to do it in the 1960's. The X-15, which topped out at Mach 6.7, had an ejection system designed for hypersonic speed.https://t.co/yVpFn04w7S https://t.co/vG7G6IBvX8

A quick survey of the article posted by Condorman reveals that NASA and U.S. Air Force did actually look at this problem way back in the 1960s as part of their X-15 rocket plane program. And unlike previous efforts that involved an entire escape capsule to protect pilots from the elements, the X-15 included an actual ejection seat that was specially designed to address the risks of ejecting at hypersonic speeds.

“Because of its hypersonic speed and extreme altitude performance,” the post explains, “the X-15 required one of the most complex ejection seats ever put into service.”

To be fair, the system designed by the X-15 engineers involved the pilot wearing an astronaut-style pressure suit, which Maverick may or may not have been wearing in the film’s opening sequences. The customized ejection system was also designed to aid a pilot’s survival up to Mach 6.7, which was the top speed of the X-15. That is much slower than the Mach 10+ speed attained by Captain Mitchell.

So, was Tyson correct?

Less than 24 hours after the post by Tyson, NASA astronaut Scott Kelly jumped into the fray with his own pair of tweets.

Depends on his altitude. I was going Mach 25 when I left the ISS on a spacewalk and that was just fine. https://t.co/w2LP91SX06

The first tweet by Kelly points out that given the extremely thin atmosphere at the altitudes Maverick’s test aircraft was likely flying (and assuming he had a customized ejection system like the one designed for the X-15), he would almost surely be able to survive the ejection rather than suffering the ignominious fate described by NGT.

However, Kelly’s second tweet points out that simply surviving the ejection may not have been enough for Maverick to walk away from the stunt unscathed.

What altitude would be required to attain Mach 10.5?

Nearing Total War: The Latest on Russia’s Invasion of Ukraine

Here is an example of survival at Mach 3.5 at 78,000 ft, in a pressurized suit. https://t.co/NT4cZdPXcz pic.twitter.com/KNtnTbGIsa

In a 2009 honors thesis titled “Investigating the Biomechanical Effects of Ejecting at Hypersonic Speed,”  University of Queensland engineer and author Damien Chrzanowski notes that safe hypersonic ejection should be attainable and within the limits of the human body to survive.

“With the inevitable development of the hypersonic cruise vehicle, considerations must be taken into account on whether it is possible for a pilot to eject at hypersonic speed,” Chrzanowski writes. “After considering human limitations and hypersonic conditions, one can develop an ejection system that increases the likelihood of survival for the pilot in such demanding conditions.”

Ultimately, Tyson’s original tweet was both correct and incorrect all at the same time; a sort of “Schrödinger’s cat” of internet trolling, if you will.

Both the literature and astronaut Kelly’s observation all seem to indicate that NGT was wrong to say it is impossible for humans to survive hypersonic ejection. However, he was probably right (thanks to astronaut Kelley’s analysis) that a pilot traveling at this extreme altitude would not survive, although that would be because of the dangers of atmospheric reentry and NOT because she or he would be smashed like a worm meeting a chain mail glove.

So, in the end, and given the data, maybe those wacky internet theorists were correct all along. Maverick didn’t survive his hypersonic ejection but instead burned up in the atmosphere.

Either way, Tyson’s main point about the survivability of hypersonic ejection itself was incorrect. Which must be driving him crazy. And that is good enough for me.