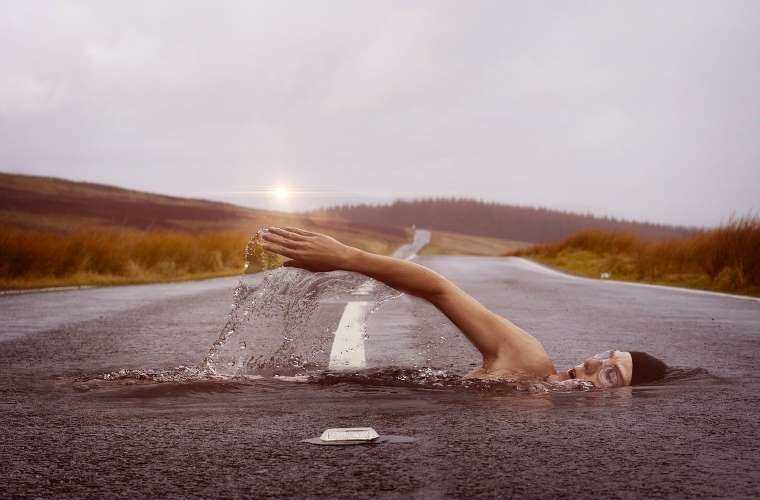 New Study Explains Why You Have Weird Dreams

From philosophers to psychiatrists, many have proposed theories as to why humans dream and why we have weird dreams. Recent advances in science and technology have shed some light on the mechanics of the phenomenon, but the ‘why’ of our dreams is still far from a resolved issue.

Unsurprisingly, a researcher in the field of artificial intelligence, where deep learning systems are often modeled on the human brain, is offering his own theory to explain why humans dream and why dreams are often so bizarre. And, he says, these two components form a single explanation all too familiar to those who work with deep learning networks known as the overfitted brain hypothesis. In short, dreams are weird because they are supposed to be, and that weirdness is the reason you’re dreaming in the first place.

“There’s obviously an incredible number of theories of why we dream,” said Eric Hoel, a professor in neuroscience from Tufts University, in a press release announcing his theory. “But I wanted to bring to attention a theory of dreams that takes dreaming itself very seriously–that says the experience of dreams is why you’re dreaming.”

Background: AI Can Help Us Understand Our Dreams

Although Hoel never set out to determine the origins of dreams, he indicated that he stumbled upon the idea when looking at how those in his field go about trying to program AIs to learn for themselves.

“The original inspiration for deep neural networks was the brain,” Hoel said, whose theory was published in the recent May issue of the journal Patterns. “If you look at the techniques that people use in regularization of deep learning, it’s often the case that those techniques bear some striking similarities to dreams.”

For example, Hoel says that when training an AI system like a self-driving car, researchers try to present the system with the broadest array of scenarios it may encounter when operating in the real world, similar to the way we learn. However, if given enough time, the system starts to recognize patterns in the data and ends up assuming that this data set represents the entire range of inputs it may ultimately experience in the real world. In effect, it stops learning after assuming it already knows everything (parents of teenagers are already familiar with this phenomenon, but that is another article altogether).

Analysis: This Is Why Your Weird Dreams Are Just Plain Freaky…

To combat this issue, AI researchers introduce random variables into the system’s learning sets, in essence, making the data “weird.” The AI can’t get too accustomed to, or “overfitted,” as AI researchers say, to the data. Overfitting an AI forces it to stay prepared to accept unexpected inputs. And, Hoel says, it was when analyzing this process that the idea the human brain may be doing the same thing occurred to him.

“Dreams happen to make our understanding of the world less simplistic and more well-rounded–because our brains, like deep neural networks, also become too familiar with the “training set” of our everyday lives.”

“It is the very strangeness of dreams in their divergence from waking experience that gives them their biological function,” he said. “Life is boring sometimes. Dreams are there to keep you from becoming too fitted to the model of the world.”

Outlook: Your “AI” Brain May Just Be Weird

Although it will take significant research to determine if Hoel’s theory is accurate, his work points to a well-known component of previous dream research that he believes supports it.

“It’s been shown that the most reliable way to prompt dreams about something that happens in real life is to repetitively perform a novel task while you are awake,” the press release states. “When you over-train on a novel task, the condition of overfitting is triggered, and your brain attempts to then generalize for this task by creating dreams.”

Spinning tops and folding cities aside, researchers may never completely understand the role dreams play, including whether they are simply a side effect of consciousness and play no role at all. However, as neuroscientists like Hoel continue to refine their methods for understanding and designing artificial intelligence systems based on the human brain, they may indeed confirm his idea that the weirdness of our dreams is, in fact, their purpose after all. Either that, or we just bought the wrong mattress.