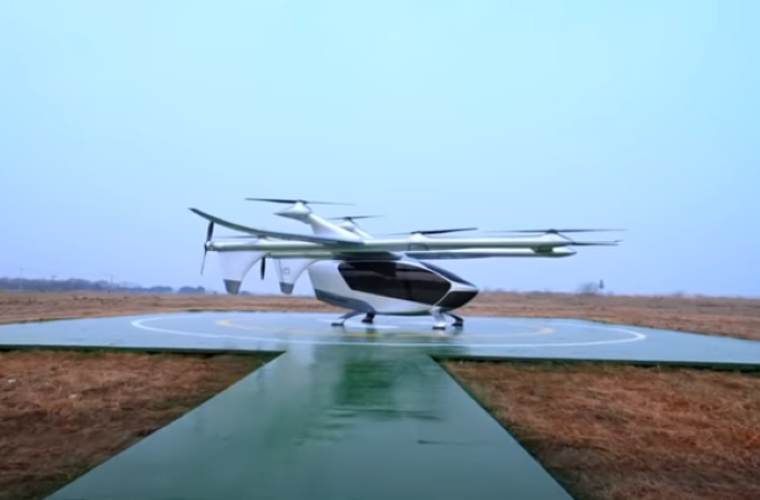 A new video from electric vertical takeoff and landing (eVTOL) designer Autoflight shows their Prosperity I vehicle transition from vertical takeoff to horizontal flight in mid-air. This successful demonstration marks a significant milestone for the Chinese/German collaboration, whose plans include a commercial launch later this decade.

EVTOL AND THE AGE OF THE AIR TAXI

Humans have been dreaming of flying cars for decades. Still, the real deal has yet to reach the market. As technology has advanced, those dreams have begun to shift toward scaled-up drones capable of carrying passengers. Often referred to as “air-taxis,” many of these personal drones are now in development. The Debrief recently reported on one aircraft whose single-passenger design resembles a flying saucer.

Now, Autoflight has taken an enormous step forward, showing how their eVTOL, the Prosperity I, can not only take off and land vertically like a traditional drone but can also smoothly transition from vertical to horizontal flight mode in mid-air.

TRANSITION VIDEO IS WORTH A THOUSAND WORDS

“The team and I are thrilled to have cracked the smooth transition phase of eVTOL flight, unlocking the skies for Prosperity I and our commercial products,” said company CEO Tian Yu in a statement to Aerospace Testing International celebrating the breakthrough flight. “We are confident we have a good design underpinned by sound engineering and delighted to see that the transition was smooth, safe, and seamless.”

Prosperity I uses eight rotors to lift the vehicle vertically in takeoff mode. In this latest test flight, the vehicle stops once it has reached an altitude of 490 feet and begins its transition.

First, it shuts down the front propellers and uses the rears to propel the craft forward. Soon after that, the rest of the vertical propellers cease operation, and a rear-facing propeller engages, increasing the craft’s speed to just above 100 mph. At the conclusion of the demonstration, the vehicle returns to its landing pad, stops in mid-flight, and uses its vertical propellers to set down safely.

“Achieving a smooth transition phase in record time, from prototype to flight, underlines the calibre of the engineering team we have at AutoFlight and gives great confidence as we progress into the development phase and layout plans for our first manned aircraft, the Prosperity I,” said Mark Henning, managing director of AutoFlight Europe. “The simplicity of AutoFlight’s design lies in our patented ‘Lift and Cruise’ configuration, which combines superior range and safety with low technical complexity, making it affordable to manufacture, maintain and operate as an air taxi.”

PROSPERITY I HOPES TO REACH MARKET IN 2025

In the video’s conclusion, Henning notes that more testing is needed before the vehicle is ready for government certification.

“We are keeping developing and testing our Prosperity I, our air taxi,” he explains, “to start the certification with EASA (European Aviation Safety Agency) later this year.”

There is no clear timeline for such testing, especially since eVTOLs and other air taxis have yet to enter the commercial market anywhere in the world. However, given this latest successful test, AutoFlight seems well on its way.

“Our ambitious goal is to start and begin with safe passenger transportation already in the year 2025,” said Henning to conclude the demonstration video.