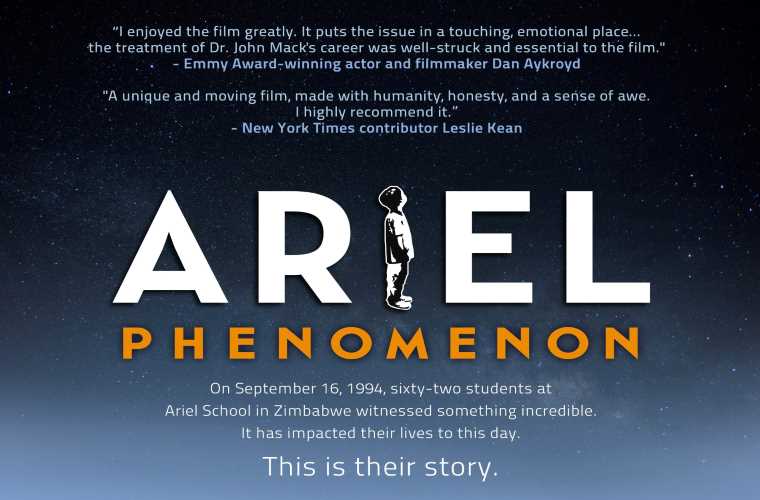 The long-awaited trailer for the Ariel School Phenomenon documentary is finally here!

For those unfamiliar with the story, Ariel School in Zimbabwe, Africa was the sight of a mass UFO sighting in 1994. However, unlike most sightings of objects in the sky, this event included over 60 schoolchildren who claim they not only saw what appeared to be a spacecraft of some kind landing behind their school but at least two of its “alien” occupants outside the craft. Even more intriguing, some of the students say their close encounter of the third kind included wordless communication with the craft’s occupants, a potential warning about humanity’s deleterious effects on Earth’s environment.

The 2020 James Fox film The Phenomenon dedicated its final twelve minutes of screen time to focus on the event. This segment included file footage of many of the children talking about their experience when it happened, and again over 20 years later. Similarly, TV host Josh Gates accompanied Fox to Zimbabwe for a segment of his “Expedition Unknown” show, which saw six of the former students once again recounting the tale, only as full-grown adults.

Still, viewers of both specials were left craving for more.

Now, after years of work and preparation, that craving is finally going to be fulfilled.

The film itself will be released on May 20th and can be found at arielphenomenon.com. The Debrief will offer a full review of the nearly two-hour documentary in conjunction with that release. Our own Chrissy Newton will also conduct an interview with the film’s director Randall Nickerson, which will appear the same day as the documentary’s release.

Here are some quotes from folks who have seen advanced copies of the film:

“I enjoyed the film greatly. It puts the issue in a touching, emotional place.”

“A unique and moving film, made with humanity, honesty, and a sense of awe. I highly recommend it.”

“Ariel School Phenomenon is powerful, life-affirming and brought me to tears.”

“The most effective story told on the subject that I have ever seen.”

“I saw this film but am not allowed to talk about it yet.”

Something happened in Zimbabwe in 1994 that seems to have altered the lives of these students forever. Hopefully, the new documentary can finally offer some answers. Until then, enjoy the trailer a few times. 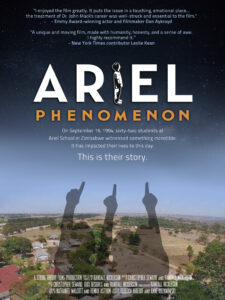