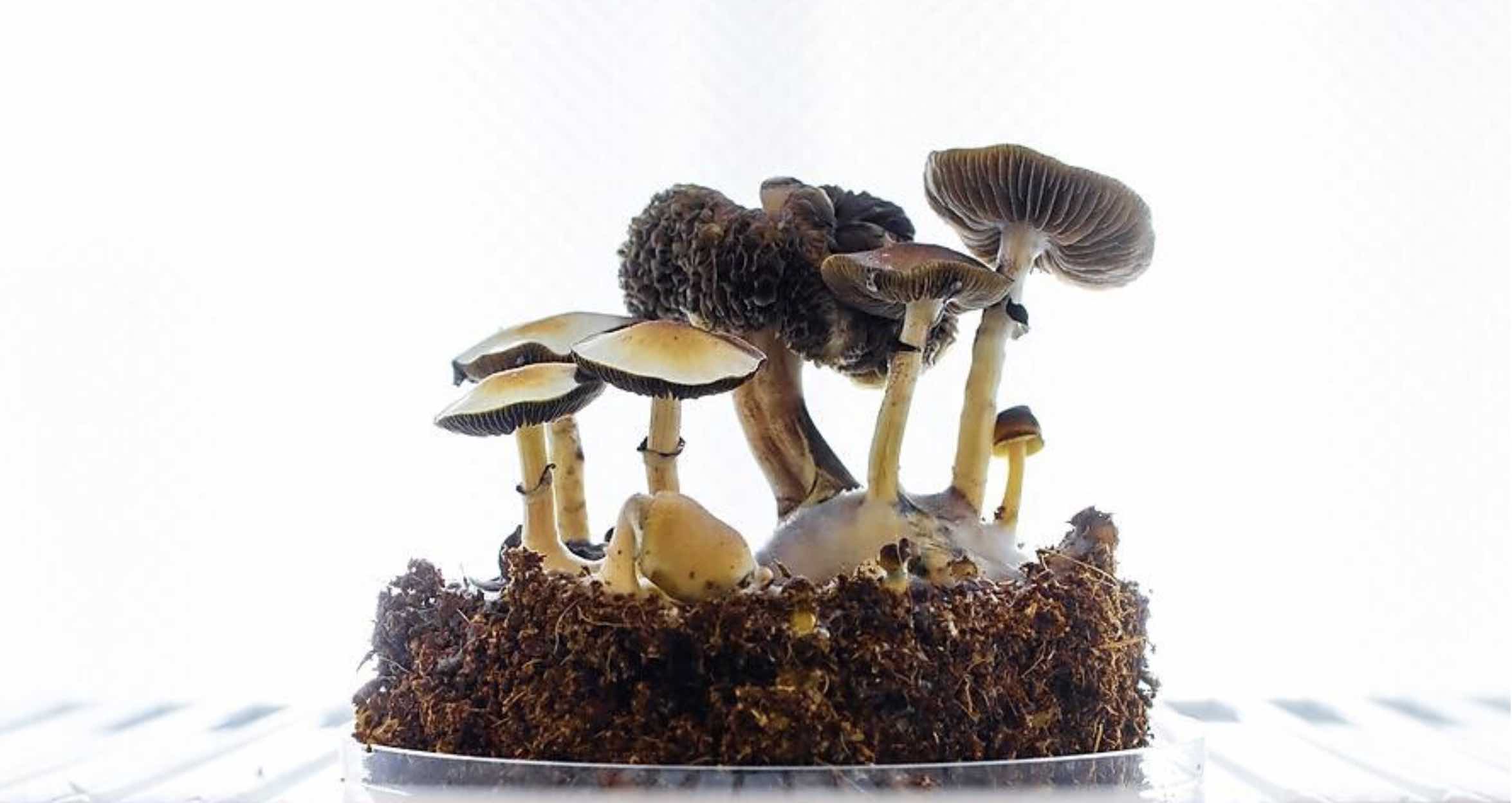 (Credit: University of Plymouth School of Biological and Marine Sciences)

For decades, consciousness researchers have been fascinated by the psychedelic qualities that certain varieties of fungus possess and the remarkable effects they have on the human mind.

Since the early 2000s, a new wave of scientific studies focused on the effects of these hallucinatory compounds have emerged, beginning with Johns Hopkins Center for Psychedelic and Consciousness Research being granted regulatory approval in 2000 “to reinitiate research with psychedelics in healthy, psychedelic-naïve volunteers.”

Six years later, they published the results of their findings, which found long-term positive effects that resulted from as little as a single dose of psilocybin. Subsequent research led to a federal grant in 2021 from the National Institutes of Health to study the possible impact psilocybin might have on helping smokers quit, marking the first time in five decades that such a grant was provided for psychedelic treatment research.

With the growing awareness of psilocybin’s importance in treating everything from addiction to anxiety and depression, now scientists are trying to narrow down what led certain fungi to take the unique evolutionary path that helped them produce psychedelic compounds in the first place.

Recently, a research team at the University of Plymouth has taken up the case in a new study, which uses novel genetic science coupled with behavioral experiments to help unravel the origins of psychedelic compounds in certain fungi.

Among the theories the team explored included whether hallucinatory compounds might have developed as a unique defense mechanism against invertebrates that rely on fungi as a staple of their diets. Another angle they explored looked at whether some psychedelics were produced in order to manipulate the behavior of insects, not unlike how flowering plants have evolved to work with pollinators in what are often very remarkable ways.

Due to its occurrence in so-called “magic mushrooms,” psilocybin had been a natural central area of focus that the University of Plymouth team chose to explore. This, along with the compound’s similarity to the neurotransmitter serotonin, which is synthesized within our bodies and plays a critical role in conveying information between nerve cells.

John Ellis, Ph.D., Lecturer in Conservation Genetics and one of the researchers supervising the study, says that despite their ubiquity in the natural world, fungi actually present a number of challenges when it comes to their incorporation in studies like the one his team has undertaken.

“Fungi generally receive less attention overall than animals and plants, partly because they are less apparent, people interact with them less and they can be hard to study,” Ellis recently said in a statement. Ellis also cites the problems associated with the illegality of psychedelic use, which in decades past has required special permits and other preparation in order for studies to occur.

Due to such barriers, some of the most intriguing data on the use of psychedelics is already several decades old.

According to Ellis, “there were some very interesting studies in the 1940s and 50s into the use of LSD as a psychotherapeutic treatment for alcoholism and obsessive-compulsive disorder. Around that time, people also became interested in fungi from an anthropological perspective.”

One example he provides involves the studies conducted decades ago by the research team of María Sabina and R. Gordon Wasson, who traveled to Mexico to observe religious ceremonial practices that incorporated the use of psychedelic fungi.

“Around this time, there were also other charismatic individuals, such as Timothy Leary, who advocated the use of LSD more widely by the general public,” Ellis says. However, as Leary and others worked to bring more widespread attention to the use of psychedelics, that attention also had the negative effect of drawing attention from lawmakers, whose regulations against psychedelic substances led both to cultural stigmas and also impeded scientific studies of their potential benefits in therapeutic practice.

Fortunately, it seems that many of the old attitudes toward psychedelics and their academic study have changed in recent years, potentially allowing researchers like Ellis to explore their beneficial nature.

“More recently, people have returned to that initial research and found that compounds such as psilocybin can have psychotherapeutic benefits,” he says.

“However, that has not addressed their evolution in nature,” he adds, “which is what makes the research we are doing so exciting.”

With the help of cutting-edge DNA sequencing technologies, the team compared psychoactive and non-psychoactive fungi samples to explore how large a segment of the animal kingdom regularly feasts on psychedelic fungi and how its effects on those species might compare to human experiences with psychedelics.

Along with its focus on DNA sequencing, the research also incorporates gene editing technologies aimed at creating mutated fungi which is incapable of synthesizing compounds like psilocybin.

Fundamentally, Ellis and the University of Plymouth team hope that their research can have the overall effect of helping remove some of the remaining stigmas against psychedelics and their serious study by academics.