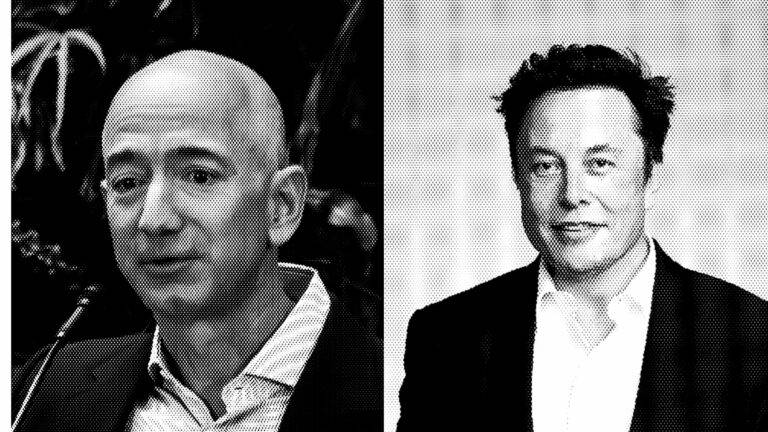 The two richest men on the planet are dueling it out for space supremacy! No, this isn’t a Justice League storyline of Bruce Wayne versus Lex Luthor, but a real-life space-race for satellite-based Internet commerce between Elon Musk’s SpaceX and Jeff Bezos’ Amazon.

BACKGROUND: The Starlink Versus Kuiper Feud

According to CNN Business, Musk and Bezos are planning on launching a new venture of low-Earth orbiting satellites that will provide high-speed Internet access to rural parts of the world. Amazon’s Kuiper System is in an early development stage, while SpaceX’s Starlink network has 955 satellites in orbit. With both tech giants working on satellite-based Internet projects, there was bound to be some conflict. Last summer, SpaceX petitioned the Federal Communications Commission to adjust the altitudes of the satellites to avoid spectrum interference with other satellites, as well as helping deorbit old ones. Amazon attempted to block the petition by citing potential interference and risk of satellite collision.

Musk sounded off on Twitter with a statement of “It does not serve the public to hamstring Starlink today for an Amazon satellite system that is at best several years away from operation.”

Amazon responded by releasing a statement of its own to CNBC of “The facts are simple. We designed the Kuiper System to avoid interference with Starlink, and now SpaceX wants to change the design of its system.”

Adding to the bad blood between Amazon and SpaceX, Musk was previously unhappy with the progress of Starlink and fired seven Starlink managers; two of those fired managers now are heading up Amazon’s Kuiper.

ANALYSIS: Starlink May Win This One

SpaceX has led the way in this commercial space, but that doesn’t mean Amazon and other interested companies’ concerns are not valid.

The Strange Truth Behind the Toad Lickers

“A bigger commercial concern is SpaceX planting its flag in prime orbital real estate, where ‘it’s high enough that you don’t have to be constantly re-boosting the orbit and using a lot of fuel, and low enough that if things go wrong, it’ll reenter naturally’ in the Earth’s atmosphere — a key FCC requirement for mitigating debris in orbit,” said Harvard astronomer and Starlink tracker Jonathan McDowell to The Verge. “The more SpaceX’s satellites are in that altitude range, the less room there is for other companies to later put stuff there. The grabbing-up of all the good territory is a reasonable complaint.”

OUTLOOK: Can’t We All Just Get Along?

Musk is valued at $209 billion, while Bezos’ net worth is estimated at $192 billion. The billionaire class battling for space supremacy, while poverty, a pandemic, the climate crisis, and a whole host of other problems, no pun intended- is rich. The efforts to provide Internet for rural communities is admirable. Still, Bezos and Musk should stop the bickering and maybe work in unison on some of the other problems society faces. As far as the issue at hand of neighboring satellites providing similar services, there should be room for multiple companies to invest in space-based Internet satellites without worrying about physical and commercial collisions.

It will be interesting to see if any other tech giants or aerospace companies step into the same arena with Amazon and SpaceX, and if so, will this draw the ire of Musk and Bezos? Remember, it was once said, “the next big war will be won or lost in space.” Not all wars are fought with weapons.