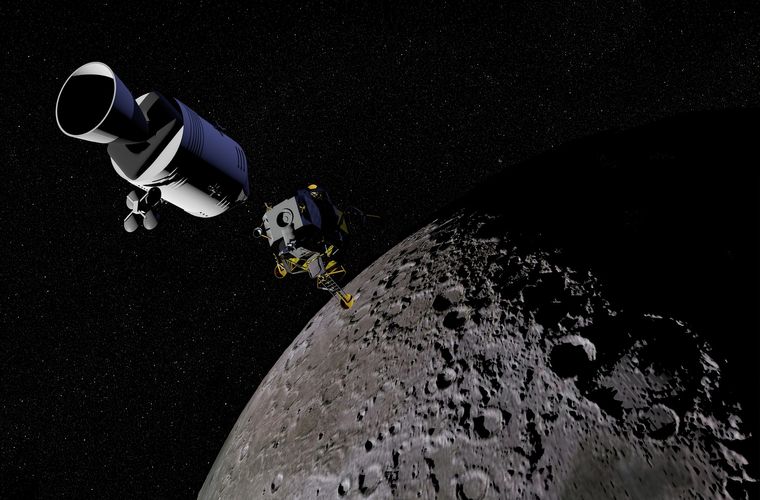 It has been a dream for many over the centuries to visit the Moon. The space race in the 1960s illustrated just how important that dream was to countries all around the world, but following the successful manned Moon missions of that era, many have wondered if Americans will ever return.

Now, NASA and other space agencies are working on technology to send people back to the Moon to learn more about its origins, and companies like AI SpaceFactory are even working on the prospect of helping make a continuous human presence on the Moon a reality. In a recent announcement, the company revealed its designs for LINA, a lunar outpost concept that would be developed in collaboration with NASA’s Kennedy Space Center (KSC).

Background: The History of AI SpaceFactory

AI SpaceFactory may not be a household name as far as the new space race of the 21st century goes, but they are hard at work on the development of future space technology. Their primary goal is to build construction tools for improved space exploration with the use of sustainable materials.

Founded in 2017, the company mainly focuses on the future of human habitation, and the company has made a name for itself by winning $500,000 from NASA’s 3D Printed Habitat Challenge. The printed habitat was created from recycled materials and was able to withstand the extreme environments that NASA tested on it. Now, the company hopes to use a similar technology to build its lunar outpost.

The LINA lunar outpost project came from NASA’s 2020 Announcement of Collaboration Opportunity (ACO) Selections, of which AI SpaceFactory was a collaborator. Using the collaboration, AI SpaceFactory was able to change the composition of its 3D printed material, which originally was made from Martian soil types to now being created using a more lunar soil-type base. The 3D-printed habitat was tested in a special vacuum chamber at NASA, which simulates the environment on the Moon. Tests revealed that the material can be tweaked to be even more sustainable too, and AI SpaceFactory hopes to use it to print its LINA complex.

The complex will be printed by robots on the Moon’s south pole near the Shackleton crater. There, LINA can take advantage of almost constant sunlight for solar power arrays, and nearby frozen water can be harvested easily. The building’s architecture makes it possible to have 2.7-meter-thick walls, withstanding radiation, heat, meteors, and more. As AI SpaceFactory CEO David Malott explained, “Our Mars habitat prototype MARSHA proved that 3D printing with a polymer composite was a strong solution for habitation off-world. Developing LINA and printing in an environment that is void of atmospheric pressures or weather systems advances that technology through a new context, with new and more precise variables.”

The printed model of LINA will reside at one of KSC’s laboratories called the Swamp Works, and will be fitted with other infrastructure created by NASA. Not only does this next-level lunar habitat provide a cost-effective and easy way to construct buildings off-planet, but it also places sustainability as one of its main objectives. Creating these habitats may not only shift the current space-exploration industry, but may also provide a huge boost in terms of space tourism, especially if our aspirations to build lunar outposts ever extend beyond science, and into the hotel industry.