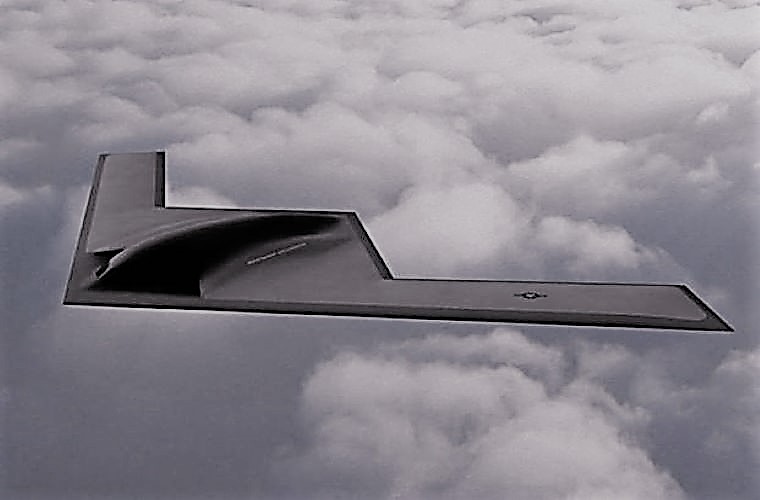 To make way for the upcoming B-21 bomber “Raider,” two of the US Air Force’s three strategic bombers are being phased out. The B-1 and B-2 bomber airframes are each nearing the end of their tenure. Seventeen of the existing 62 B-1 Lancers have already been sent to the boneyard. The remaining B-1’s are scheduled to exit service before 2036. The 20-ship B-2 Spirit fleet will be decommissioned before 2032. Amusingly, the USAF’s third strategic bomber, the 70-year-old B-52 Stratofortress, is scheduled to remain in service until the 2050s. The USAF hopes that the B-21 will join the fleet in 2025, complementing the Eisenhower-era B-52.

Background: The End of an Era That Never Really Came

The B-1, affectionately known as the “Bone,” was designed in the 1970s with a low radar cross-section and supersonic speed. The bomber is most distinct for its variable sweep-wing–a configuration more commonly associated with the F-14 Tomcat. The sweep-wing allows for high lift and power (when fully extended) and low drag (when swept-back). When fully extended, the B-1 generates more lift than the B-52, meaning the B-1 can take off more easily, hence operating from a greater variety of bases. And when the B-1 needs to go supersonic, the pilot can sweep the wings back, reduce drag considerably, and accelerate.

Swept winged and supersonic, the B-1 was intended for deep-penetration nuclear strikes against the Soviet Union. Of course, the B-1 never served its nuclear strike function. The B-1 is no longer permitted to carry a nuclear payload. The START I treaty, which President Bush Sr. and President Michael Gorbachev signed in 1991, requires that the B-1 carry a conventional payload (Russian weapon inspectors inspect the B-1 fleet each year). After being converted to a conventional bomber, the B-1 served venerably in Kosovo, Iraq, and Afghanistan–a respectable contribution for a program that was revived from the dead.

President Reagan, a fervent anti-communist, revived the B-1 program after President Carter canceled the bomber. Concerned with the B-1’s cost and efficacy, Carter axed the B-1. Instead, Carter announced the US would build ICBMs and upgrade existing B-52’s. Carter explained his position: The B-1 is “a very expensive weapon…not now necessary” because of the “recent evolution of the cruise missile.” And quietly, without an announcement, Carter authorized the Advanced Technology Bomber project, which would lead to the B-2 Spirit stealth bomber.

By the 1980s, the ever-increasing sophistication of Soviet air defense was a top concern for US military planners. The Soviets had essentially denied airspace access to conventional airframes. The Soviet’s Airborne Early Warning and Control (AWACS) system could detect existing American aircraft. And the Soviet’s new surface-to-air missile, the SA-10, plus their new MiG-31 interceptor, made survival less likely for any detected aircraft. Avoiding detection became a vital interest. The B-2 is the manifestation of that interest.

Perhaps the most recognizable airframe in the world, the B-2 Spirit is a flying wing with low observable stealth technology–meaning, the B-2 can enter denied airspace without tripping any alarms. Although designed with the Soviets in mind, the B-2 did not debut until 1997, after the Soviet demise. Capable of carrying nuclear weapons (undetected), the B-2’s mere existence is a geopolitical flashpoint, a point of concern for US opponents (understandably, most countries are not comfortable with the idea that they can be nuked surreptitiously). At $2.13 billion per aircraft (yes, billion), the B-2 was controversial domestically, too.

Difficult to maintain and geopolitically difficult to forward deploy, the B-2 is typically housed on US soil (at Whiteman AFB in Missouri). Yet, even from Missouri, the B-2 has the range to operate globally. Without a tail or fuselage, the B-2 has excellent aerodynamic efficiency and a 6,900-mile range (using only internal fuel). One in-air refueling can boost the B-2’s range to 10,000 miles. From Missouri, the B-2 has conducted round-trip operations in Libya, Afghanistan, and South Korea. (So, the pilot can wake up and go to sleep in Missouri while still conducting a bombing mission in Africa during the day).

Both the B-1 and the B-2 are impressive machines that have performed admirably.

While the B-1 never served its initial purpose against the Soviet Union, the bomber has been in near-constant service as a conventional bomber. The go-to option for Middle Eastern bombing missions, the B-1 has been “the workhorse of the Air Force,” General John Hyten told the Senate Armed Services Committee in July 2019. Actually, the B-1 has been overused. “We’re just beating the heck out of them, deploying them, deploying them,” General Hyten said.

The cost to maintain the B-1, or in many respects, restore battered aircraft, is becoming prohibitive. “The Air Force estimated that the cost of getting some B-1s back into shape could be as high as $30 million apiece,” Benjamin Brimelow writes in Business Insider. With the B-21 on the way and a larger, healthier fleet of B-52s standing by, investing in the B-1 no longer makes sense.

Similarly, the B-2 is no longer worth maintaining. Despite proving itself capable, the B-2 simply hasn’t been needed. In twenty years, the B-2 has only flown a handful of sorties. And since 2011, the B-2 has flown just five sorties–all in Libya. Remember: the B-2 was designed to penetrate sophisticated Soviet air defenses. In US-controlled Libyan or Afghan airspace, the B-2’s stealth is a pointless feature–so, why risk a $2.13 billion dollar aircraft when not necessary for mission success or pilot safety?

The B-1 and the B-2 missed their windows of purpose. The Soviet collapse rendered the technologically advanced bombers primarily redundant with the existing (and cheaper) B-52. The B-1 and B-2 are too expensive to serve as everyday bomb-trucks (a role the B-52 can serve reliably). And in looking ahead to future conflicts, war planners are concerned that the B-1 and B-2 will soon become outdated, unfit to serve on the leading edge of US strategic bombing.

Outlook: Will the B-21 Bomber Serve its Purpose?

Clearly, the B-21 Raider is the future of US strategic bombing. But we don’t know much about the futuristic bomber. “Information about the B-21 is notoriously limited, with many details of the Raider’s cost, appearance and capability classified,” Valerie Insinna writes in Defense News.

With the first two B-21’s currently under construction at Northrop Grumman’s Palmdale, California facility, the plane should make its first flight in 2022.