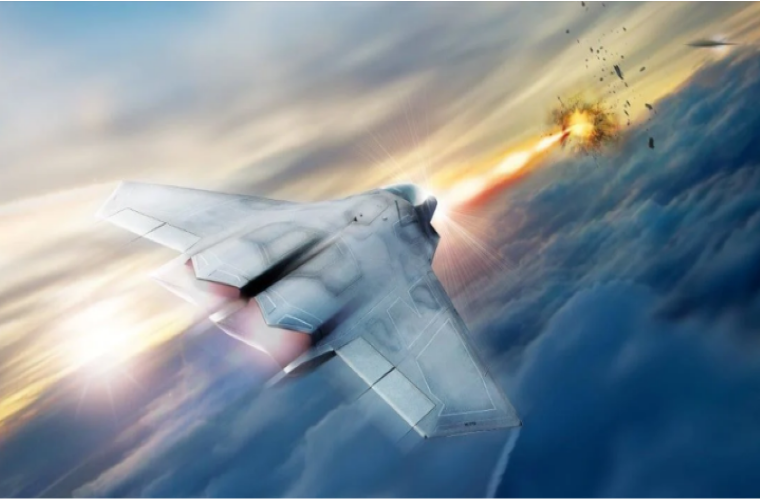 The U.S. Air Force is Gearing Up For Action With Its New Fighter-Mounted Lasers

After years of development, the United States Air Force has received its first delivery of fully functional, fighter-mounted lasers. Designed and built by contractor Lockheed Martin (with two sub-components already delivered by Northrop Grumman and Boeing), the 60kW laser pods are fully functional and ready for immediate use. The Air Force is expected to begin field testing soon, with a plan for actual field deployment still forthcoming.

AIR FORCE NOT the only MILITARY EYEING LASERS

The U.S. military has been working on battle-ready lasers since the 1980s. Unfortunately, those original models required massive amounts of chemicals and equipment to operate, making them impractical.

Last December, the U.S. Navy reported a successful test of a ship-mounted laser (also made by Lockheed Martin), which destroyed a floating target designed to simulate a surface attack. Then, in February of this year, the Navy test-fired s second laser weapon (another Lockheed system), successfully downing fixed-winged UAVs and quadcopters, as well as high-speed drones that were simulating subsonic cruise missiles.

Now, the Air Force has taken delivery of all of the components it will need to begin mounting fully-functional laser systems on its fighters. If successful, this step may signify a seismic shift in weapons and strategy within aerial combat.

According to company officials and folks from the Air Force Research Lab (AFRL), Lockheed delivered the new laser system to the Air Force in February but is only now making that delivery public. Known as LANCE, or “Laser Advancements for Next-generation Compact Environments,” the system is particularly noteworthy for its light weight, compact size, and minimal power requirements, all extremely significant when equipping a fighter jet with this type of weapon platform.

“It is the smallest, lightest, high energy laser of its power class that Lockheed Martin has built to date,” company executive Tyler Griffin told reporters earlier this month. “It is a critical benchmark in developing an operational laser weapon system in the airborne domain.”

“It’s one-sixth the size of what we produced for the Army going back to just 2017,” Griffin added.

The two other components that make LANCE work are a beam control system built by Northrop Grumman and the pod mounting system built by Boeing. The former helps focus the laser’s power, while the latter lets the laser slip seamlessly right onto a number of in-use fighters.

Like the Navy, the Air Force has been uncharacteristically forthcoming about its goals of adding lasers and other directed energy weapons systems to its arsenal. The delivery of this system and its sub-components is a significant step in that direction.

NO TIMELINE FOR AIR FORCE TO PUT LASERS INTO SERVICE

When asked what types of tests are planned or how the lasers might be used in actual combat scenarios, Wood was guarded in his response.

“Mission utility analyses and wargaming studies are ongoing and will help determine how these subsystems and/or an integrated laser weapon system might potentially be used,” he explained. “Specific targets for future tests and demonstrations will be determined by the results of these studies as well.”

Earlier this year, The Debrief reported on some of these AFRL studies examining how to use lasers and kinetic weapons in concert. Those studies showed both financial and tactical benefits of using laser weapons alone and as a complement to traditional weapons.

Asked when they plan to mount the pod onto an actual fighter jet, which fighter that might be, and what types of tests the system will undergo in the field, Wood remained cautious in his response.

“A variety of potential applications and platforms are being considered for potential demonstrations and tests, in partnership with our warfighter stakeholders,” he said. “At this time, no decision has been made on a specific application or platform for these follow-on activities, no flight demonstration is funded, and there is no direct transition plan into a program of record.”

There is still an air of secrecy surrounding lasers and other Directed Energy Weapons (DEWs). However, given the successful testing of similar Lockheed systems by the Army and Navy and the increasing pace of those tests, it seems like only a short matter of time before lasers on military aircraft are almost standard equipment.

Next up: photon torpedoes!