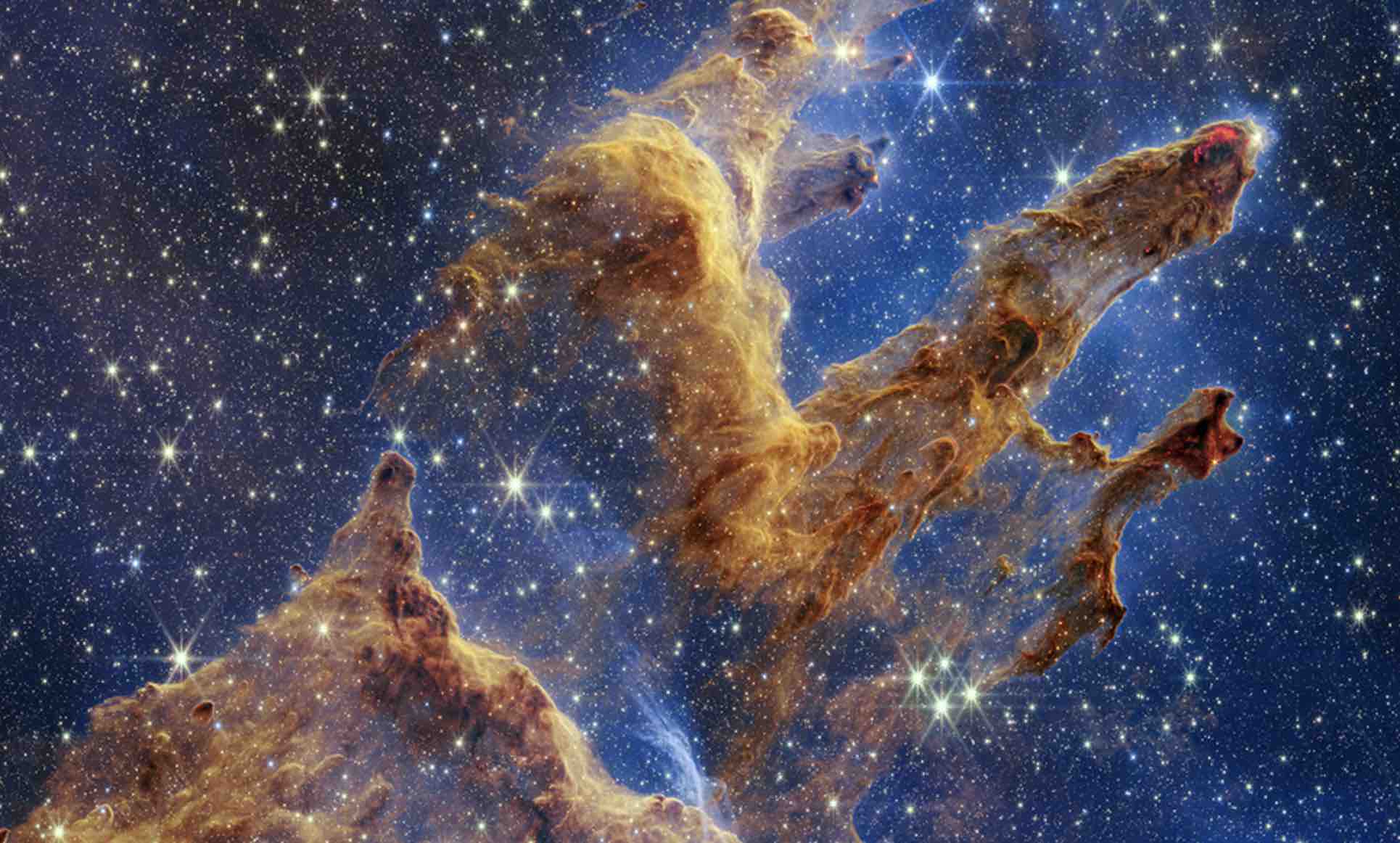 Gravitational Propulsion: Could We Travel Through Space by Manipulating Dark Energy?

Since the Sun rises late in the fall season, my early morning jog today started in complete darkness with stars sprinkled overhead. The stars appeared like remote city lights. When looking up, I wished gravity did not keep my feet grounded to Earth, enabling me to continue my jog all the way to the stars.  This would have been possible if gravity was repulsive.

But the vacuum is qualitatively different from matter or radiation. It has a negative pressure with a magnitude that is equal to its energy density. As a result, its energy density plus three times its pressure induces repulsive gravity. If Isaac Newton sat under an apple tree in a gravitational background dominated by the vacuum, the apple would rise up instead of falling down. Moreover, the apple’s speed would keep increasing as it moves up all the way to the speed of light.

This is not fantasy. The actual mass budget of the Universe is currently dominated by the vacuum, and its repulsive gravity causes galaxies to recede away from each other at an ever-increasing speed. As with Newton’s apple, cosmic acceleration will separate galaxies up to the speed of light within ten billion years.  We will not see light emanating from these distant galaxies after they reach the speed of light. At that time, they will exit from our event horizon just like a light bulb falling into a black hole. I summarized this gloomy cosmic forecast in a paper, shortly after the cosmic acceleration was discovered a quarter of a century ago.

Could we propel ourselves to the stars by manipulating the cosmic dark energy that makes the vacuum? Obviously, there is no way for us to excavate or engineer a substance that we do not understand. So far, cosmologists have no clue about the nature of cosmic dark energy. But perhaps exo-cosmologists on habitable planets around other stars have figured it out. If so, they should get paid more than our cosmologists. In principle, we could check the sky for extraterrestrial vehicles moving around without anything coming out of their exhaust. If we ever identify such objects through their interaction with light, they would also interact with air or water in ways that we can detect because all these interactions are mediated by electromagnetism. Irrespective of the propulsion method, any object observed through optical, infrared, or radio detectors must also produce fireballs if it moves through the atmosphere or through water at extreme speeds.

But even if the negative gravity of the vacuum cannot be used for propulsion, normal attractive gravity could be harnessed through gravitational assists.

In the immediate vicinity of stars, gravity can launch a spacecraft up to one part per thousand of the speed of light. Compact remnants of dead stars can provide a larger velocity boost. For example, many stars that formed at the peak of the cosmic star formation history ten billion years ago consumed their nuclear fuel by now, and their cores turned into cold metallic remnants. These so-called white dwarfs are the size of the Earth and the mass of the Sun. A civilization around a white dwarf could pursue a gravitational assist of up to a percent of the speed of light.

A tenth of the speed of light is accessible with a gravitational slingshot composed of two neutron stars in a tight orbit. Black hole pairs can do even better. The LIGO experiments detected powerful gravitational waves from both types of systems. Aside from the standard gravitational kick, one can imagine a vehicle riding on the crest of a gravitational wave and gaining energy from it like a surfer on an ocean wave. The surfer would experience acceleration until it eventually slips out of synch with the wave crest because of its difference in speed. In my Ph.D. thesis, I showed that a charged particle in a helical motion around a magnetic field could lock into a permanent resonance with the phase of a planar electromagnetic wave and be accelerated indefinitely to extremely high energies. This auto-resonance also applies to a planar gravitational wave.

The best launcher is a slingshot made of a tight pair of supermassive black holes. As I showed in a paper with my former postdoc, James Guillochon, this gravitational pinball machine can launch a dense object up to the speed of light.

Another path for a gravity-assisted launch is associated with a pair of stars passing near the supermassive black hole, SgrA*, at the center of our Milky Way galaxy. As I showed in a paper with my former student, Idan Ginsburg, this process could yield a hypervelocity system made of a habitable planet around a star, kicked up to a percent of the speed of light. Interstellar tourist agencies should sell tickets to such habitable rides at the highest Galactic fares.

Innovation lies with young minds. This gives me hope that the future will be better than the past. New stars could give birth to even more advanced technological civilizations in our cosmic neighborhood.

The Webb telescope just released a beautiful image of young stars, born in a nearby nursery. When looking at this image, my wishes to the future civilizations out there were epitomized by the words of Bob Dylan: “May you build a ladder to the stars/And climb on every rung/ May you stay forever young.”