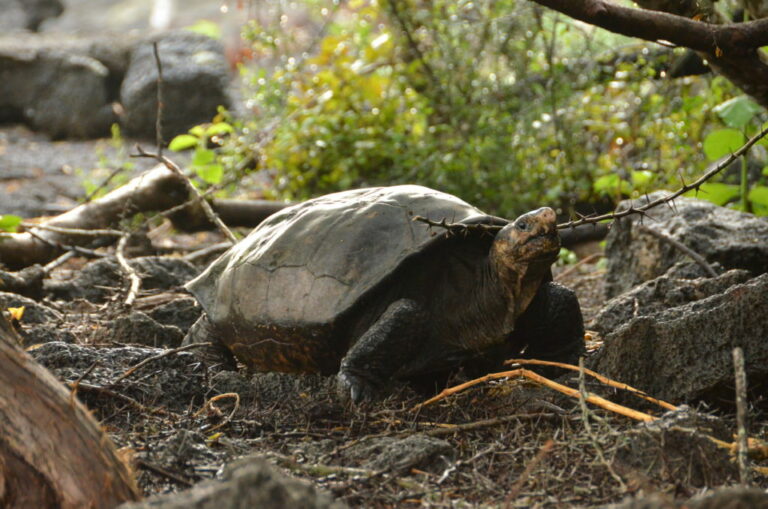 The rediscovery of a giant Galápagos tortoise belonging to a species thought to have been extinct now for more than a century has been confirmed, according to Ecuador’s Ministry of Environment and Water.

Gustavo Manrique, head of the Ecuadorian Ministry of the Environment and Water tweeted the recent discovery, made in the Galápagos National Park.

“We have reconfirmed its existence,” Manrique said on Twitter, identifying the tortoise to be of the species Chelonoidis phantasticus. Following its discovery, the specimen was confirmed by researchers at Yale University, according to representatives from Galápagos National Park.

“Yale University revealed the results of genetic studies and the respective DNA comparison that was made with a specimen extracted in 1906,” a park official told CNN in a statement.

Believed to have been driven to extinction, the female tortoise was discovered two years ago during a February 2019 expedition, although confirmation of its identity as the sole known representative of Chelonoidis phantasticus only occurred recently.

The Fernandina Island Galápagos tortoise, as the species is more commonly known, was first discovered in 1906 when a male specimen was found and killed by members of an expedition undertaken by the California Academy of Sciences. Prior to its recent rediscovery, no other representatives of the species have been seen since that time, although evidence emerged in 1964 in the form of bite marks on cactus that some researchers suspected might have been left by one of the tortoises.

In 2009, an unconfirmed sighting of one of the reptiles occurred on the island, followed again in 2013 by additional evidence of feeding by one of the creatures. In 2019, the expedition that resulted in rediscovery of the species was led by Washington Tapia-Aguilera, Director of Conservation at the Galápagos Conservancy and also director of the Giant Tortoise Restoration Initiative. The expedition was launched jointly by the Galápagos National Park Directorate and Galápagos Conservancy, portions of which were filmed and appeared on the television program Extinct or Alive.

The involvement of the program resulted in minor controversy, due to some outlets crediting host Forrest Galante with the discovery of the specimen. Tapia-Aguilera disputes this, saying “park ranger Jeffreys Málaga was the one that knew the land, tracked the tortoise, and ultimately made the discovery before calling over the rest of the team.”

Have Zoom Fatigue? It’s Because You’re Staring at Yourself

Upon discovery of the female specimen in 2019, the tortoise, which has been given the name Fern, was taken to the Tortoise Center on Santa Cruz Island, a breeding facility operated by the Galápagos National Park Directorate.

Although initial testing that confirmed the discovery was undertaken by the California Academy of Sciences, later testing by geneticists at Yale University made comparisons between Fern’s DNA and samples from the original male specimen discovered in 1906, which resulted in a positive match.

Future expeditions will hope to find a male companion for Fern to help ensure that breeding can occur, in order to sustain the presumably small population of extant members of this rare variety of giant Galápagos tortoise.