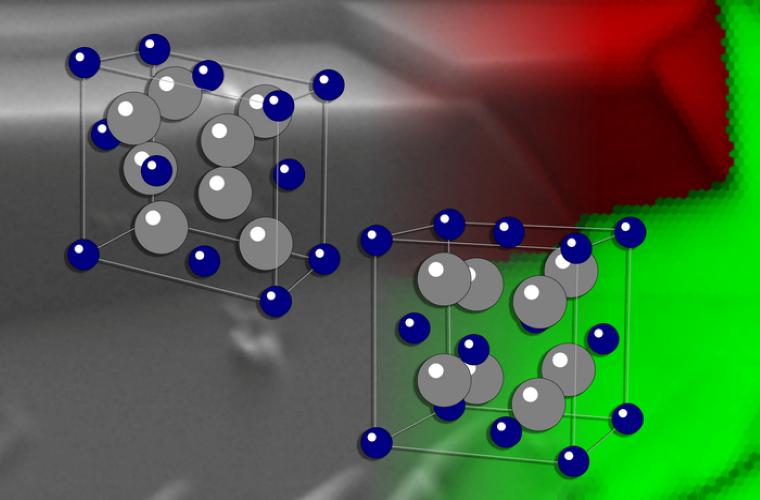 MIT researchers supported by the Army Research Office have developed an entirely new kind of memory material. And unlike other memory materials, which are made almost exclusively out of metal, this revolutionary new material is made from ceramic, offering numerous advantages over metals.

Memory metals are a type of engineered materials that can change their shape without any moving parts. Most accomplish this feat when subjected to heat, stress, a magnetic field, or an electric charge, allowing the material to temporarily change its shape before returning to its original form.

Memory metals are a godsend for engineers and scientists whose designs require moving parts, often on a very small scale, that can take advantage of this unique property. Unfortunately, memory metals have their limitations, especially in heat tolerance and material durability.

Now, an Army Research Office-supported MIT team says they have created a ceramic-based memory material that goes a long way toward solving, or at least mitigating, the shortcomings of memory metals while also taking advantage of the benefits offered by ceramics.

“Shape-memory metals, which can revert from one shape to a different one simply by being warmed or otherwise triggered, have been useful in a variety of applications as actuators that can control the movement of various devices,” explains the press release announcing the breakthrough material.

“They are interesting materials because they’re sort of like a solid-state piston,” says one of the engineers behind the new material, MIT professor Chris Schuh.

However, he notes, things like pistons combine a number of moving parts to make an actuator that pushes against something, whereas shape-memory components are made of a solid-state material that can accomplish the same task with no moving components.

“It doesn’t need a system,” Schuh said of currently used memory material. “It doesn’t need many parts. It’s just a material, and it changes its shape spontaneously. It can do work. So, it’s interesting as a ‘smart material.’”

Unfortunately, there are limitations. For instance, memory metals often suffer fatigue from repeatedly changing shape, resulting in the need to replace the actuator or other parts made from the material. This is especially prevalent in high-temperature environments like the inside of a jet engine, where memory metal actuators are sometimes employed.

Hoping to mitigate this issue, the MIT research team behind the new ‘smart material’ turned to a base material well known and used for its ability to tolerate extremely high-temperature environments: ceramics.

“The shape-memory materials that are out there in the world, they’re all metal,” says Schuh. “When you change a material’s shape down at the atomic level (by changing its shape), there’s a whole lot of damage that can be created. Atoms have to reshuffle and change their structure. And as atoms are moving and reshuffling, it’s sort of easy to get them in the wrong spots and create defects and damage the material, which leads them to fatigue and eventually fall apart.”

This is a significant limitation, especially when these types of materials warp or lose their ability to reform under extreme temperatures.

“You end up with materials that can deform a few times,” Schuh explains, “but then eventually they degrade, and they can fall apart.”

Still, most currently available memory material is made of metal, notes Schuh, “because metals are so ductile, they’re a little more damage resistant, and so the field has really focused on metals because when a metal is damaged on the inside, it can tolerate it.”

Ceramics, on the other hand, are extremely brittle, losing their shape and integrity under stress. In material science, this is known as ‘high hysteresis.’

However, the MIT team explains, their ability to tolerate temperatures up into the thousands of degrees (most metals can’t survive past a few hundred degrees) makes them perfectly suited for high-temperature environments. So, the researchers decided to try to make a memory material that incorporates the favorable malleability (low hysteresis) of memory metal and the high-temperature tolerance of ceramics all in one.

“What we wanted to do with this work was design a new ceramic and specifically target that hysteresis,” Schuh explains. “We wanted to design a ceramic where the [shape] transformation is somehow still gigantic: We want to do a lot of work. But internally, at the atomic scale, it’s more gentle.”

This highly complex engineering task was led by doctoral student Edward Pang, one of the three authors of the paper, along with Schuh and Professor Gregory Olson. And according to Schuh, this effort was anything but simple.

“(Pang) took all of the modern tools of science, everything you can name — computational thermodynamics, phase transformation physics, crystallographic calculations, machine learning — and he put all these tools together in a totally new way,” the professor explains.

The result? A memory material based on a ceramic material already well known as a substitute for diamond jewelry.

“Basically, it’s zirconia,” Schuh says. “It looks and smells and tastes just like zirconia that people already know and use, including like cubic zirconia in jewelry.”

However, unlike common zirconia, Pang augmented their new ‘memory zirconia’ with elements taken from a range of different materials, resulting in a massive increase in its malleability and an equally dramatic reduction in the material’s hysteresis. In fact, the new material is so malleable at the atomic scale, with an ability to deform up to 10 percent of its total size, that it matches most memory metals.

“That was a huge, huge change,” says Schuh.

In their published work, which appears in the journal Nature, Schuh notes that memory ceramics have been tried before, but most are just a “laboratory curiosity” since they fall apart after just a few uses. His team’s new zirconia, on the other hand, is proving to be particularly resilient.

“This is a step in the direction of making something that can reproducibly and reliably operate many, many times in service,” he says.

According to Pang, one useful application for this type of memory ceramic material would be as a relief valve inside a jet engine, where temperatures are often too high for conventional memory metals to survive, and replacing memory metal components every time they fail is prohibitive. Ceramics, on the other hand, can withstand these temperatures easily, removing the need to constantly replace the part.

Moving forward, the team is designing larger batches of the memory ceramic in even more complex shapes, hopefully landing on more real-world applications while retaining the material’s ability to withstand high temperatures and numerous cycles of transformation.

“There are things we do with complex mechanical systems that have lots of parts and assemblies,” says Schuh, “and the idea that you can replace a complicated package of things with a single material that has the functionality built in at the atomic scale — to me, that’s attractive because it makes large, complicated things into small, simple things. In some ways, it’s like replacing vacuum tubes with transistors.”

One example offered by Schuh is something found in every gas-powered vehicle in the world today.

“It’s very hard to scale down a hydraulic piston,” he explains, “It’s hard to make that on the micro-scale.” But he says, with their new memory ceramic, “the idea that you have a solid-state version of that at very small scales — I’ve always felt there are a lot of applications for microscale motions.”

Schuh also pointed to other potential applications for his memory ceramic.

“Microrobots in small places, lab-on-a-chip valves, lots of small things that need actuation could benefit from smart materials like this.”