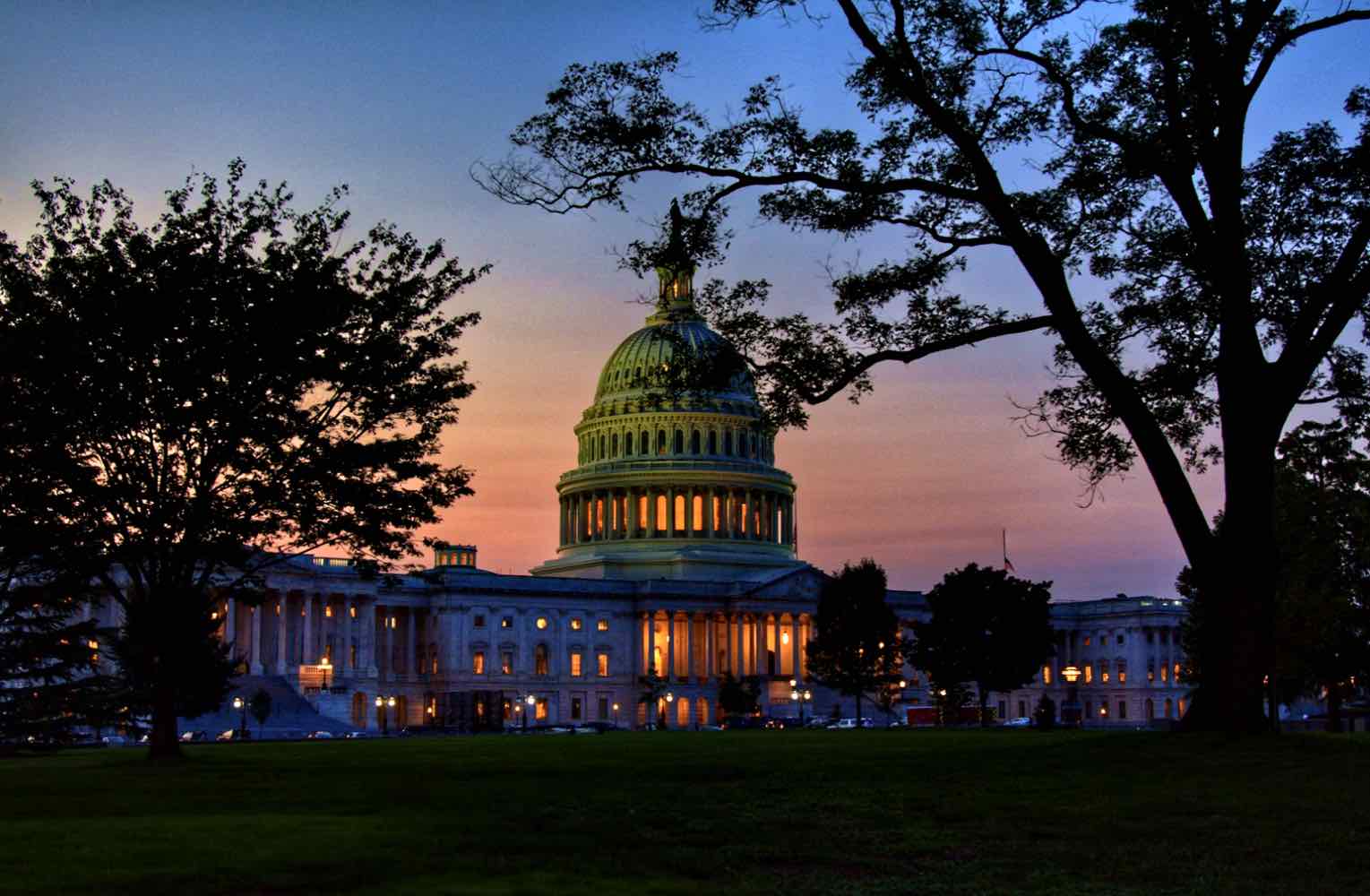 This week, Americans learned that a subcommittee of the House Intelligence Committee will be holding a public hearing set to feature testimony from Pentagon officials on one of the most puzzling and controversial issues of our time: unidentified aerial phenomena (UAP).

Scheduled for Tuesday, May 17, at 10 AM ET, the hearing “is intended to focus on the work of a group within the Pentagon that is following up on the national security and flight-safety questions”, wrote co-authors Ralph Blumenthal and Leslie Kean, who first reported on the development in the New York Times,

Lauren French, a spokesperson with the office of Rep. Adam Schiff (D-CA), told The Debrief this week that the hearings, to be held by the Subcommittee on Counterterrorism, Counterintelligence, and Counterproliferation of the House Permanent Select Committee on Intelligence, “will focus on the Pentagon’s Airborne Object Identification and Management Synchronization Group.”

“Following this hearing, the subcommittee, chaired by Rep. Andre Carson, will hold a closed, classified hearing on the same topic,” French told The Debrief in an email.

Rep. Schiff, quoted in a statement provided by his office to The Debrief, said that there is “still much to learn about unidentified aerial phenomena and the potential risks they may pose to our national security.”

Schiff also said “the American people deserve full transparency, and the federal government and Intelligence Community have a critical role to play in contextualizing and analyzing reports of UAPs,” noting that the reason for Tuesday’s hearing “is to give the public an opportunity to hear directly from subject matter experts and leaders in the Intelligence Community on one of the greatest mysteries of our time, and to break the cycle of excessive secrecy and speculation with truth and transparency.”

“The American people expect and deserve their leaders in government and intelligence to seriously evaluate and respond to any potential national security risks – especially those we do not fully understand,” said Rep. Andre Carson in a statement provided to The Debrief and several other media outlets in advance of the forthcoming hearings.

“Since coming to Congress, I’ve been focused on the issue of unidentified aerial phenomena as both a national security threat and an interest of great importance to the American public. And I’m pleased to chair the first open Intelligence Committee hearing on these events.”

Although Tuesday’s hearings will indeed represent the first open Intelligence Committee hearing on these events, this isn’t the first time that the question of unidentified aerial objects in American skies has drawn attention from members of Congress.

A quote that appeared in a memo dated March 25, 1966, issued from the office of then-House Minority Leader Gerald R. Ford, (R-MI), responded to a “rash of reported sightings of unidentified flying objects” that were reportedly occurring in Michigan and other states around that time.

“In light of these new sightings and incidents, it would be a very wholesome thing for a committee of the Congress to conduct a number of hearings and to call responsible witnesses from the executive branch (of the government) and witnesses who say they have sighted these objects.”

It marked the first time that a member of the House had seriously taken the subject of unidentified flying objects by the reigns and called for Congressional action on the issue. According to the memo, Ford believed “a congressional inquiry would be worthwhile because the American people are becoming alarmed by the UFO stories.”

Despite Ford’s convictions on the matter, the issue didn’t manage to gain enough foothold to foment interest in open Congressional hearings at that time, although it prompted then-Secretary of the Air Force Harold Brown to tell the House Armed Services Committee that there was “no evidence that the earth ever had been visited by strangers from outer space.”

Apparently, much has changed since that time according to Chris Mellon, who served as the Deputy Assistant Secretary of Defense for Intelligence under presidents Clinton and George W. Bush.

“Fifty years ago, Congressional UAP issue hearings were inconsequential and the Executive Branch vehemently denied any national security interest or concern,” Mellon told The Debrief in an email.

“The situation could hardly be more different today as Congress and the Executive Branch now both acknowledge the UAP issue is a legitimate and important national security matter,” he says. Mellon, who also served for a time as the Minority Staff Director for the Senate Intelligence Committee, has become notable in recent years for being outspoken on the government’s UAP investigations, in addition to having appeared on History’s Unidentified: Inside America’s UFO Investigation.

However, with the House Committee hearings looming, questions remain about the scope of the DOD’s newest UAP investigative element, as well as how direction the Pentagon receives from Congress will shape it in the years ahead.

Last November, the Pentagon quietly issued an official release detailing its plans for a new group within the DOD, the Airborn Object Identification and Management Synchronization Group (AOIMSG), as the successor to the Navy’s Unidentified Aerial Phenomena Task Force (UAPTF). According to information provided to The Debrief by Congressional aides and spokespeople, the new AOIMSG will also be central to next week’s hearings.

“Accordingly, I direct the Undersecretary of Defense for Intelligence and Security (USD(I&S)) to establish the Airborne Object Identification and Management Synchronization Group (AOIMSG),” Hicks wrote, detailing the group’s mission to synchronize efforts “to detect, identify and attribute objects of interest in SUA, and to assess, and as appropriate, mitigate any associated threats to national security.”

Weeks prior to the DOD’s announcement about its new AOIMSG, a proposed amendment to the Senate’s version of the NDAA, introduced by U.S. Senator Kirsten Gillibrand of New York, already outlined the establishment of what was then tentatively to be called the Anomaly Surveillance and Resolution Office (ASRO). The DOD’s seemingly preemptive announcement, issued while many members of Congress were leaving Washington for the holiday, led many to question the level of coordination between the Pentagon and lawmakers on the government’s handling of the UAP issue.

Others expressed concerns about whether the DOD’s actions had been meant to supersede efforts by lawmakers to institute a more comprehensive UAP investigative effort.

“While we appreciate DoD’s attention to the issue, the AOIMSG doesn’t go nearly far enough to help us better understand the data we are gathering on UAPs,” Lizzie Landau, Press Secretary at the Office of Senator Gillibrand, told The Debrief last November.

Questions soon gave rise to confusion once the Senate’s version of the NDAA passed, containing a modified version of Gillibrand’s original amendment. The bill was thereafter signed into law by President Biden on December 27, 2021, seemingly indicating the possibility that two separate UAP investigative elements within the DOD might soon exist.

In the ensuing months, references to both the ASRO (as it was originally titled in Gillibrand’s amendment, although no specific name for the UAP office appeared in the version signed into law) and to the DOD’s AOIMSG have repeatedly appeared since the legislation passed. Politico Senior National Correspondent Bryan Bender recently noted that based on the language in the NDAA, the ASRO “is supposed to be fully operational by June,” while also acknowledging “Congress’s direction” in the DOD’s efforts with the AOIMSG.

To clarify the matter, The Debrief reached out to the DOD regarding the AOIMSG, asking what role it would play in relation to the Congressional direction outlined in the FY 2022 NDAA, and whether the possibility existed that there could indeed be more than one UAP investigative effort within the DOD.

“There will be only one office, the AOIMSG, with oversight from the AOIMEXEC,” Pentagon Spokesperson Susan Gough told The Debrief in an email. “We are currently coordinating implementing guidance for the AOIMSG across the department and with interagency partners to ensure that the AOIMSG meets congressional intent,” she added.

Gough also emphasized that Sec. 1683 of the final enacted FY 2022 NDAA “did not include a name for the office,” seemingly resolving questions about the possible division between what lawmakers called for in the NDAA, and the mission objectives of the DOD’s existing UAP investigative group.

The Debrief has also recently learned that in March, two positions for the AOIMSG were included on a list of vacancies for the Intelligence Community Civilian Joint Duty Program as Joint Duty Rotational Assignments, outlining several duties that provide further insight into how the DOD’s UAP investigations group will operate.

Both of the positions, for which the vacancy closed on April 15, 2022, required a TOP SECRET//SCI (Top Secret / Sensitive Compartmented Information) security clearance, denoting Special Sensitive work which may involve additional elevated risks and recognition of the potential for harm to national security.

Additionally, Duty Descriptions for each of the AOIMSG assignments provided a list of collection requirements in coordination “key members of the Department of Defense (DoD), the Defense Intelligence Enterprise (DIE) and the Intelligence Community (IC)”. Among the agencies listed as cooperative with the efforts of the AOIMSG are the Defense Intelligence Agency (DIA), the National Geospatial Intelligence Agency (NGA), the National Security Agency (NSA), the Office of the Director of National Intelligence (ODNI), “and other U.S. Government (USG) departments and agencies, as necessary, and ensures coordination across these agencies with regard to Unidentified Aerial Phenomena (UAP) intelligence collection”.

Last June, a widely anticipated UAP report issued by the Office of the Director of National Intelligence (ODNI) provided a similar listing of agencies, underscoring the broad scope of data potentially related to unidentified aerial objects collected across the intelligence community.

As the successor to the Navy’s UAP Task Force, in the months ahead the AOIMSG is poised to continue its UAP efforts in coordination with members of the intelligence community, as the DOD, per its own statement from last November, will be “implementing guidance, which will contain further details on the AOIMSG Director, organizational structure, authorities, and resourcing.”

In advance of next week’s House Panel hearings, there has already been much anticipation over the potential for new information about the current efforts of the DOD’s AOIMSG coming to light, with many voicing speculations on social media and other online mediums. In recent weeks, the American Congressional hearings had also been preceded by news of similar efforts by the Brazilian Senate, a development first reported by The Debrief.

For those like Chris Mellon who have long worked to increase the level of government attention the UAP issue recieves, the significance of Tuesday’s Congressional hearings comes down to just one primary issue.

“The key question now,” Mellon says, “is ‘What needs to be done to identify these craft and determine their capabilities and intent?’”