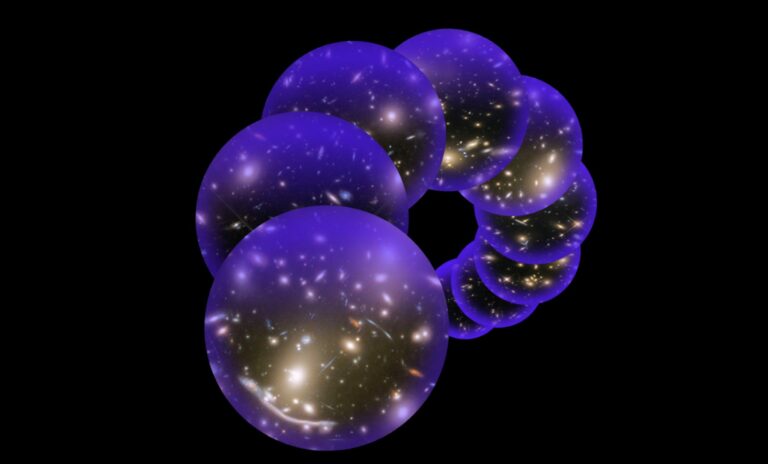 Beliefs Versus Evidence: Science, Supersymmetry, and Beyond

Supersymmetry is a theoretical model that links bosons – particles with an integer-valued spin that follow Bose–Einstein statistics, and fermions – particles with a half-integer-valued spin that follows Fermi–Dirac statistics. In this theory, each particle from one class has an associated partner in the other, known as its superpartner, the spin of which differs by a half-integer.

Supersymmetry was foundational to the development of string theory as a unification scheme for quantum mechanics and gravity. Moreover, the lightest supersymmetric particle was hypothesized to constitute the dark matter that fills the Universe, because it was expected to be stable and have weak interactions with known matter and radiation. CERN’s Large Hadron Collider (LHC) searched for supersymmetry at its natural parameter space and did not find anything. It ruled out the favored parameter space. As a result, some theoretical physicists have abandoned the assumption of naturalness, while others have moved on to explore other supersymmetric models.

A theoretical physicist who had been working for decades on supersymmetry told me this week that he became fascinated by the psychological underpinning of communities of believers in politics, such as QAnon. He realized that these exclusive groups of believers subscribe to a far-fetched notion under the premise that they are privileged to know it while outsiders will only recognize its truthfulness in the future. When evidence contradicts their belief, some attempt to leave the congregation and often do not find a safe haven outside their tainted community. And so, they often return back to their original community where they are welcome and promote variants of their original beliefs that circumvent the contradicting evidence.

As he was speaking, a thought came to my mind – which I did not ask out of politeness: “Have you ever applied these insights to your community of theoretical physicists?”

There are many examples of this group dynamics that extend beyond supersymmetry or politics. For years, members of the Jewish Orthodox Chabad movement called Lubavitch believed that the Lubavitcher Rebbe, Rabbi Menachem Mendel Schneerson, is the Messiah. While he was alive, these messianists constructed a home for him in Israel which is an identical replica of the brownstone he occupied in Brooklyn, so that he will feel comfortable when the time comes for the Messiah to return to Jerusalem. He was laid to rest in 1994 without leaving a successor, and the fact that he had not returned since then was interpreted as if we just have to wait until he will soon returns to complete the redemption in his capacity as the Messiah. This is reminiscent of the notion that the lightest supersymmetric particle may very well be the dark matter if we only build accelerators that reach higher energies.

The best prospects for maintaining a long-term belief system about reality is to focus on intellectual gymnastics and avoid contact with experimental data altogether.  For theoretical physicists, this constitutes a monologue rather than a dialogue with nature, inspired and justified by the success of Albert Einstein in formulating the General Theory of Relativity to describe gravity as the curvature of spacetime, before it was verified experimentally.

Indeed, Albert Einstein figured out the structure of spacetime mostly out of pure thought. And his insights gained traction after being confirmed experimentally, first within years through the precession of the orbit of Mercury and the deflection of light by the Sun, then within fifty years through the studies of cosmology and black holes, and ultimately within a century through the detection of gravitational waves.

However, quantum mechanics was developed by surprises from experimental data, and a century later – we still lack a fundamental understanding of what quantum entanglement means.

Therefore, in our attempt to unify quantum mechanics with Einstein’s gravity – we better be guided by experimental data as well. The recent message from the LHC is that we need new ideas.  Where can the experimental guidance come from?

Data on quantum gravity effects would arise most naturally from regions in spacetime where it matters, namely gravitational singularities – where Einstein’s equations break down as they predict infinite curvature instead of the finite values capped by the Planck scale of quantum mechanics. We know of two such singularities: black holes and the Big Bang.

Any experimental attempt to probe black hole singularities is doomed to a catastrophic ending since the experimentalists and their set-up will be ripped apart by the diverging tidal force near the destination, and no information could be transmitted to scientists outside the event horizon that surrounds the experiment.

The Big Bang offers better prospects because its aftermath is visible to observers in good health.  A new paper that I wrote with Professor Sunny Vagnozzi from the University of Trento, suggests if we detect the gravitational wave background from the Planck time of the very early universe, we could constrain theories of quantum gravity.

Some cosmologists suggested that quantum gravity predicts a cyclic universe where the current cosmic expansion followed a contracting phase with a bounce. Surely any such theory would predict an unusual behavior of black holes which can be tested empirically. In collaboration with Professor Mark Hertzberg from Tufts University, we are currently exploring these consequences.

Of course, the last resort would be to ask extraterrestrial scientists for their insights on quantum gravity, in case they studied physics for millions or billions of years. This may feel like looking over the shoulder of a smarter classmate for the answer to a difficult question. But knowing the answer will improve our intellectual standing in the class of advanced Galactic civilizations.

One way or another, we must avoid the intoxicating tendency to get entrenched in ideas that cannot be falsified, and instead seek new ideas guided by evidence-based knowledge. This applies to scientific work as much as it applies to politics or philosophy.

Educators tell children that prejudice leads to ignorance and humility ushers in evidence-based knowledge. Here’s hoping that “the adults in the room” will attend to this advice as well.