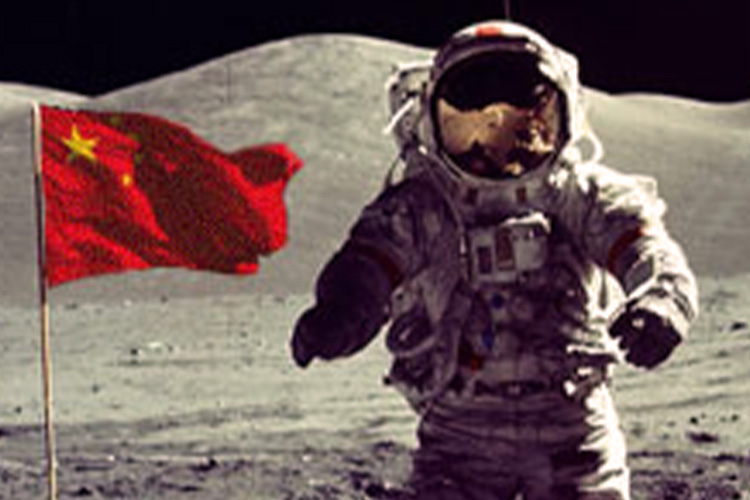 ‘Keep Out, We’re Here’: The Moon Could Become a Chinese Territory Warns Head of NASA

The competition between the United States and China to return to the moon is intensifying, with the head of NASA warning that should Beijing get there first, the communist People’s Republic could claim the resource-rich lunar surface as its own sovereign territory.

“It is a fact: we’re in a space race,” said NASA Administrator Bill Nelson in an interview with Politico’s Bryan Bender.” And it is true that we better watch out that they don’t get to a place on the moon under the guise of scientific research. And it is not beyond the realm of possibility that they say, ‘Keep out, we’re here, this is our territory.'”

“If you doubt that, look at what they did with the Spratly Islands.”

Experts say it is unrealistic to think that China or any other nation could actually seize control of the moon. Instead, the real prize in this contemporary space race is securing some of the limited regions with the necessary resources to establish long-term permanent moon facilities.

Two weeks ago, Congress approved $25.384 billion in funding to NASA for 2023. And while the final amount was nearly $600k less than the $25.973 billion requested initially, the space agency received key funding for the subsequent two phases of NASA’s Artemis program.

NASA aims to conduct its Artemis II mission and the first crewed test of Orion in 2024. If all goes well, the following year, Artemis III will put humans back on the moon for the first time in over half a century.

As a joint venture between NASA, the European Space Agency, Japan Aerospace Exploration Agency, and the Canadian Space Agency, the Artemis program’s eventual long-term goal is to establish a permanent settlement on the moon. NASA envisions the Artemis lunar base as not only a long-term site for scientific study but also as a midway point to facilitate future human missions to Mars.

Meanwhile, China also has its sights set on space and establishing a presence on the moon.

In the last 15 years, China has sent several landers and rovers to the moon, including becoming the first nation to successfully land and collect lunar samples from the moon’s far side.

Beijing has also been open about its ambitions to establish its own permanent settlement on the moon. During “Space Day” in 2019, the director of China’s National Space Administration, Zhang Kejian, said the goal was to build a scientific research facility on the moon’s south pole by 2030.

It remains to be seen whether China will be able to achieve this goal. However, while recently speaking in Australia, the Director of Staff of the U.S. Space Force, Lieutenant General Nina M. Armagno, described Beijing’s progress in space exploration as “stunningly fast.”

An August report by officials from Space Force, the Defense Innovation Unit, Air Force, and Air Force Research Laboratory predicted that unless the U.S. established a clear and cohesive long-term vision and grand strategy for space exploration, China would surpass American space capabilities by 2045.

This isn’t the first time that NASA’s chief has issued warnings of China potentially taking over the moon.

“We must be very concerned that China is landing on the Moon and saying: ‘It’s ours now, and you stay out, ‘” said Nelson in a July interview with the German newspaper Bild. In response, Beijing denounced Nelson’s comments, calling his warnings of a Chinese moon takeover a “lie.”

“This is not the first time for the chief of NASA to lie through his teeth and smear China,” said China’s Ministry of Foreign Affairs spokesman Zhao Lijian.

“Some U.S. officials have spoken irresponsibly to misrepresent the normal and legitimate space endeavors of China,” Liu Pengyu, spokesperson for the Chinese Embassy in Washington, told Politico. “China firmly rejects such remarks.”

“Outer space is not a wrestling ground,” added Pengyu. “The exploration and peaceful uses of outer space is humanity’s common endeavor and should benefit all. China always advocates the peaceful use of outer space, opposes the weaponization of and arms race in outer space, and works actively toward building a community with a shared future for mankind in the space domain.”

According to the 1967 Outer Space Treaty, signed by 134 countries, including China and the United States, “Outer space, including the moon and other celestial bodies, is not subject to national appropriation by claim of sovereignty, by means of use or occupation, or by any other means.”

There is some legal debate as to what “appropriation” constitutes. However, by majority opinion, claiming any portion of the moon as a national territory would violate international space law.

Additionally, experts say the technological challenges and financial resources needed to secure tracts of the lunar surface are too substantial for any nation, much less China, to take over the moon.

Instead, Nelson’s concerns relate to China winning the space race to secure some of the moon’s limited resource-rich landing sites. Notably, areas around the moon’s south pole, which contain two vital resources for the long-term sustainability and survivability of a lunar outpost: sunlight and water.

“The lunar south polar region is the target for the Artemis campaign. Because of the moon’s small axial tilt, solar illumination conditions are very consistent near the poles,” Dr. Daniel Moriarty, a NASA research scientist working on the Artemis program, told The Debrief.

“In certain areas, usually high ground, the sun traces a path through the lunar sky low along the horizon, rather than rising and falling daily as it would closer to the equator.”

Consistent sunlight would mean that massive solar panels could be used to provide power and energy to permanent lunar facilities.

Because the moon does not have an atmosphere, there is little redistribution of heat, causing areas illuminated by the sun to reach a sweltering 250 degrees Fahrenheit. The extreme temperatures of these regions make the presence of localized water impossible.

However, the moon’s southern pole is pot marked with deep craters, which cast permanent shadows, creating freezing conditions and allowing for high concentrations of water ice.

According to Dr. Moriarty, the ideal location for any lunar base camp would be in an illuminated area close to deep craters where astronauts could harvest water or store other volatile chemicals.

NASA says it is still exploring potential locations for its lunar Artemis base camp.

In September, Chinese scientists said they were examining the Shackleton Crater, a large crater on the moon’s south pole, as a potential site for a permanent underground base.

“There are only so many places on the south pole of the moon that are adequate for what we think, at this point, for harvesting water and so forth,” said Nelson.