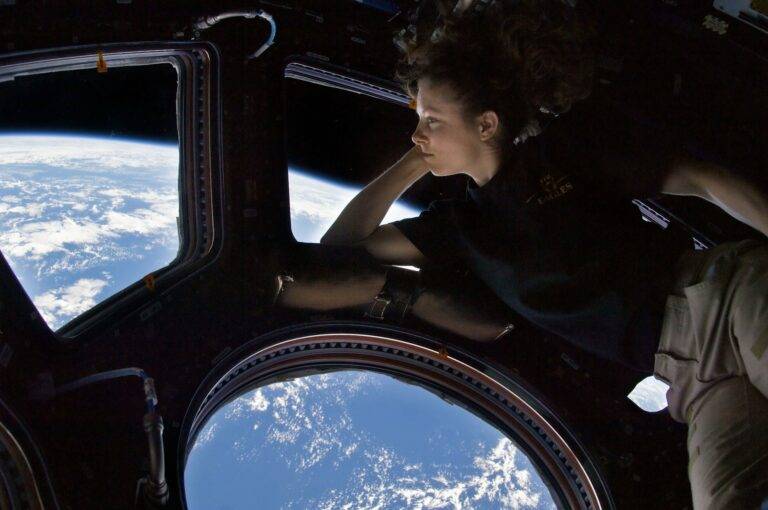 Can Humanity Build a Space Station on Ceres?

For all of the horrible things we could say about 2020, one bright spot was that it was a banner year for space travel. We saw one of the largest numbers of launches leaving our atmosphere ever. This has led to an increased level of excitement over the prospect of not just sending humans up into orbit and back to Earth but on far longer journeys, perhaps even establishing a permanent space station on Ceres. Boosting our confidence further is the fact that we seem to keep finding water in our solar system everywhere we look. There’s water on Mars, and Jupiter has an entire moon made of water. We’ve even found water on the Moon.

But can people live outside of Earth’s environment for an extended period, or even permanently? Some very clever people seem to believe we can. Elon Musk plans to send people to live on Mars, even though he admits the people he sends will most likely die there. NASA has already outlined their plan for the Artemis base camp on the Moon. But there’s an even stranger idea being floated these days. What about living on an asteroid or dwarf planet like Ceres? Or if not “on” it, at least orbiting around it.

The Man who WAnts to Build Ceres Station

Finnish astrophysicist Pekka Janhunen has published a paper claiming that humans could be living in giant orbs and towers orbiting the dwarf planet Ceres in the asteroid belt. And he believes we could do it in 15 years. Janhunen envisions a megacity composed of thousands of gigantic, rotating columns, each capable of housing 50,000 people. The rotation would provide artificial gravity, and giant mirrors would concentrate sunlight in areas where food would be grown. Adventurous workers would mine valuable minerals and water from the dwarf planet, lifting everything to the city on space cranes.

To call Janhunen’s proposal “ambitious” would be more than just an understatement. This plan sounds far more like science fiction than science fact. Having a colony ready for human habitation in the asteroid belt in fifteen years seems particularly dubious when you consider that the last probe we sent to Ceres took eight years to get there. Also, I’m not sure if the entire GDP of the planet Earth could pay for this.

But if for no other reason than an excuse to engage in a fun thought experiment, let’s take a look at some of the pros and cons of the idea of colonizing other moons and planets permanently. While such ideas have provided fodder for some of my favorite movies, the reality of such a venture may still be far beyond our grasp.

The long-term effects of space travel on the human body are far better understood today than they were at the dawn of the space age. NASA informs us that the detrimental effects caused by shifting gravity fields, isolation/confinement, hostile/closed environments, and space radiation can include heightened risks of cancer, bone, and muscle mass loss, along with mental and emotional disorders. Medical studies done on astronauts who have spent a year or more at the International Space Station revealed significant harmful effects.

Space travel is inherently dangerous. It’s something of a miracle that we haven’t had anyone killed outside of the Earth’s atmosphere yet. (Though there are plenty of people who insist that there are one or more dead Soviet cosmonauts on their way out of the solar system.) But now we’re pondering journeys where our intrepid astronauts won’t be able to finish their mission, return home, take off their spacesuits and grill some burgers in the back yard. Conditions found at the destinations we have in mind really aren’t much better than being shoved out of an airlock.

We think of these far-flung destinations as “alien worlds” for a reason. They’re alien to us. Yes, it’s still entirely possible that we will find life on Mars, but even if we do, it will be Martian life that evolved to exist in that environment. The Martian atmosphere is ridiculously thin compared to Earth’s, and there is no oxygen. If your spacesuit blew a gasket, your life expectancy would be measured in seconds. Our Moon is even worse. And living in a space station orbiting Ceres would offer no safe escape if disaster struck. The International Space Station has had several close calls with disaster, and they always keep an escape pod ready in case they have to bail out. Leaving the ISS “only” requires a descent back through our planet’s atmosphere and a safe landing (defined as any landing you can walk or swim away from).

FAILURE IS ALWAYS AN OPTION

Despite the inspiring words of Gene Kranz, the possibility of failure, even terminal failure, is always lurking over the shoulders of astronauts. Sending someone out into the void or to an alien world for years, if not a lifetime, increases the odds of such a disastrous end as time goes by.

When humans live in any environment outside of the one we evolved in, we rely entirely on our technology to keep us alive. Many of the risks we’ve discussed here can be mitigated with careful planning and flawless execution, but in the end, technology eventually breaks down. Suppose you are working in a factory in Ohio, and some disaster renders the interior of the building unsuitable for survival. In that case, you can at least try to run outside to breathe the fresh air and be warmed by the sunshine. There is no such respite available on Mars, on the Moon, or in a giant series of tubes circling Ceres. If and when your life support systems fail, that’s it. There won’t be a way to make it back home. It’s over.

I’m not here urging an end to human exploration, far from it. But the people we send on such missions are brave, experienced professionals who know the risks they face, including the possibility of never making it back home alive. The more we scale up such missions and the further we go from our blue dot hanging in space, the greater the odds that it’s all going to go pear-shaped someday. So if we do build Ceres station, we need to go into it with our eyes wide open.