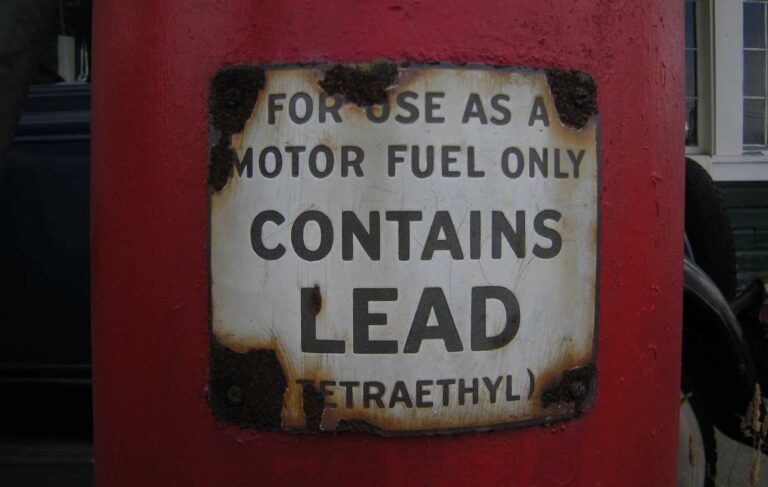 Childhood Lead Exposure Likely Lowered IQs in Half of Americans

From 1923 until its ban in 1996, vehicles in the US were fuelled by leaded gasoline, exposing many Americans to harmful levels during their childhood. But until very recently, the extent of this exposure was unknown.

According to a new study from Duke University, if you reached adulthood in 2015 then there’s a roughly 50 percent chance that you were affected. More than 170 million Americans are estimated to have lost 824,097,690 million total IQ points, with some older age groups showing a higher effect on average. Those born between 1966 and 1970, 20.8 million people lost an average of 5.7 IQ points from this exposure.

“Lead is able to reach the bloodstream once it’s inhaled as dust, or ingested, or consumed in water,” Aaron Reuben, the Ph.D. student and one of the authors of the study said. “In the bloodstream, it’s able to pass into the brain through the blood-brain barrier, which is quite good at keeping a lot of toxicants and pathogens out of the brain, but not all of them.”

By analyzing publicly available data from childhood blood-lead levels, leaded-gas use, and population statistics, Ruben and his co-authors could measure the loss of intelligence by calculating IQ points lost. While the neurotoxic effects of lead are well characterized, their lingering effects across 70 years of leaded gasoline usage were unknown.

Michael McFarland and Mathew Hauer, professors of sociology at Florida State University, were co-authors of the study which was published in Proceedings of the National Academy of Sciences on March 7th. “I frankly was shocked,” McFarland said. “And when I look at the numbers, I’m still shocked even though I’m prepared for it.”

Some children born in the 1960s had blood lead levels eight times the current minimum levels to initiate concern. While five IQ points may not sound like much, it can be the difference between being classified as having below-average cognitive ability versus having an intellectual disability. It also isn’t clear how early-life lead exposure affected the rest of a person’s life: their educational attainment, occupation, and incarceration status.

According to the current study, Black children were more likely and more often exposed to leaded gasoline. McFarland will focus his future work on the racial inequities imposed by leaded gasoline, according to a press release,

Meanwhile, Reuben will focus on identifying how early-life lead exposure may affect the aging process. “It’s not like you got into a car accident and had a rotator cuff tear that heals and then you’re fine,” Reuben explained. “It appears to be an insult carried in the body in different ways that we’re still trying to understand but that can have implications for life.” Previous research has also pointed to lead exposure as a potential accelerant of brain aging, though that study only sampled 564 children.

DARPA Will Use Marine Life to Spy on Enemy Subs

Most people are no longer exposed to lead regularly, but there is concern that other environmental toxins may also have deleterious effects on the brain.

Several studies have linked exposure to air pollution with cognitive performance as well as the incidence of Alzheimer’s disease and dementia. Other scientists are looking at the effects of per- and polyfluorinated alkyls (PFAs), so-called forever chemicals found in many plastics that do not readily break down in the environment. The majority of research into PFAs focuses on animal models, though at least one study has found evidence that exposure may associate with behavioral difficulties in children.

While these links aren’t causative, it suggests that fuels which generate particulate pollutants as byproducts, as well as substances in many of the plastics we take for granted, may also be harmful to our brain health. Careful consideration of the risks imposed by new technologies must become the norm, requiring proof of safety even if the technology makes something arduous very easy and convenient.