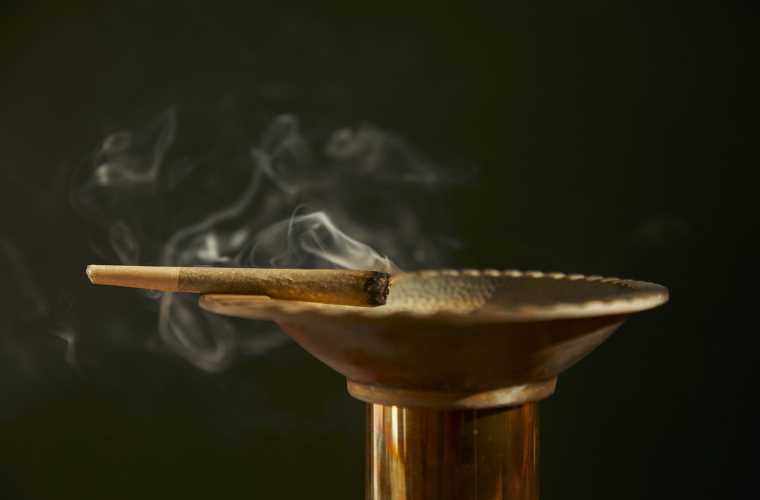 According to new research, secondhand cannabis smoke, especially from bongs, contains high levels of unhealthy carcinogens and particulate matter. Measured levels were more than twice the US Environmental Protection Agency (EPA) hazardous air quality threshold. And even one bong session a day would generate a greater daily mean than those found in a cigarette smoker’s home.

While the association between tobacco use and many diseases, including cancer, is heavily documented, evidence for an association between cannabis smoking and adverse health conditions is far from conclusive. For tobacco smokers, their risk extends to those around them in the form of secondhand smoke, which has become increasingly linked to poor health outcomes.

Now, University of California, Berkeley researchers are taking a closer look at bong usage, which is popular in social settings among younger users, to see if second-hand smoke from cannabis also carries a risk for nonsmokers.

To evaluate the effects of these chemicals in secondhand cannabis smoke, researchers measured the levels of particulate matter in a 20m square living room before, during, and after eight separate social bong smoking sessions. These measurements were taken with an aerosol monitor placed in a spot where a nonsmoker might sit. As expected, the levels after each session were far from safe.

These elevations peaked around 15 minutes after smoking began but persisted at dangerous levels for hours afterward. In the one session measured after smoking had stopped for 12 hours, PM2.5 levels remained ten times higher than background concentrations.

“The PM2.5 concentrations generated in a home during social cannabis bong smoking to which a nonsmoking resident might be exposed were greatly increased compared with background levels, and PM2.5 decayed only gradually after smoking ceased,” the study explains. “After 15 minutes of smoking, mean PM2.5 was more than twice the US Environmental Protection Agency (EPA) hazardous air quality threshold.”

The research also determined that one popular type of smoking session was particularly hazardous.

“Nonsmokers are exposed to even higher concentrations of SHCS materials during “hot-boxing,” the popular practice in which cannabis smokers produce high volumes of smoke in an enclosed environment.”

Based on these results, the study authors showed that a single home smoking session with no other exposures could theoretically generate an estimated mean daily concentration that “greatly exceeds the average in cigarette-smoking homes, nonsmoking homes, and the US EPA daily standard.”

In their conclusion, the study authors note that “contrary to popular beliefs, bong smoking is not safe,” Like secondhand tobacco smoke (SHTS), secondhand cannabis smoke presents dangers to nonsmokers within the smoking environment.

“Decades ago, many people thought SHTS presented no health risk to nonsmokers,” they write. “Scientific research since then changed this perception and led to smoke-free environments.”

“This study’s findings suggest SHCS in the home is not safe,” they add, “and that public perceptions of SHCS safety must be addressed.”