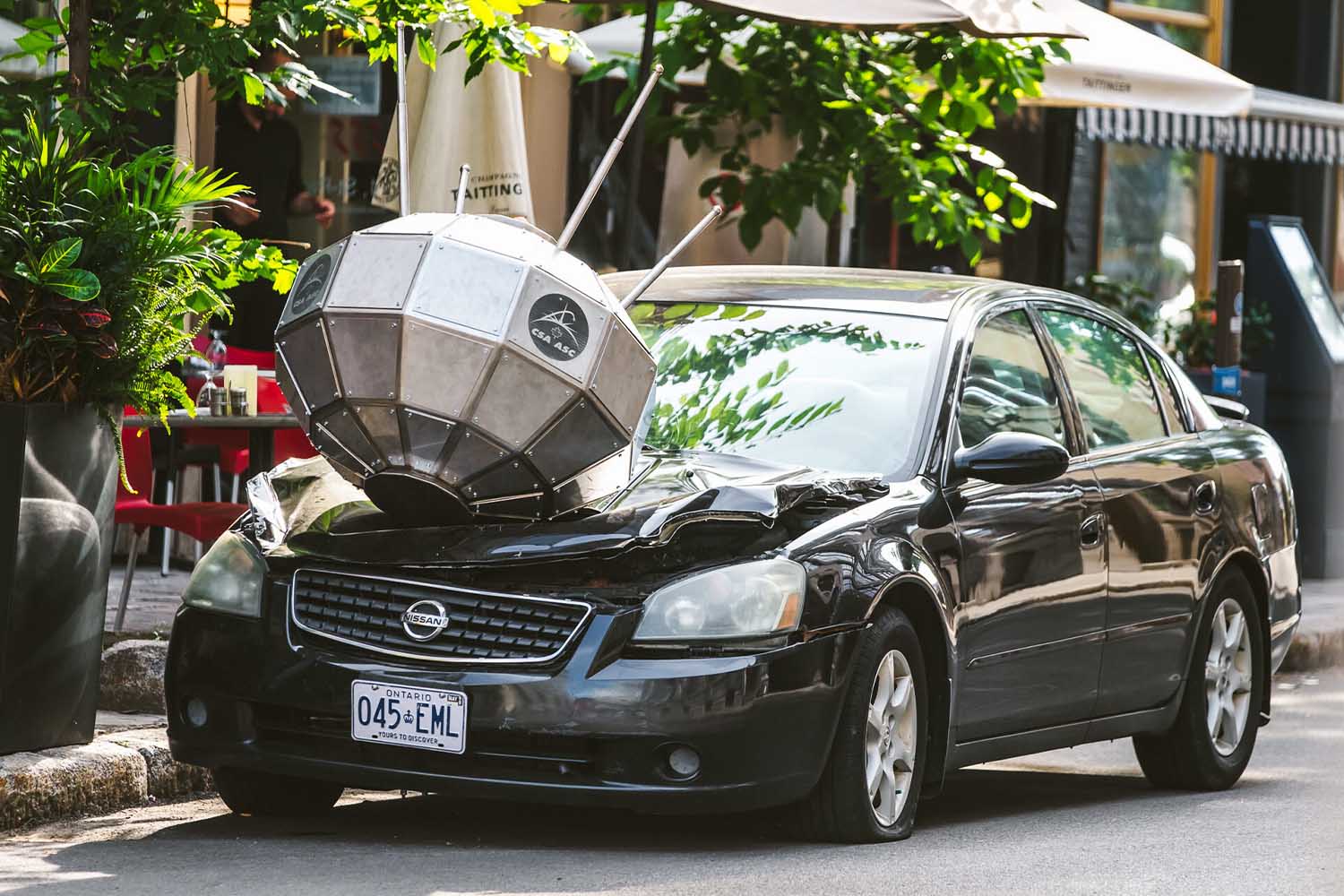 Over the past several years, there’s been a lot of discussion and posts on social media about pieces of crashed UFOs and “metamaterials” that imply alien technology has been produced or reproduced on Earth. Bits and pieces of things have been said to have been analyzed by top scientists at Harvard and other institutions, and the results prove their atomic ratios are different than terrestrial elements.

These claims are very much debated, but imagine if a spacecraft did fall from the sky and break apart. How would governments react, and what would analyses reveal?

Sadly, this scenario has played out several times and often through tragic events. The Challenger disaster in 1986 and the Columbia crash of 2003 are the most grievous of these; the effort to retrieve the shuttles’ scattered fragments lasted many months. Thousands of pieces were located in an attempt to piece together the puzzle to understand what had caused their destruction.

But there are dozens of other examples of spacecraft that have fallen to Earth and pieces found for analyses. Every day, at least one tracked space object re-enters Earth’s atmosphere. The good news is that most of these are very small and burn up before they reach the surface. Some larger ones may fragment and disintegrate so that only small pieces survive. Most larger spacecraft can be deorbited so that they fall into the ocean safely, away from populated areas.

For example, on May 11, 2020, China’s Long March 5B booster made an uncontrolled re-entry, making it the fourth-largest such incident since Skylab, Salyut 7, and Columbia. Reports noted it flew directly over New York City before plummeting into the Atlantic Ocean. However, in 1978, the Russian spy satellite, Cosmos 954, fell onto Canada, and it carried a nuclear reactor.

While generally sparsely-inhabited, the Northwest Territories has many small villages and a few larger population centers. So, when a radioactive Russian spy satellite came down, it was a serious concern.

The Americans had advised Canada and other countries on January 19, 1978, that Cosmos 954 might fall onto their territories. It was tracked by NORAD and other facilities so that when it did make landfall, a US gamma radiation team flew into Edmonton, Alberta, shortly after the first impact. By the next day, high-level air sampling was done by American U2 and KC135 aircraft.

Eventually, more than three thousand separate pieces of the Russian spy satellite were found and recovered, including more than a thousand in and around the community of Fort Smith that had a population of about 2,500 residents. The “antlers” was composed of six rods about three feet long attached to a plate, the whole thing weighing about 40 lbs. It was part of a reactor control assembly, the rods being for regulating the reactor itself. It tested radioactive at about 15 R/hr. The “stovepipe” was about a foot and a half in length and was not radioactive.

The most radioactive pieces recovered were steel plates that tested at a very concerning 200 R/hr (or about 2 sieverts in modern units). Tiny radioactive particles as small as three-thousandths of an inch in diameter were also recovered.

The biggest concern, however, was a danger to the health of people living in the region. A full assessment was done on the human population, and it was found that radiation levels were isolated and low-risk. Nevertheless, a major recovery operation was undertaken to locate and retrieve as much of the Soviet satellite as possible. It was estimated that only about 10 to 20 percent of the satellite fell to Earth intact. The rest burned up in the atmosphere.

The cleanup operation cost an estimated $14 million in 1978 dollars. A side benefit was that a great deal was learned about Soviet space technology. There was also some worry about environmental effects, especially the watersheds and the nesting sites of whooping cranes in the region since the birds were an endangered population.

The fall of the Russian spy satellite Cosmos 954 became a test case for what to do in the event of an uncontrolled satellite re-entry, especially one with a nuclear reactor on board. We were lucky. If it had fallen over a more populated area and most of its atomic components had not burned up in the atmosphere, the danger could have been much worse.

In early 1983, another nuclear Russian spy satellite, Cosmos 1402, suffered a catastrophic failure and fell to Earth, dispersing radioactive material into the atmosphere. Later, in July of 2008, the 80’s built Russian Cosmos 1818 began to leak radioactive coolant. Over thirty objects, most of which are believed to be microbeads of solid radioactive sodium-potassium metal, fell off Cosmos 1818 and are still in high-Earth orbit to this day. It is expected to enter Earth’s atmosphere in 2045.

There are more satellites of the same class and design still up there. Some will no doubt fall back to Earth at one point.

Some of the more significant re-entries:

**- Challenger did not make it to orbit, hence it was not a re-entry

Cover image shows a replica of Canada’s Canada’s first satellite, Alouette, created by artist Brandon Vickerd, and depicted crashed into a sedan for a display in old town Quebec City. To see more of Brandon’s artwork visit his website: www.brandonvickerd.com