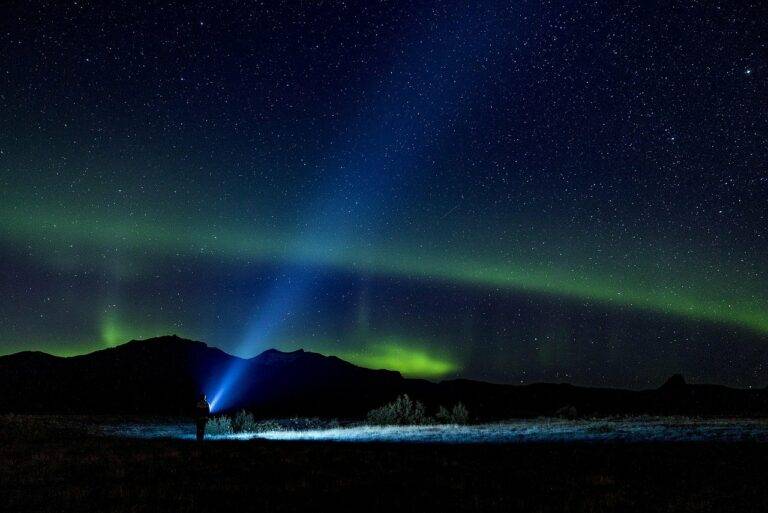 The search for extraterrestrial intelligence has been a slow and steady race for many, many years. The SETI Institute has been scanning the cosmos for radio signals and monitoring electromagnetic radiation for signs of otherworldly transmissions for decades. Since the demise of the Arecibo Observatory, China now operates the world’s largest and most powerful single-dish radio telescope. Zhang Tongjie, a professor of cosmology at the Beijing Normal University, believes that China may be the first to find an alien transmission.

In 1993, Zhang enrolled and was accepted to the Shanghai Astronomical Observatory, pursuing a cosmology degree. His growing knowledge in physics would have him climbing the ranks of academia, landing several professorships throughout the years. But while his eyes were on the skies, his focus was on the origins and evolution of the universe, not necessarily on the potential life that could be out there. A visit to the United States in 2014 changed all of that.

While spending several days at the University of California at Berkeley, Zhang met with various SETI Research Center members. At the time, the Chinese Academy of Science wanted to work with American scientists to create a massive radio telescope in China, which would come to be known as FAST (Five-hundred-meter Aperture Spherical radio Telescope).

“While at UCB, I met with Dan Werthimer, and I saw that there were actual tools and programs being implemented in the search for extraterrestrial intelligence,” Zhang told The Debrief in an email. “It wasn’t just an idea. It was real.”

Dan Werthimer is the co-founder of the SETI@Home project and the SETI Research Center’s Chief Scientist, specializing in signal processing for radio astronomy. He, and UCB, had worked to develop SETI data collection instruments for several radio telescopes across the world, and this would include FAST. Werthimer walked Zhang through the entire process of the instruments, the programming, and SETI research goals, and he was hooked. “That’s when I decided that I wanted to pursue the search for extraterrestrial intelligence,” Zhang recalled.

Werthimer distinctly remembers working with Zhang and could see his newfound passion and the potential to bring that passion back to China with the developing FAST telescope. In an email, Werthimer told The Debrief, “Zhang decided to re-invent himself, switching fields to SETI, and since then, he has put a lot of energy and time into learning a whole new field.”

The SETI Research Center continues to work with Chinese students to make the most of their time with the FAST telescope.

“We’ve been collaborating with our Chinese colleagues to conduct a three-year all-sky SETI survey, which we are just beginning,” Werthimer explained. “We’re also working on some targeted observations at FAST. I’ve had several students from China come and work in my SETI group, first to help build the FAST SETI instrument, and more recently to learn how to analyze the data.”

FAST completed construction in 2016 and is located in the province of Guizhou, Pingtang. It now stands as the largest radio telescope in the world, surpassing the recently collapsed Arecibo Observatory radio telescope this past year. With the completion of FAST, its operation and development center is planning on opening its doors to foreign scientists to use the telescope for their own research. Before Zhang, no Chinese astronomer had ever attempted SETI research because of the stigma behind searching for “aliens,” so even though Zhang was given time to use the telescope for SETI research, it’s a strict time limit of 17.5 hours.

In China, Zhang was tirelessly lobbying Chinese authorities to access FAST for his own research. Only recently was he granted the ability to use the telescope through the National Astronomical Observatories’ association.

Initially, Zhang and his students had to conduct their observations at FAST while the telescope observed other targets, not allowing him to choose the areas he wanted. But after collaborating with Werthimer and students from the SETI Research Center on a paper published in the Astrophysical Journal, Chinese officials eventually allowed Zhang a window of time with the telescope to shortlist specific solar systems that he and his collaborators believe can most likely harbor intelligent life. Over the next few months, the telescope will be trained on coordinates Zhang provided.

The SETI community has focussed heavily on scanning for unnatural radio signals. The harsh reality is that they’ve yet to find anything substantially out of the ordinary that would indicate alien technology. Zhang will use this same method in China, but he hopes that with the power of the FAST telescope, they may have a better chance.

“Our telescope is able to identify and observe many solar systems that others can not,” Zhang said. “And many of them have the ingredients for emerging life. If it is out there, we will probably be the first to find it.”

OUTLOOK: The Race is On

The clock is ticking, and Zhang’s precious time with FAST has yet to produce any notable signals. But he isn’t giving up. “I will continue to re-apply for more observational time with the telescope,” he told The Debrief.

Meanwhile, Werthimer continues his work back at the SETI Research Center, continuously reshaping the methods and theories on how to search for signals in space that could represent an extraterrestrial intelligence.

“It’s hard to predict what a signal from another civilization would look like. If you had asked me two hundred years ago, I would have said smoke signals,” Werthimer stated. “We’ve only had radio for a hundred years and lasers for about sixty in the four-billion-year history of life on our planet.”

As reported previously by The Debrief, technosignatures play a large role in furthering the science and approaches to search for extraterrestrial technology, not relying entirely on just radio signals. As the potential for artificial intelligence and machine learning continues to advance, the SETI Research Center has gathered some of the most brilliant minds across the world to bring their knowledge of these technologies into the search for extraterrestrials.

One of the most glaring challenges to Zhang’s work and its potential to discover a possible extraterrestrial message comes from the Chinese government. If FAST were to find a potential signal, how would the Chinese government react? Would they contain the information and not make it public to the global scientific community? Could China unilaterally act on the message and be the first and only contact with this potential civilization?

However, these concerns seem to grow more from paranoia over current political tensions between China and the United States. The working relationship between Zhang and Werthimer, and that FAST is available to the global astronomical community indicates that any discovery would probably be made public.

Zhang’s ambition may lead to China being the first to discover an extraterrestrial message, but the race is long. While the SETI Institute has been running in it longer, China may get to the finish line first. Regardless, we hope it will be a shared victory.