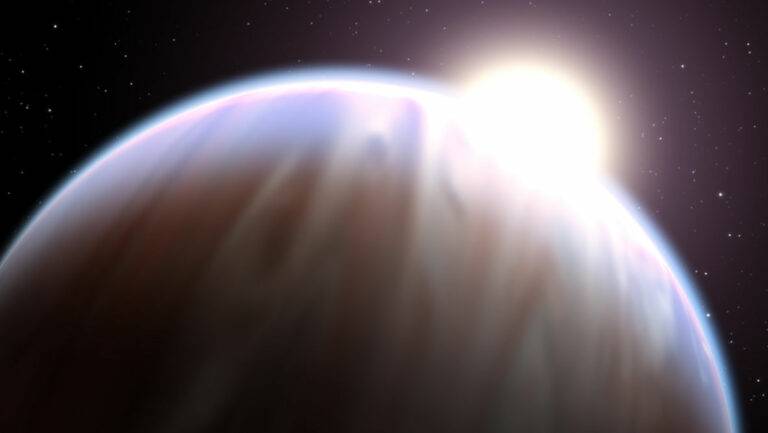 Methane May Be The Best Way to Find Extraterrestrial Life

In September of 2020, news broke that phosphine gas had been detected in the atmosphere of Venus. The detection was notable not only because it was found in amounts well beyond what would be generated by any known natural process on the infernally hot, acidic planet, but also because it lay within the narrow band of the atmosphere deemed by Carl Sagan and other astrobiologists as early as 1967 as a place suitable for sustaining certain forms of life.

BACKGROUND: Methane in the Atmosphere of Exoplanets

Controversy inevitably followed the 2020 announcement, and although the leading theory still posits “extremophiles” (life forms that thrive in extreme environmental conditions) as the most likely cause of the elevated phosphine levels in the Venusian atmosphere, the results also seem to beg another question: Is sniffing out phosphine, a gas only known to be produced by a very small sliver of Earth-based life forms, the best way to search for extraterrestrial life?

The answer may be no. Instead, with all apologies to those trying to reduce greenhouse gases from livestock here on Earth for the sake of our own biosphere, it is more likely another gas will represent the first chemical sign of life on another planet: methane.

ANALYSIS: The Best Way to Find Methane On Distant Worlds

In a recently published paper in the Planetary Science Journal entitled, “Abundant Atmospheric Methane from Volcanism on Terrestrial Planets Is Unlikely and Strengthens the Case for Methane as a Biosignature,” lead author Nicholas Wogan, a graduate student in the University of Washington’s Department of Earth and Space Sciences, posits that when high amounts of methane are found in conjunction with low levels of carbon dioxide, this would serve as a better indication of life than phosphine, or even oxygen.

“I think it’s really good that we’re seeing research like this,” explained Tessa Fisher, a graduate student at the School of Earth and Space Exploration at Arizona State University, in an interview with The Debrief. “In order to be able to detect the presence of life on an exoplanet with any confidence, based on the planet’s atmosphere, we’re going to have consider biologically relevant gases (such as methane) in the context of the rest of the atmosphere ― just seeing CH4 [methane] by itself wouldn’t be enough.”

Fisher explained that methane-producing microbes on Earth often consume carbon dioxide for “food,” so “if we see CH4 and low or no CO2, then the confidence that life is responsible for the CH4 is that much higher; otherwise, we can’t rule out non-biological processes.”

This same process already occurred on this planet, when the first forms of ancient cyanobacteria started churning out methane billions of years ago, and that would have been detectable in our atmosphere as much as a billion years before life had generated enough oxygen to be found. As a result, any hypothetical alien telescope designed to look at our atmosphere and search for oxygen may simply have dismissed Earth as a viable candidate for life for almost the first quarter of its 4.4 billion-year history, when microbial life was in fact already churning away.

With newer missions searching for life, we will keep our planet’s own history in mind. The James Webb Telescope that NASA plans to launch in October of this year, which NASA notes is “the largest telescope ever placed in space; 100 times more powerful than Hubble,” can zero in on previously confirmed exoplanets and use the light passing through that planet’s atmosphere to determine its chemical composition.

Researchers utilizing the James Webb Telescope will undoubtedly be looking for any gases they can find around exoplanets, including both oxygen and phosphine, but if they detect wavelengths indicating an excess of methane gas in conjunction with low amounts of CO2, the hunt for extraterrestrial life may finally hit pay dirt.

Dr. Knicole Colon, an astrophysicist and Deputy Project Manager for Exoplanet Science on the James Webb Telescope team, explained how, along with water vapor, “potential biosignatures like methane or carbon dioxide or oxygen are also accessible with the Webb instrumentation.”

“These are generally difficult measurements to make because the signals we are searching for are very small (e.g., absorption features due to methane in an exoplanet atmosphere), and there may be clouds or hazes that further reduce the atmospheric absorption signals we aim to measure,” Colon told The Debrief. “The best place we can start looking with Webb is at some of the brightest systems and closest systems to Earth.”

OUTLOOK: Trying to Find Life in All The Right Places

With missions to the atmosphere of Venus already in the planning stages, we may soon know whether or not some form of extreme life is floating in the clouds of the second planet from the sun, belching phosphine at detectable levels. A similar mission to one of the more than 4,000 planets (and counting) outside our own solar system is still likely decades if not centuries away, however.

Until then, the most promising method for Earth’s scientists to determine whether or not an exoplanet may harbor life is by searching its atmosphere from here for the telltale combination of chemical signs. Still, as Wogan and his co-authors note, “these conclusions should be taken with caution because they are based on what is understood about processes occurring on the Earth and our solar system, which may be a very sparse sampling of what is possible.”

Nonetheless, if our studies of exoplanets turn up inexplicably high levels of methane and low levels of carbon dioxide, expect more news articles discussing the finding in terms of the age-old question: Are we alone?