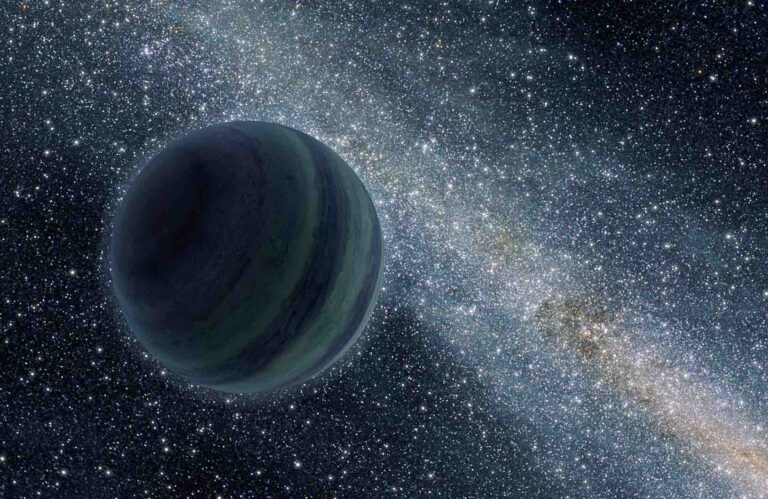 Rogue Planets: Potential Hosts to Life and Other Mysteries?

When I entered astrophysics thirty-five years ago, astronomers had widespread doubt that planets exist around other stars.

Today, this same make-believe leads to the prevailing notion that intelligence and consciousness are unique to humans and that the Universe at large is dead and silent. Gladly this prejudice is not universal. Members of the Galileo Project are willing to entertain the alternative and gather evidence that would test these notions empirically by studying interstellar objects.

After exo-planets were discovered, it became reasonable to expect that some of them could have been kicked out of their birth sites into interstellar space.  Dynamical studies of the Solar system indicate that its existing planets have stable orbits around the Sun for the foreseeable future. However, numerous other orbits could have been destabilized by gravitational perturbations from other planets – most notably Jupiter, or from a passing star in the outer Solar system. The natural selection of stable orbits could have shaped the orbital architecture of the remaining planets in the Solar system according to Bode’s Law.

Recently, new evidence for free-floating planets was gathered using the gravitational microlensing technique, which I pioneered in a paper with Andy Gould in 1992 and inspired many surveys to monitor millions of background stars. A rogue planet can be discovered when it gravitationally focuses light from a background star as it passes in front of it. A recent survey reported over a hundred candidates of free-floating planets, with another study discovering a rogue planet with an Earth mass.

Could rogue planets host life? If Earth would have been kicked out of the Solar system, its oceans would have frozen. In a paper I wrote with my former postdoc, Manasvi Lingam, we showed that an ocean world of an Earth-mass would have developed an ice layer with a thickness of tens of kilometers, but liquid water could have existed underneath the ice. The liquid water is warmed up by the radioactivity of isotopes in the planet’s rocky core. Nutrients and hydrothermal vents at the bottom of the ocean could give rise to single-cell organisms and bacteria similar to those in Earth’s early history.

However, without an oxygen-rich atmosphere above the ocean and some landmass, it is unlikely that complex life in the form of multi-cell organisms would develop on these rogue planets unless they pre-existed before the planet was kicked out from its parent nursery.

Based on the population of interstellar objects discovered in the Solar system over the past decade, I concluded in two recent papers (here and here) with my student, Amir Siraj, that more rocky material was ejected from planetary systems than can be found in them. If rogue planets develop subsurface life, they might contain most of the biomass in the Milky Way galaxy.

Planetary systems orbiting close to the central black in the Milky Way could be torn apart by its strong gravitational tide. As I showed in a paper with my former student, Idan Ginsburg, this process could lead to the ejection of hypervelocity planets, capable of escaping from the Milky Way galaxy after being shot out from its center. If their star had a companion star, then the planet could leave with one of the stars and maintain life as we know it without freezing. Such a planet can be identified as it transits its host hypervelocity star.

A population of hypervelocity stars ejected from the Galactic center was discovered in 2005 by my colleague at the Center for Astrophysics, Warren Brown. A new harvest of such stars is expected from the Gaia mission and could be searched for transiting planets.

In two follow-up papers that I wrote with my former postdoc, James Guillochon, we showed that when another massive black hole would sink to the Galactic center, for example, when the Andromeda galaxy would merge with the Milky Way, the pair of black holes could act like a pinball machine and eject stars with their planets at a speed that approaches the speed of light. Such a process could lead to habitable planets roaming through space near the speed of light.

If interstellar travel agencies were to sell tickets for a ride on these relativistic planets, I would be first in line to board them. There would perhaps be no greater fun, especially after this long pandemic, than having the opportunity to explore the Universe in person rather than settling for doing so remotely.